Anna Harrison: From Campion to YMT 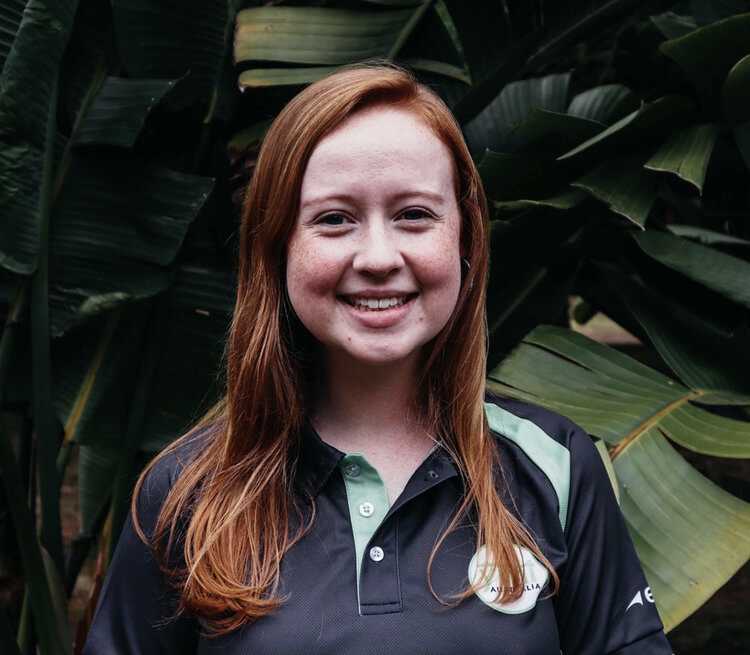 Anna Harrison, Class of 2019, has had a busy two years since completing her studies at Campion.

Shortly after finishing her final exams, the Wollongong local surprised family and friends with the news she had “answered the call” to be part of the 2020 Youth Mission Team (YMT). Pressing pause on plans to commence a Master in Teaching, she soon found herself on the other of the country in Perth and after a fantastic year (in spite of a few pandemic pauses), said “yes” to round two with the Sydney YMT team in 2021.

We sat down with Anna to reflect on her Campion experience and discuss her YMT journey so far.

Question: Let’s go back to the very beginning… how did you first hear about Campion?

Anna: I first heard about Campion College when I was younger through some family friends attending at the time. It was not until I was 16 and studying a Cert IV at Augustine Academy that I looked into the college with serious interest.

Campion was a recommended course for all the Augustine students interested in pursuing their study in the Liberal Arts.

Was it a natural progression from Augustine to Campion?

I was initially hesitant to study at Campion, as I had already completed a year in the Liberal Arts. The thought of three more seemed pointless at the time. Yet, my love for understanding concepts, the history of humanity, and the Church, had been nourished and challenged at Augustine Academy. I felt compelled to learn more, almost thirsty for a deeper understanding. Convinced I had not finished formally studying these subjects, I enrolled at Campion.

You commenced your studies at Campion in 2017. Looking back, how would you describe your overall impression of the course?

I greatly enjoyed Campion’s integration of chronological history into all of their core units as a unique way to study and see the progression of the Western World through the lens of philosophy, theology, and literature alike. I majored in history and loved to see how it progressed throughout time and led to developments in the other core disciplines of the course. To trace today’s issues and blessings back in time and see the cause and effect of how the world came to be presently. I found this to be one of the most satisfying and enjoyable aspects of my time at Campion.

Apart from the course itself, what did you enjoy most about your time at Campion?

It is hard to narrow down what I most enjoyed about my time at Campion as there were numerous highlights. The research and challenge to clearly understand a thought, and be able to articulate and defend or compare that thought in the context of broader knowledge, through either written or spoken word, leaves you with a wonderfully refined expression, and fresh perception of how to approach all sorts of situations and ideas in life.

Additionally, I cannot underestimate the communal aspect of living on campus at Campion.

Friendships forged through shared values and experiences of fun, creativity, faith, learning, and growth will remain a significant highlight from my time at Campion. 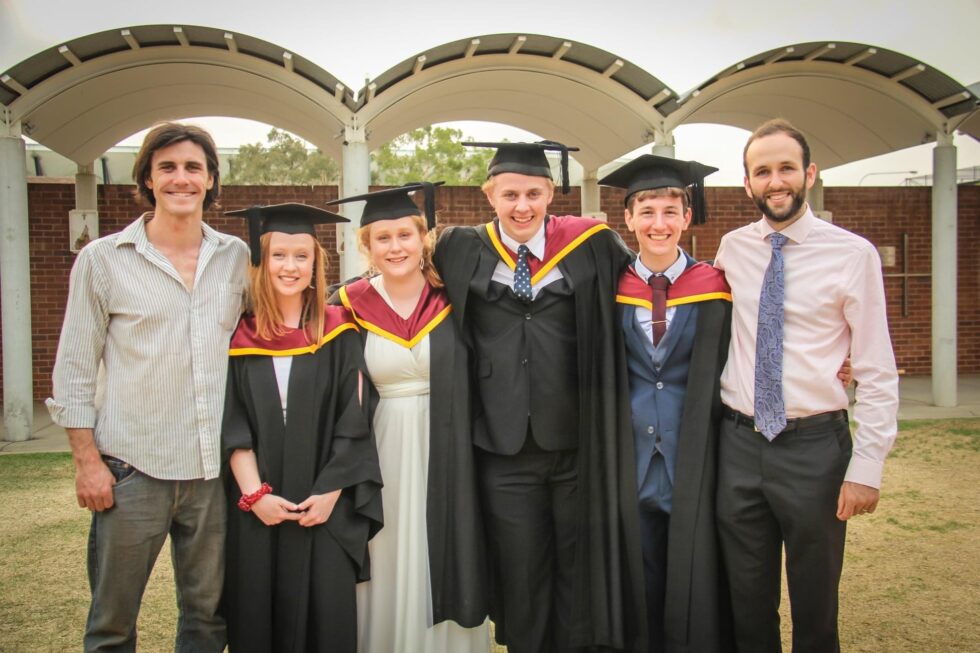 So it’s 2019, leading up to graduation and you’re thinking about what to do next. Why did you decide to join YMT?

I decided to join YMT after graduating from Campion as I had desired to do full-time missionary work for a long time. I knew about the organisation as a child, having many friends and family members join before me. I also attended a youth group and youth camps run by YMT as a teenager and so knew firsthand some of the benefits of their ministry.

Did your time at Campion have a role to play in that decision?

During my time at Campion, my conviction in the Catholic faith deepened. I fell even more in love with God and His Church through studying theology and being in a community that nurtured participation in the sacraments and Catholic life. I believe my time at Campion was an essential formation period that helped equip me for my mission work. 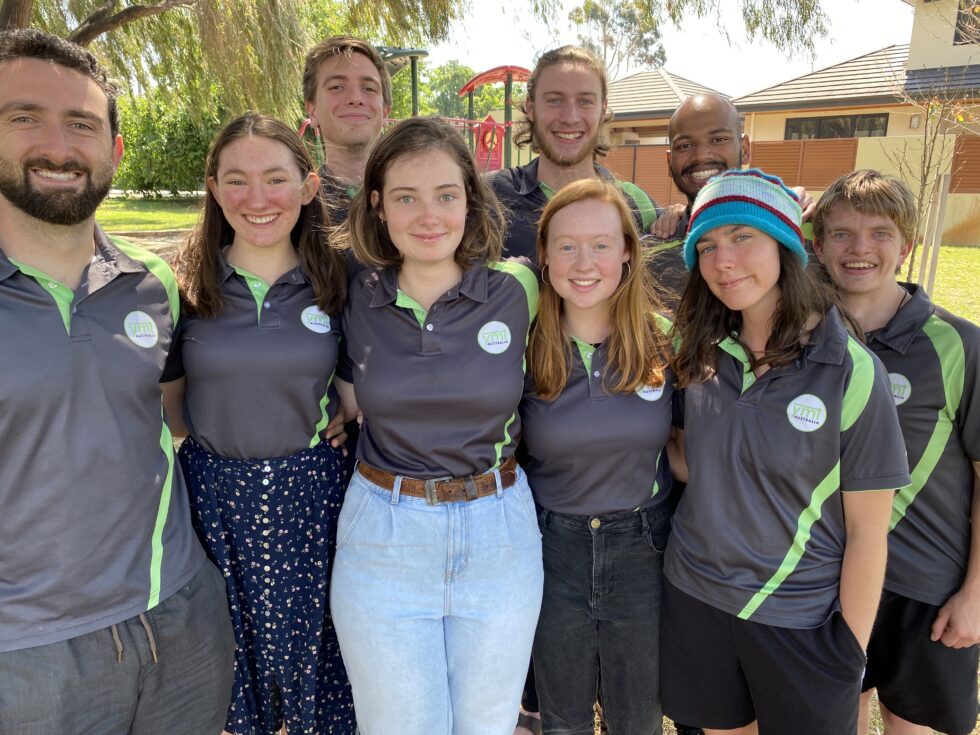 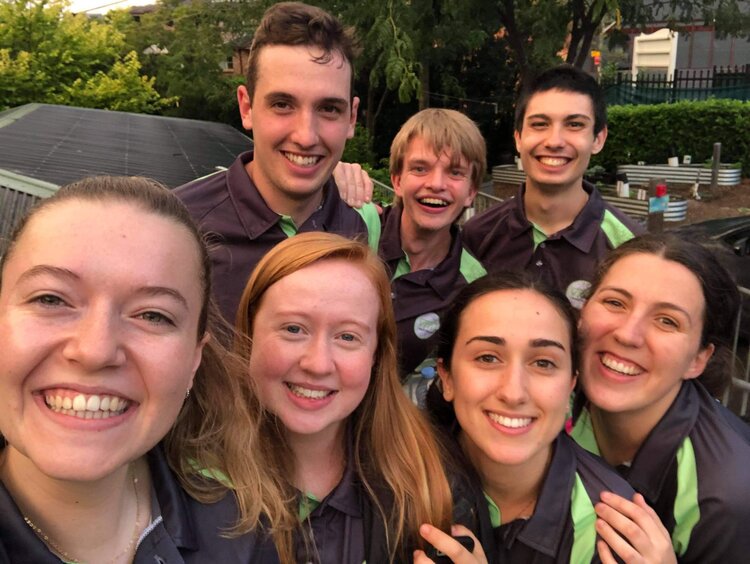 How did you find the transition from Campion to YMT?

I found my transition from Campion College to YMT to be a timely one.

Campion taught me a lot of logic, ideas, and concepts. YMT has been a beautiful opportunity for a practical application of some of these concepts, beginning with a recognition of what most of the youth of Australia experience as their reality: one that does not readily seek truth, beauty, and goodness.

To meet the young people where they are at in their life, and hopefully share how the Christian message, the kerygma, has affected me personally, is a constant focus of the mission. My years at Campion helped solidify my understanding; YMT has helped me discover what it looks like to communicate this to the unchurched.

Were there any Campion experiences you found particularly helpful in preparing you for youth ministry?

Campion College taught me a lot of things that have positively impacted my work with YMT.

I was also able to practice improvisation and problem solving as most tutorial discussions frequently put you on the spot and teach you to learn to speak and defend your point and opinion at random.

The apologetics that you pick up in conversations with fellow students and volunteer work with varying political activist groups have also taught me succinct and yet pastoral responses to various ‘spicy’ questions regarding the Church’s stance on moral topics.

I gained teamwork and leadership skills through participation in the theatre society and employment with the college as a Residential Assistant.

Additionally, developing my critical thinking helped me in many moments with my ministry.

Overall, my experience of being in a strong faith community prepared me for my missionary work by deepening my understanding of Church teachings while allowing them to change my own life along the way. 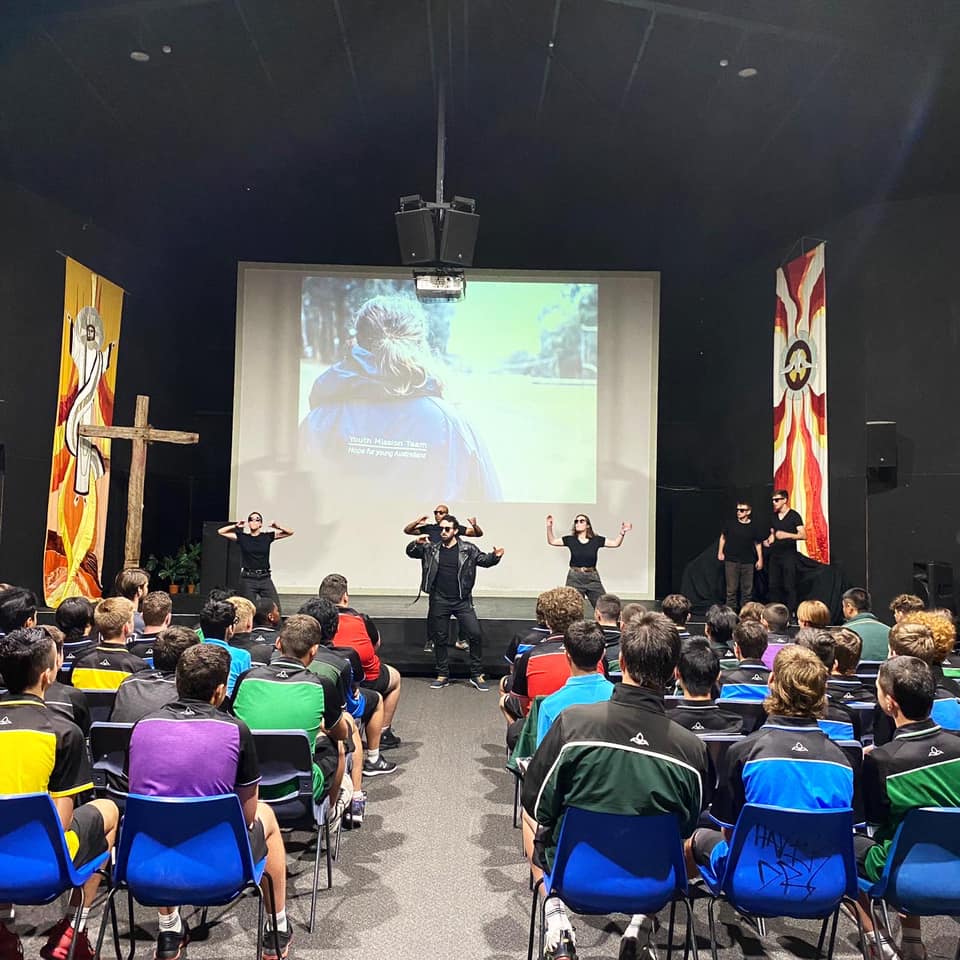 YMT skits during a Year 9 retreat.

Would you recommend YMT to other Campion graduates and vice versa?

To any Campion graduates who wish to share their personal faith with high school students through creative mediums such as theatrical skits, testimony, workshops, and discussions about self-worth and God’s love, I would definitely recommend thinking about joining YMT. If you feel drawn to an upfront presentation or small group discussion, or committing to a year of communal living, prayer, and formation, then YMT has a lot to offer. It is a radical decision, yes, but in a way so is choosing to study at a countercultural institution.

For any YMT alumni looking at studying at Campion College, I would always recommend taking the opportunity to study one’s Faith alongside her complementary disciplines of history, philosophy, and literature. Transitioning out of a missionary year can be an emotionally and mentally draining experience.

Campion College is a beautiful community where one may find comfort in peers who share similar values, are social and creative, with staff who wish to impart wisdom and a love of learning. Campion is a brilliant place to nourish both the mind and soul.