Its Australian origins stem from the Campion Fellowship, a national association of Catholics formed in 1973 to provide adult education programs. But the college has a wider and longer history; internationally, from its contacts with institutions in Europe and North America, and historically, relating to the great traditions of higher learning in the liberal arts going back to Plato’s Academy and the medieval universities.

From the 1970s, the Campion Fellowship enjoyed strong links with Catholic liberal arts universities and colleges in America and, in time, developed a proposal to found a corresponding institution in Australia. The aim was to provide a broad, pre-vocational education at the undergraduate level, based on a similar curriculum of core subjects in the humanities and sciences, but be suited to Australian cultural conditions and educational requirements.

The College was named after the notable 16th century Oxford scholar and martyr, St Edmund Campion, who had long served as a patron of lay Catholic educational initiatives in Australia, beginning with the Campion Society in the 1930s.

In 2001, the Campion Foundation Limited was established as a public company to build upon this earlier work and to provide the necessary planning and financial support for the founding of Campion College Australia. The Foundation continues to operate as the college’s long-term fund-raising arm. The Foundation purchased the 10-acre campus at Old Toongabbie, which it had leased during the early years of the college’s operation, and it will be funding future building developments as the College expands.

In 2001, at the same time as the Foundation, the Campion Institute Limited, with the trading name of Campion College Australia, was registered as a public company. The College’s first staff members were gradually appointed, a substantial academic library was assembled, and a comprehensive building refurbishment was undertaken in preparation for the College’s opening in 2006.

On 1 July 2005, Campion College was officially approved as a registered Australian higher education institution by the NSW Department of Education and Training. The College’s foundation undergraduate degree, a Bachelor of Arts in the Liberal Arts, was accredited on the same date

Campion’s first graduation ceremony, in December 2008, was a significant milestone. It marked the first phase of the institution’s development, as the inaugural students received their degrees, and it confirmed the College’s commitment to nurture future students in the liberal arts who will, by the quality of their education, be able to live out a mission of leadership and service to society.

In 1573, Campion joined the Society of Jesus in Rome after earlier study at a seminary in Douai, France. He entered the Jesuit novitiate in Prague and later moved to Brno, a city in Moravia located in the present-day Czech Republic.

On account of his previous accomplishments at Oxford in philosophy and theology, Campion completed his course in only five years. In 1578, he was ordained by the Archbishop of Prague.

During this period he taught at the Jesuit College in Prague. He also wrote plays, marked by a didactic purpose which reflected the educational philosophy of the Jesuit order. As Evelyn Waugh explained in his biography of Campion:

‘The Jesuits sought to present everything as having an immediate significance and intrinsic interest; they fostered competition and argument with the result that the driest grammatical questions became the subjects of hot debate. Wherever they went they encouraged oratory and acting; they paid particular attention to style of language and dexterity of wit, but chose the material of their exercises so that, in the course of them, knowledge was acquired, almost without effort.’ 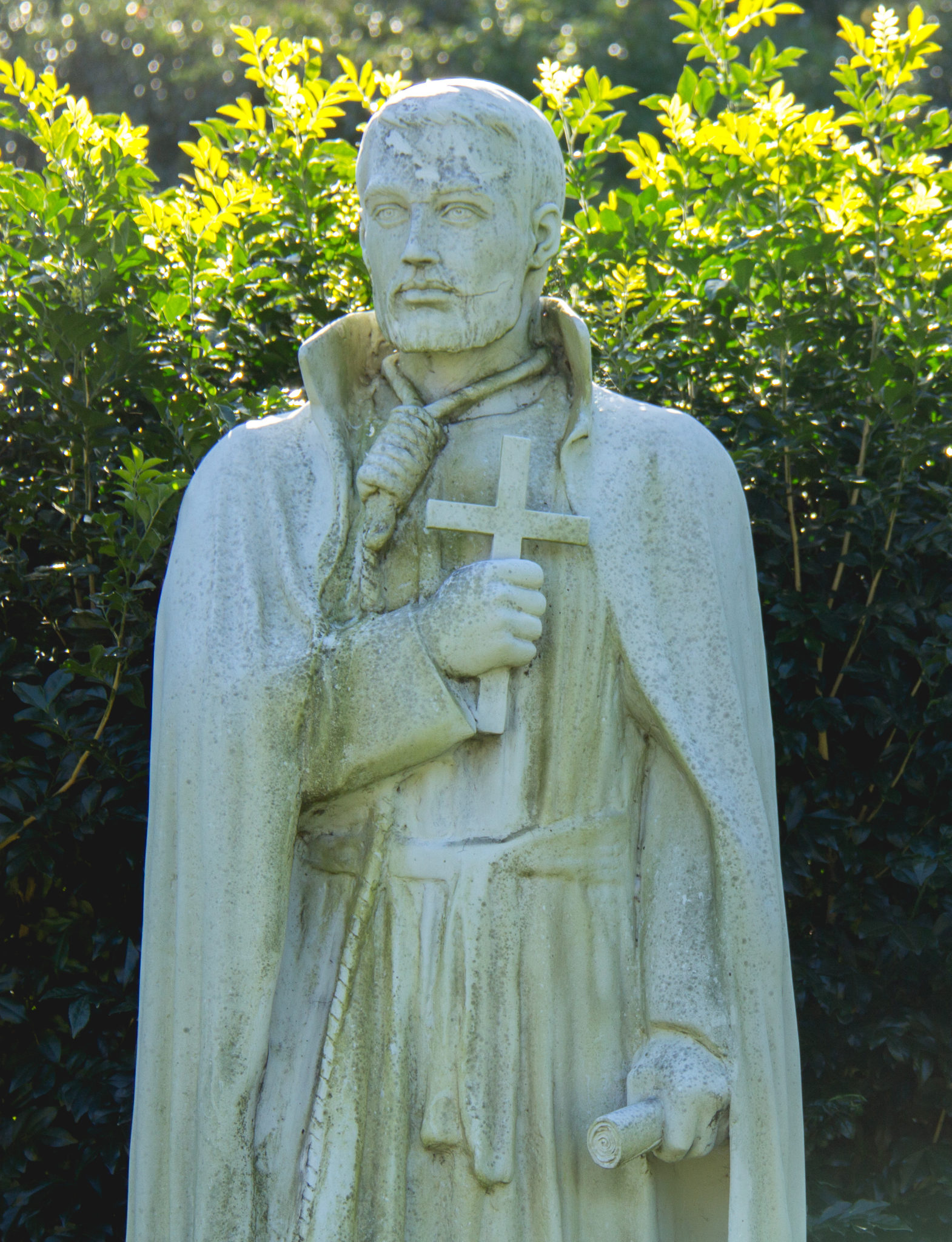 In 1580, Campion returned to England as part of the English Mission which had been founded to support Catholics following the Protestant Reformation. In a famous statement called Campion’s Brag, explaining his purpose in coming to England, Campion testified that he had taken vows as a Catholic priest in the Society of Jesus.

After a year of secret travel around various parts of England, ministering to the Catholic people who were suffering discrimination and persecution, Campion was captured. Following bouts of torture and a trial, he was martyred at Tyburn in London on December 1, 1581. Evelyn Waugh described the change in Campion in these final years:

‘That the gentle scholar, trained all his life for the pulpit and the lecture room, was able at the word of command to step straight into a world of violence, and acquit himself nobly; that the man, capable of the strenuous heroism of that last year and a half, was able, without any complaint, to pursue the sombre routine of the pedagogue and contemplate without impatience a lifetime so employed – there lies the mystery which sets Campion’s triumph apart from the ordinary achievements of human strength; a mystery whose solution lies in the busy, eventful years at Brunn [Brno] and Prague, in the profound and accurate piety of the Jesuit rule.’