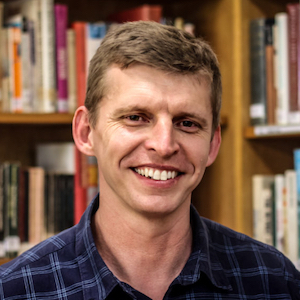 Dr. Stephen Chavura teaches European and Australian history. Prior to Campion he taught the philosophy of social science and political theory and several Australian universities. He has published in numerous journals including History of European Ideas, Journal of Religious History, and Australian Journal of Political Science. His most recent (co-authored) books are The Forgotten Menzies: The World Picture of Australia’s Longest Serving Prime Minister (MUP, 2021) and Reason, Religion, and the Australian Polity: A Secular State? (Routledge, 2019).

He is a contributor to The Australian and has also written for Spectator Australia and ABC Religion and Ethics. His recent co-authored book on Menzies was listed in the Sydney Morning Herald’s ‘Most Anticipated Books of 2021’. In 2021 he recorded a two-part interview with former deputy-Prime Minister John Anderson: Part 1, Part 2.

Dr. Chavura loves many things about teaching at Campion, including the community atmosphere, the excellent library, and the relationship between staff and students. Most of all he likes teaching in an institution whose mission aligns with his own: to come to grips with the greatest events that have ever taken place and the greatest ideas that have ever been thought.

Many of Stephen Chavura’s scholarly publications can be accessed at https://independentscholar.academia.edu/StephenChavura.