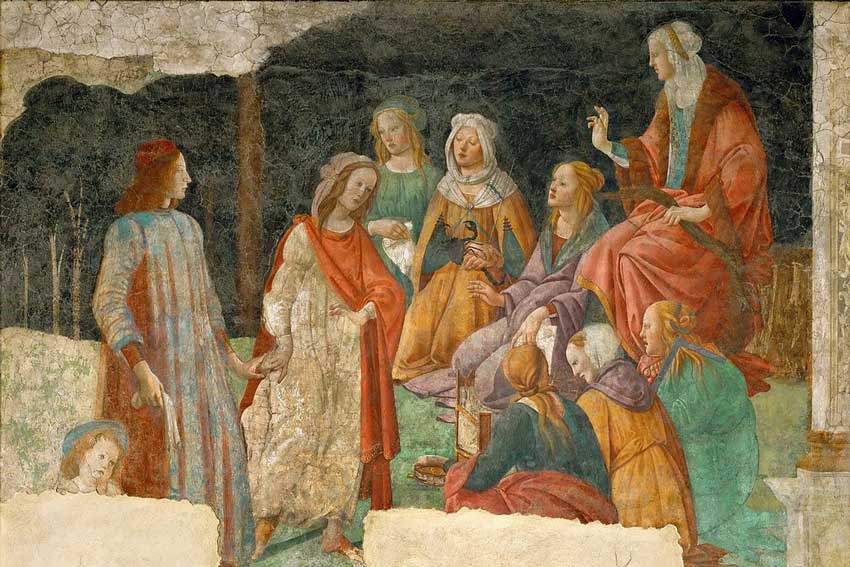 With HSC students now taking the Studies in Catholic Thought course for the first time, Campion’s Dr Jeremy Bell gives some insight into how the program, which introduces high school students to the liberal arts, took shape.

This article appeared in The Catholic Weekly on 26 September 2020:

At the beginning of this year, I had the pleasure and privilege of leading a philosophy and theology study tour to Athens and Rome for teachers of the Studies in Catholic Thought curriculum, which some NSW Catholic Schools have introduced as a complement to Studies of Religion.

The tour took place in the shadow of Australia’s Black Summer and, it soon transpired, on the eve of the worst global pandemic in a century. (We arrived in Europe on the night of Tuesday 7 January – the very day that Chinese scientists first identified the strain of coronavirus that would later become known as COVID-19.)

Yet for nearly two weeks, the horrors of 2020 receded into the background as we toured ancient ruins and grappled with life’s permanent problems.

Against the backdrop of Plato’s Academy and St Peter’s Basilica we asked such questions as: what does it mean to be human?

WHAT IS A GOOD AND HAPPY HUMAN LIFE? WHAT ARE THE RESPECTIVE PROVINCES OF FAITH AND REASON? WHY DOES GOD PERMIT EVIL? QUESTIONS LIKE THESE ARE AT THE HEART OF WHAT IS SOMETIMES CALLED “LIBERAL EDUCATION”.

St John Henry Newman defined liberal education as a “process of training, by which the intellect, instead of being formed or sacrificed to some particular or accidental purpose, some specific trade or profession, or study or science, is disciplined for its own sake, for the perception of its own proper object, and for its own highest culture”.

To read, think, and talk earnestly and systematically about the things that matter most, simply for the sake of doing so, is to undergo a liberal education.

Liberal education was not traditionally restricted to what we now call the “humanities” but included mathematics and natural science.

Indeed, the study of any serious subject simply for its own sake belongs by right to a liberal education.

Young men and women who love learning naturally want to know everything worth knowing.

But in an age of specialisation and fragmentation the old ideal of a truly universal education has all but vanished.

The Studies in Catholic Thought program, whose two guiding questions are “what is the human person?” and “what is the good life?”, gives students a first taste of such an education.

THIS IS WHAT WE FOCUS ON AT CAMPION COLLEGE, WHERE STUDENTS STUDY THESE KINDS OF QUESTIONS AT A TERTIARY LEVEL.

This does not make liberal education “irrelevant”. It is perhaps especially in times of tribulation and terror that we need to remember the things that matter most.

Life is about more than the indefinite postponement of death.

A truly human life is one oriented towards the true, the beautiful and the good – the lodestars of the gloriously useless pursuit that is liberal education.