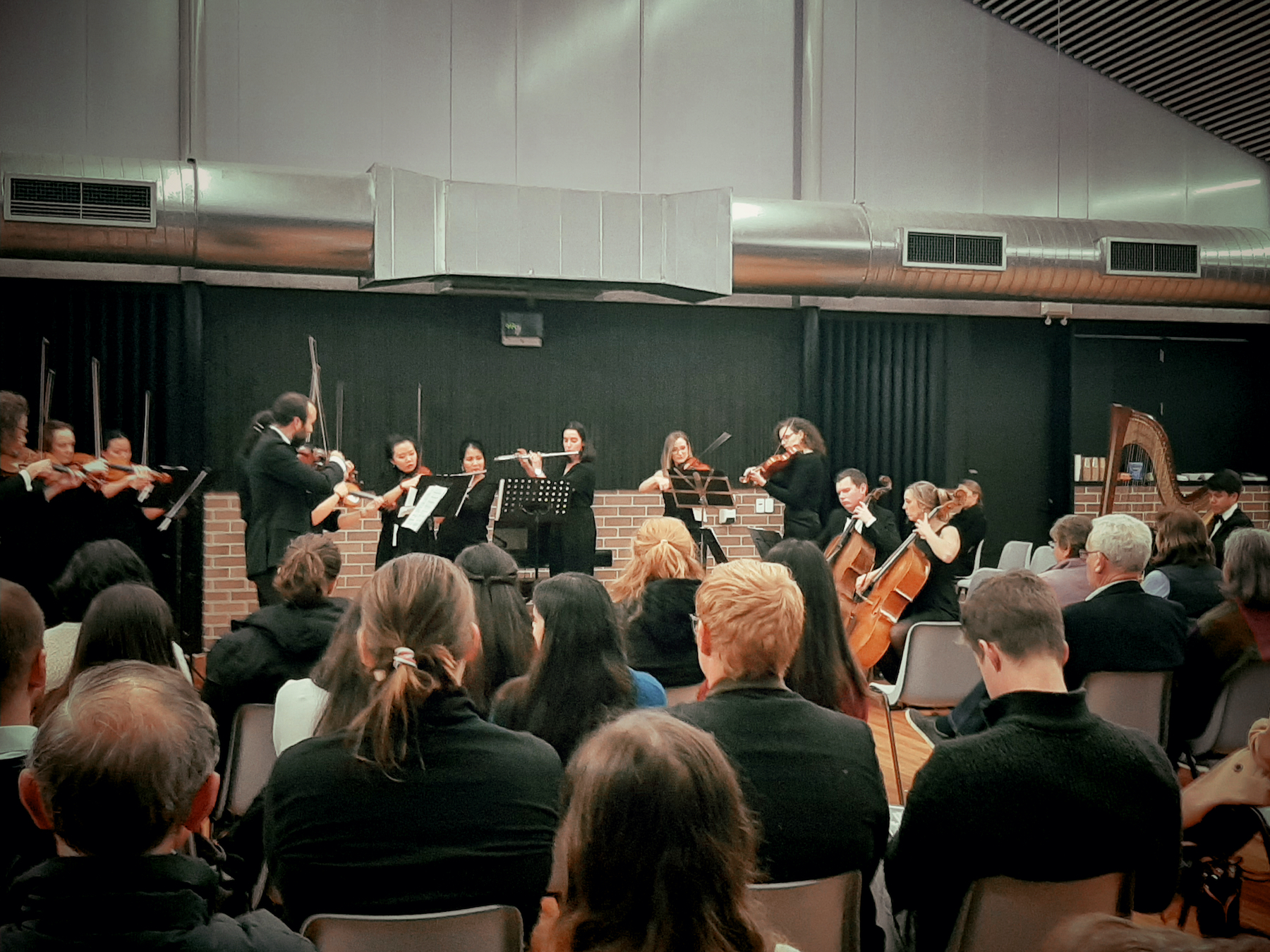 Having played with other string players for a number of Catholic events – weddings, Christmas carols, Artes Christi concerts – Robert van Gend (Class of 2014) knew that there were many talented Christian string players in Sydney who had little opportunity to play and perform. It was this thought and his interest in conducting that led him to start Sursum Corda, a string orchestra whose purpose is to edify and educate, to build up the musical culture in the Church, and to defend and pass on the treasures of Western Civilisation.

Sursum Corda began rehearsing in early 2020 (with a short break in the middle of the year due to lockdowns) and performed their first concert, a history of Western Music, in November 2020. The second concert (June 2021) was a programme of music inspired by folk tunes, including works by Sibelius, Brahms and Grieg. For this concert the strings were joined by flutes, organ and harp. Another concert is being planned for November 2021, with a baroque theme. We hope to have a concert on campus in the future, conditions permitting.

Sursum Corda is very grateful for Campion’s support in providing the SECB as a rehearsal space. With a number of alumni in the orchestra, having rehearsals at Campion has been a wonderful opportunity to visit campus on a regular basis and interact with current students (when restrictions allow it). It has been a mutually beneficial arrangement: the orchestra gets a great rehearsal space, students studying in the library get live study music of the best kind, and the college gets another of the seven classical liberal arts on campus. 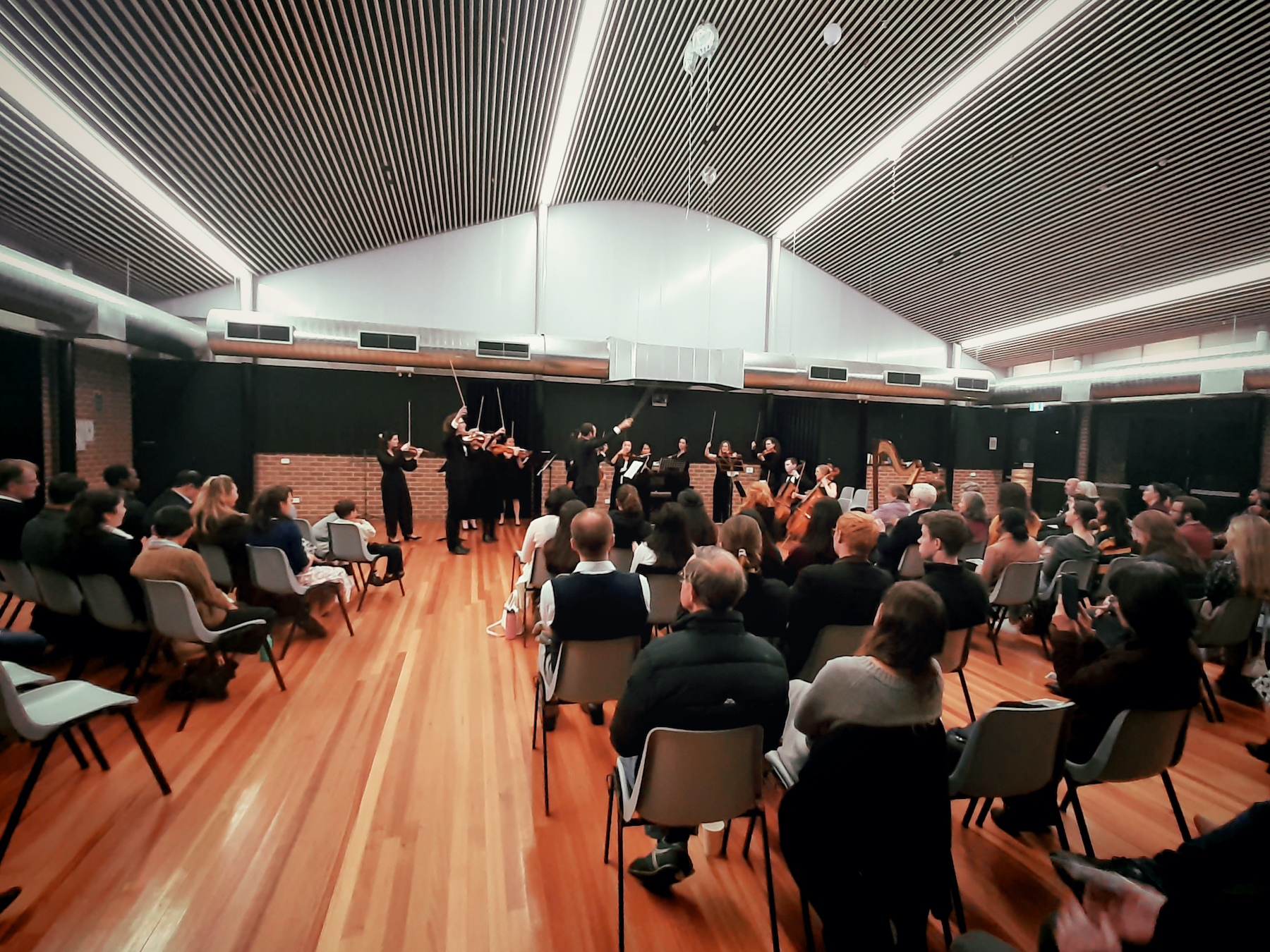