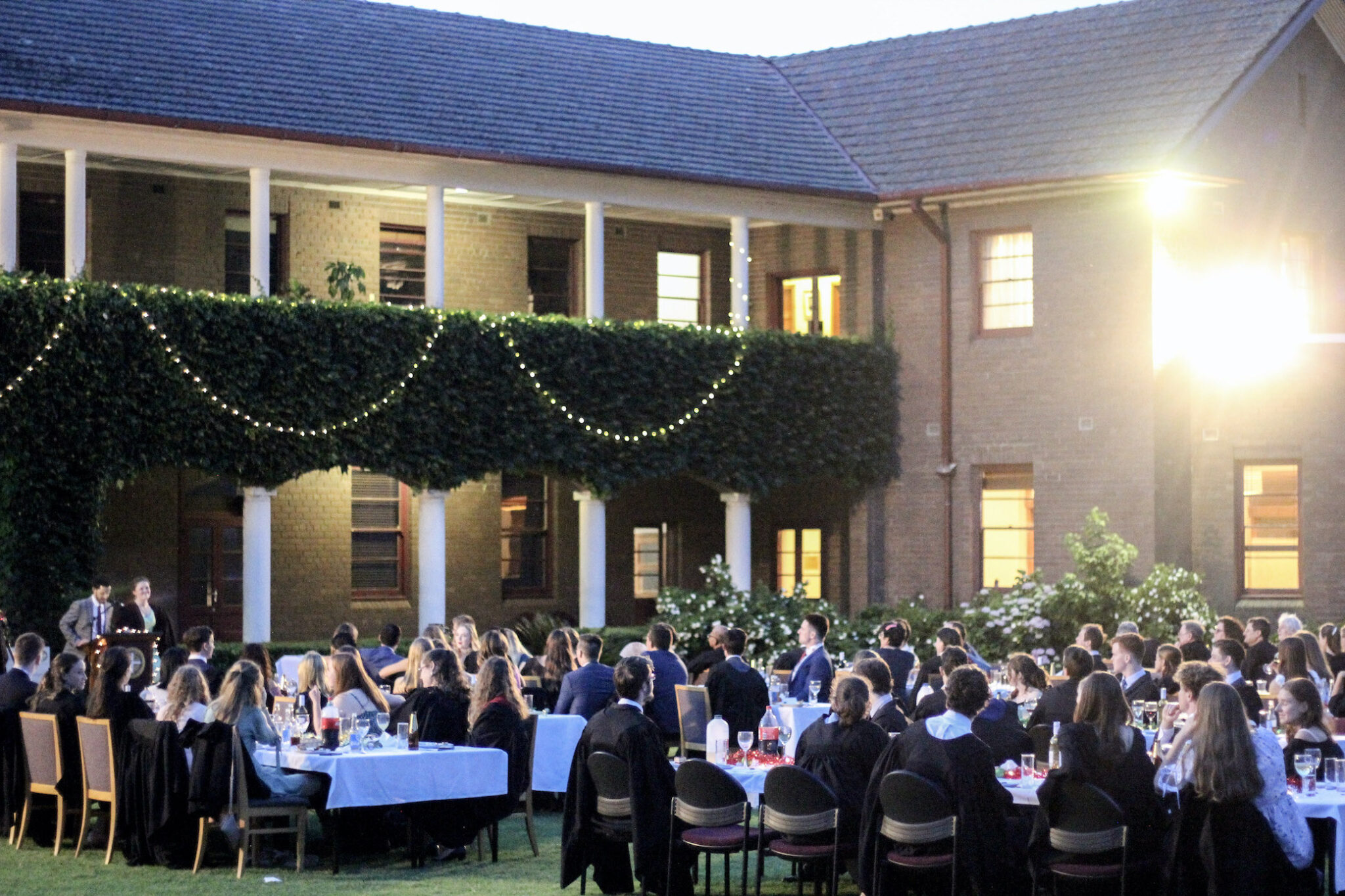 On Thursday 19th November, Campion celebrated the end of its academic year with the annual Réveillon dinner.

The celebrations began with Mass, which was held on the back lawn under the clear sky and accompanied by the schola and native bird songs. Fr Peter encouraged the students to “go out” and be willing to share what they have learned over the year with others. Following Mass, students and staff gathered for dinner on the front lawn.

Jonathan Grace thanked the 2020 Residential Assistants who have all done a wonderful job adapting to a challenging environment. The RAs for next year were also announced and we have the pleasure of looking forward to seeing Charity Power, Kate Harrison, Hannah Portelli, Paul Murphy, Bede Funnell and Peter Morton in these roles next year.

Phoebe Lawrence read out a touching poem by April Coulson who, while unable to be at the dinner in person, certainly made a beautiful contribution through her poetry.

After dessert, it was time for the awards: Lucy Smith carried away the Noreen Mavis Daley Poetry Prize with Simeon Casey and Naomi McClarty as runners up; Johanna Ryan was the recipient of the Ted O’Halloran Latin Prize and Gareth Cassidy (in absentia) won the Fr Paul Stenhouse Prize for Literature from Frances Ryckmans and Family.

Andrew Murphey and Mary English gave the third-year student speech accompanied by much laughter as they summarised three years at Campion and recalled the highlights, lowlights and memorable moments that defined and shaped the Campion experience for their graduating year group.

Samuel Laffy and Aidan Shogren, accompanied by Patrick O’Connell on the guitar, then performed the Paul Kelly song, ‘To Her Door’ with much enthusiasm and entertainment value.

The Campion College Student Association was also farewelled with much gratitude for the hard work and creativity they have put into student events this year, both online and in person where possible. Annelise Van Rensburg has shown excellent leadership as President, alongside Phoebe Lawrence as Secretary and Thomas Galouzis as Treasurer. The executive team have put a huge amount of work and enthusiasm into their roles and they will be missed. The outgoing CCSA handed over their roles to the new student executive made up of Campbell Evans as President, Sophia Shogren as Secretary and Cate Meese as Treasurer.

The formal part of the evening concluded with a blessing from Fr Peter. A sincere thanks to all students and staff who helped prepare for such a memorable evening, especially Marian, Jonathan, Teresa, Lesley, Fr Peter, Tania and all the kitchen staff. 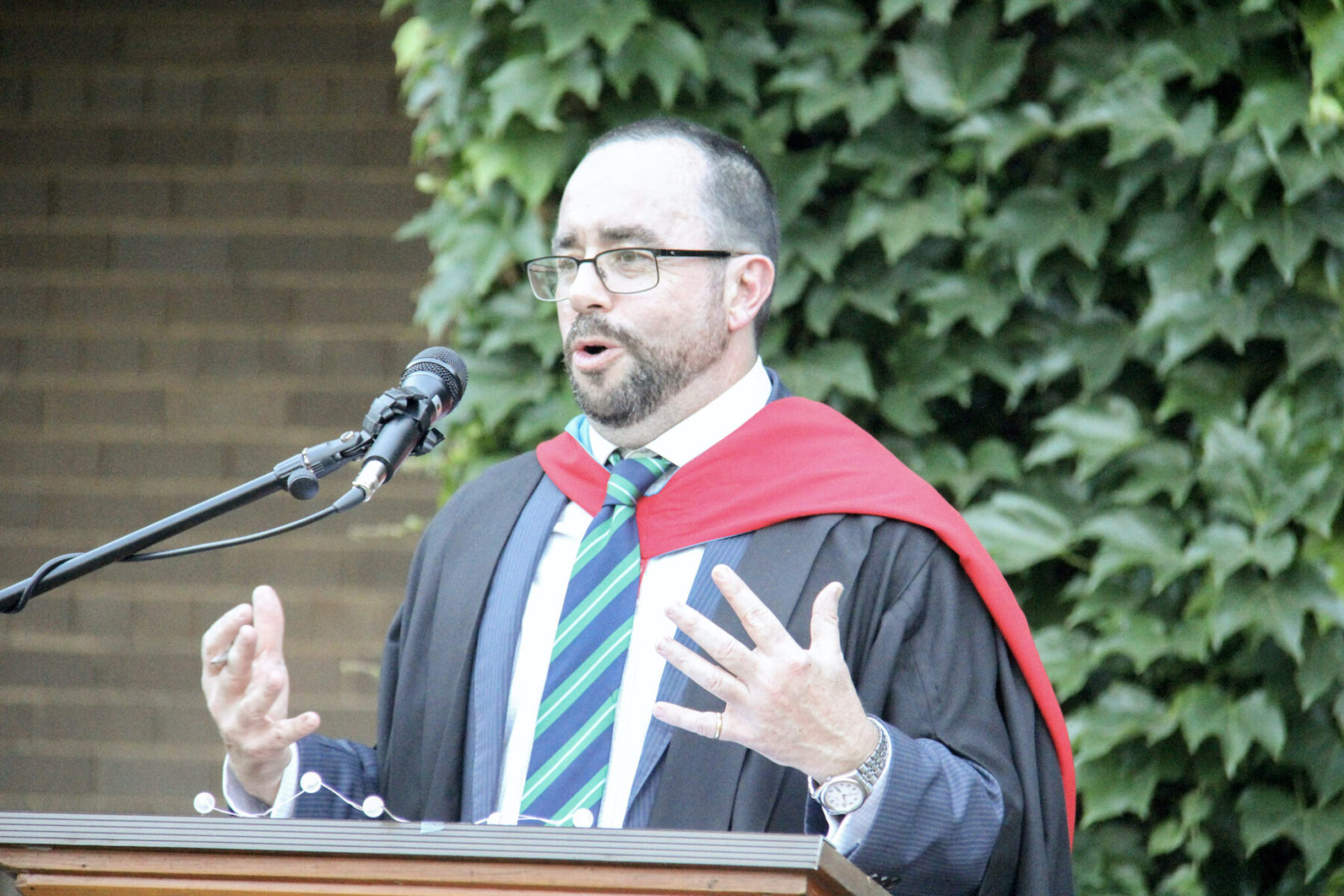 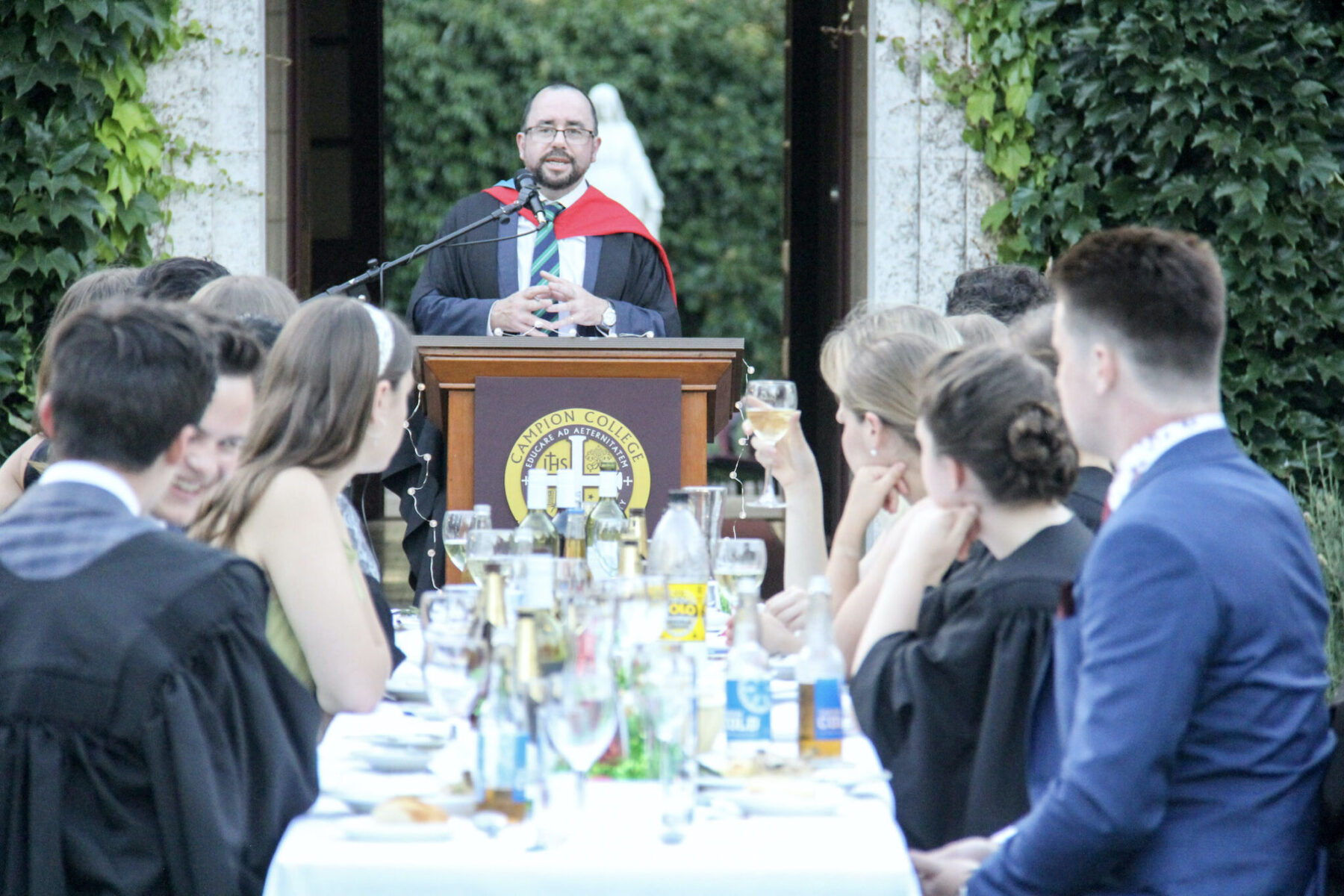 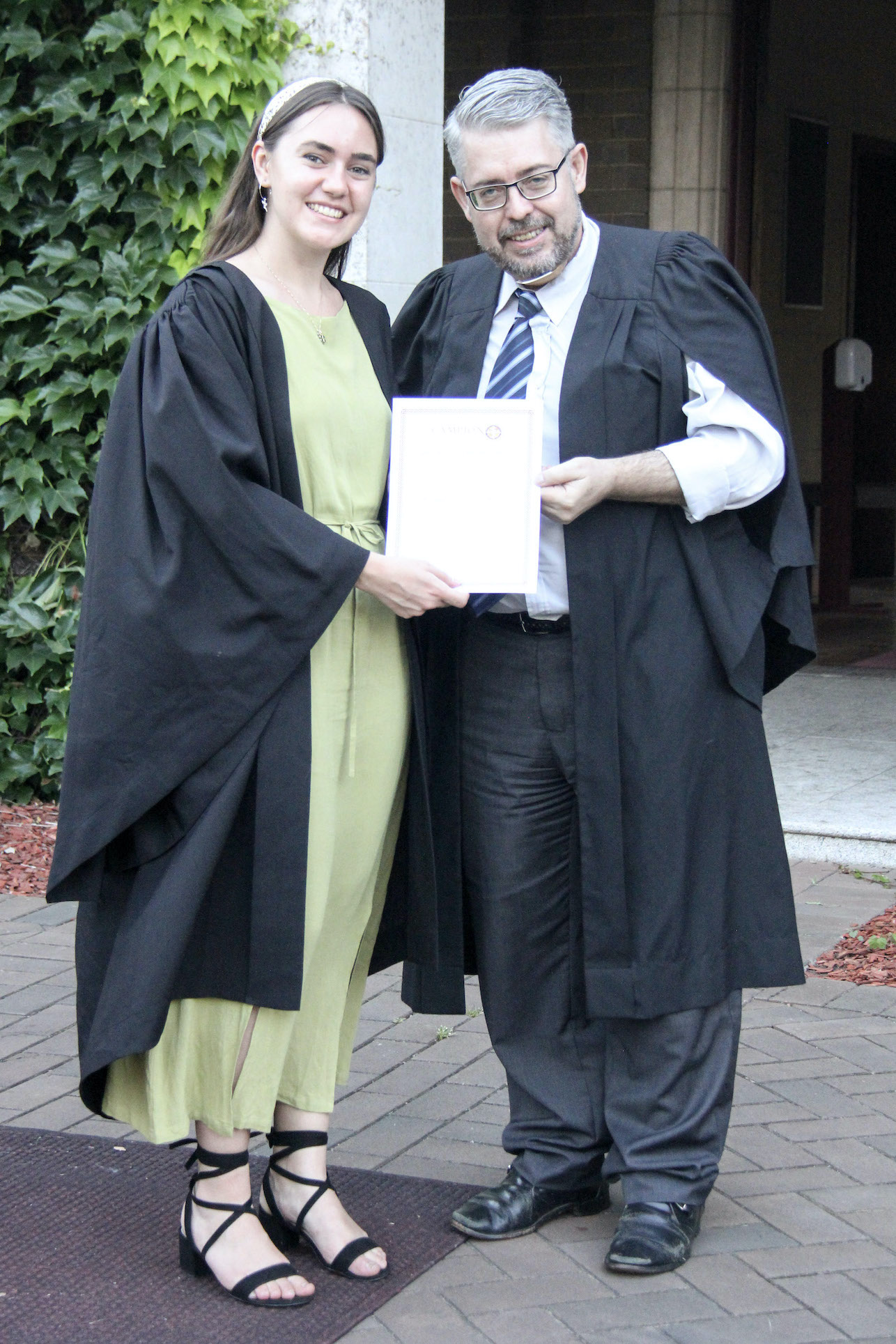 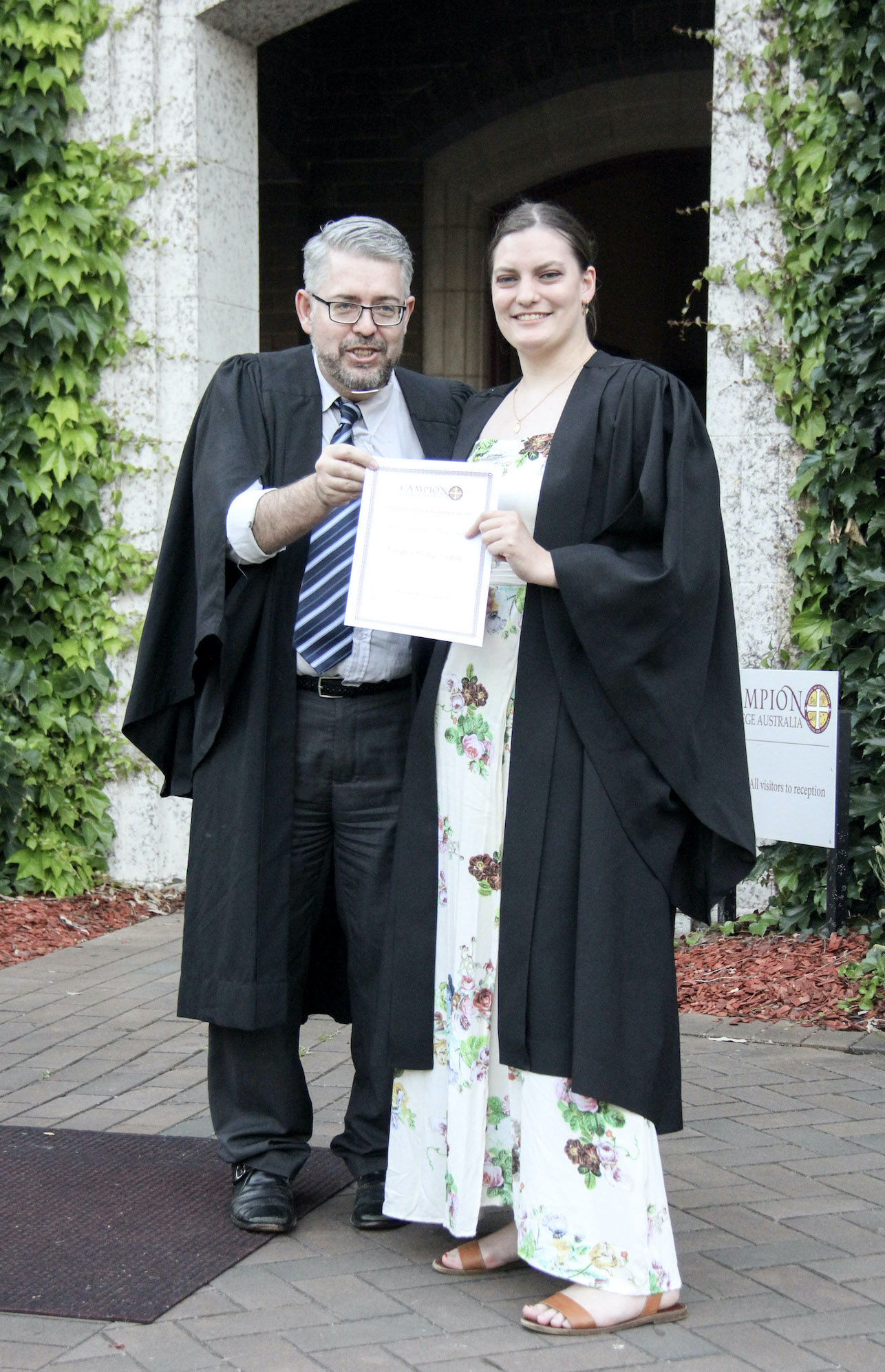 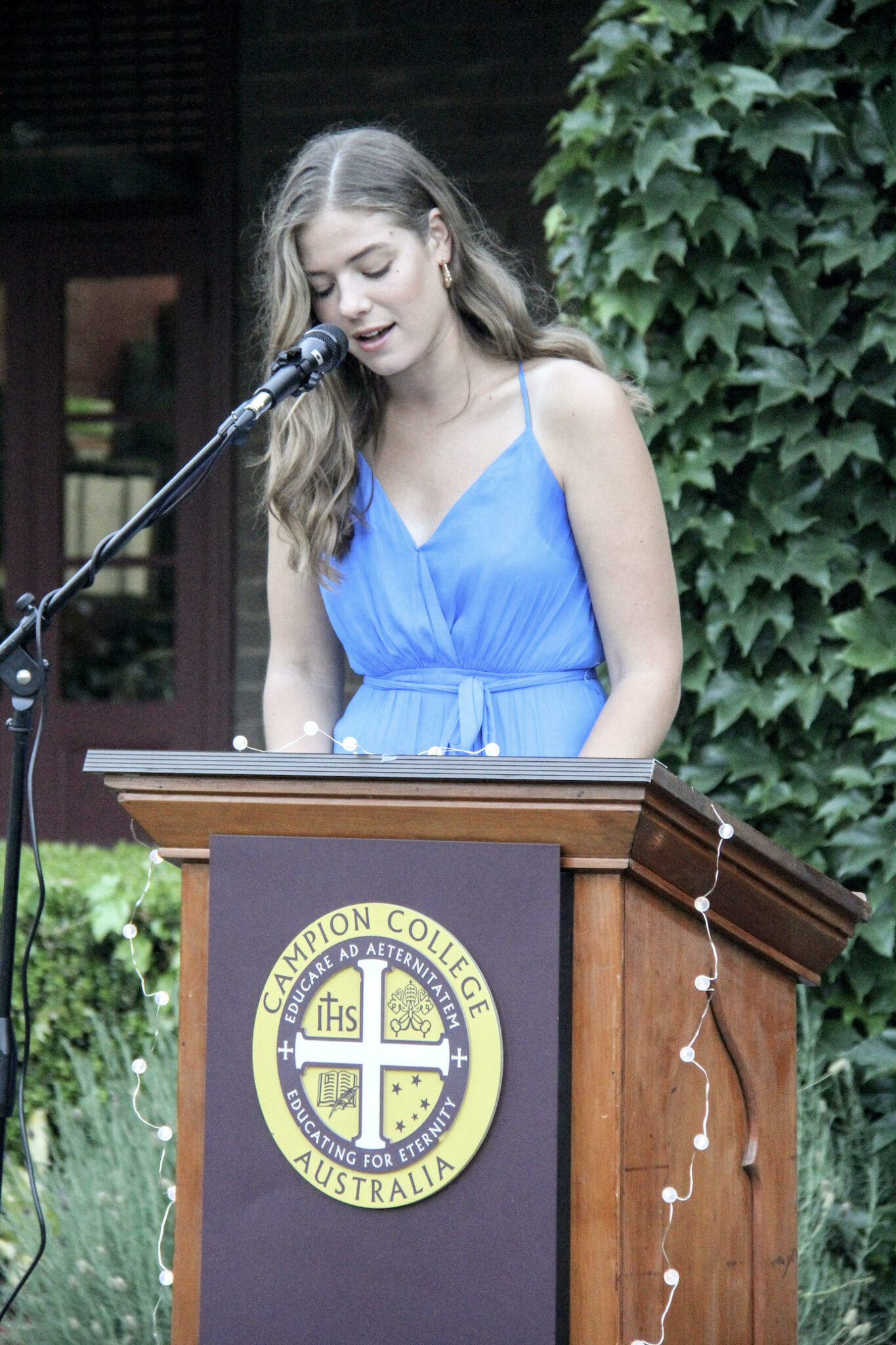 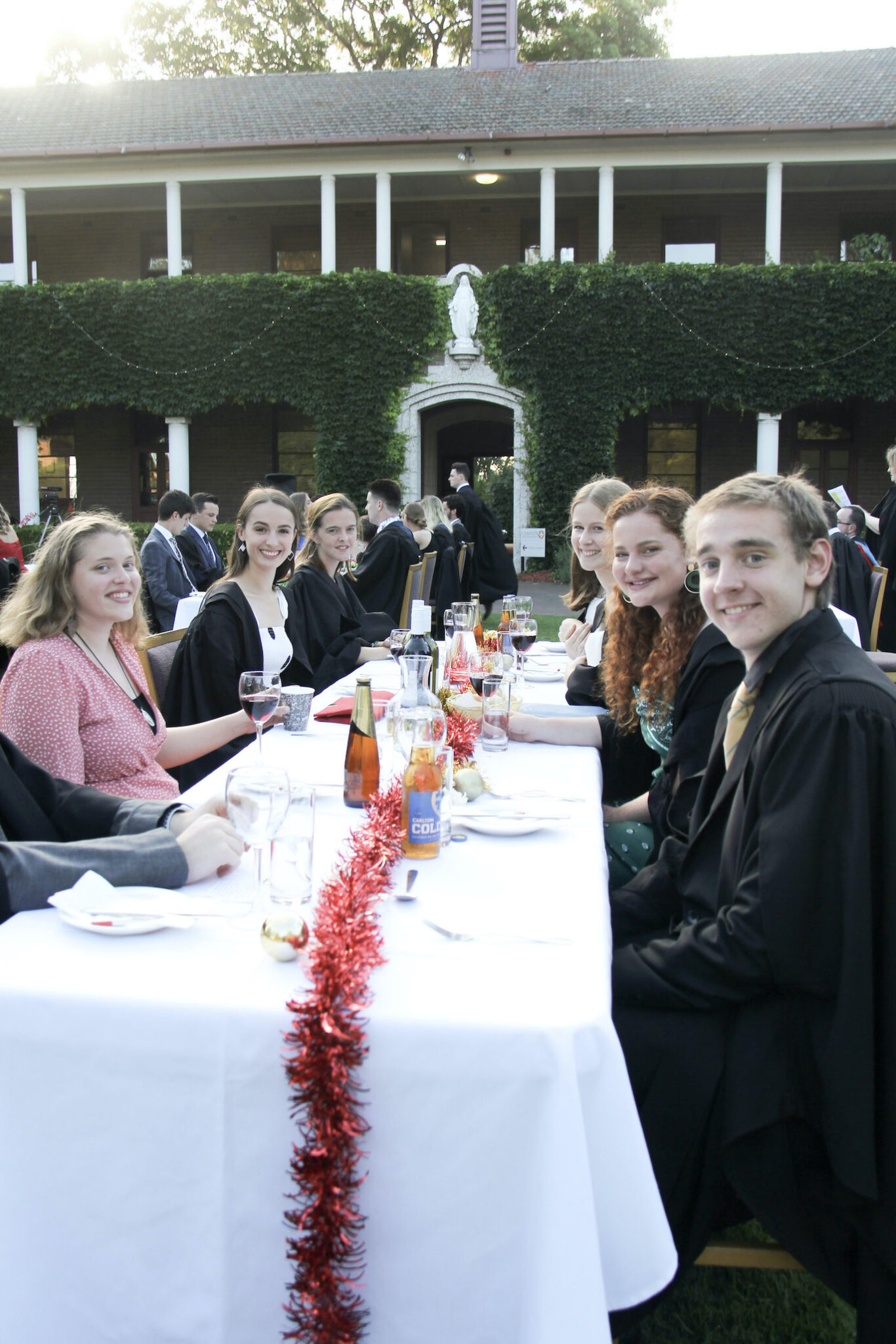 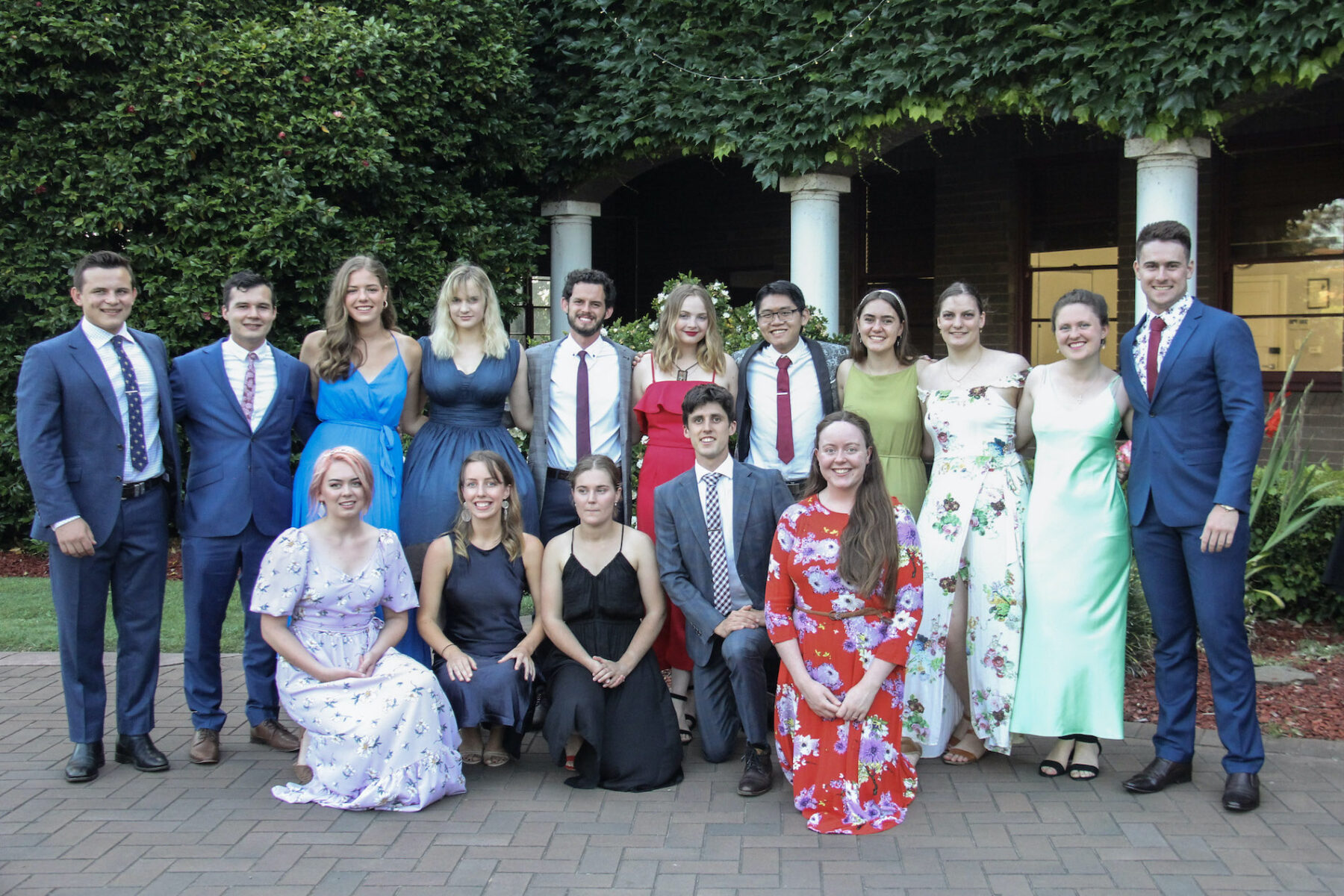 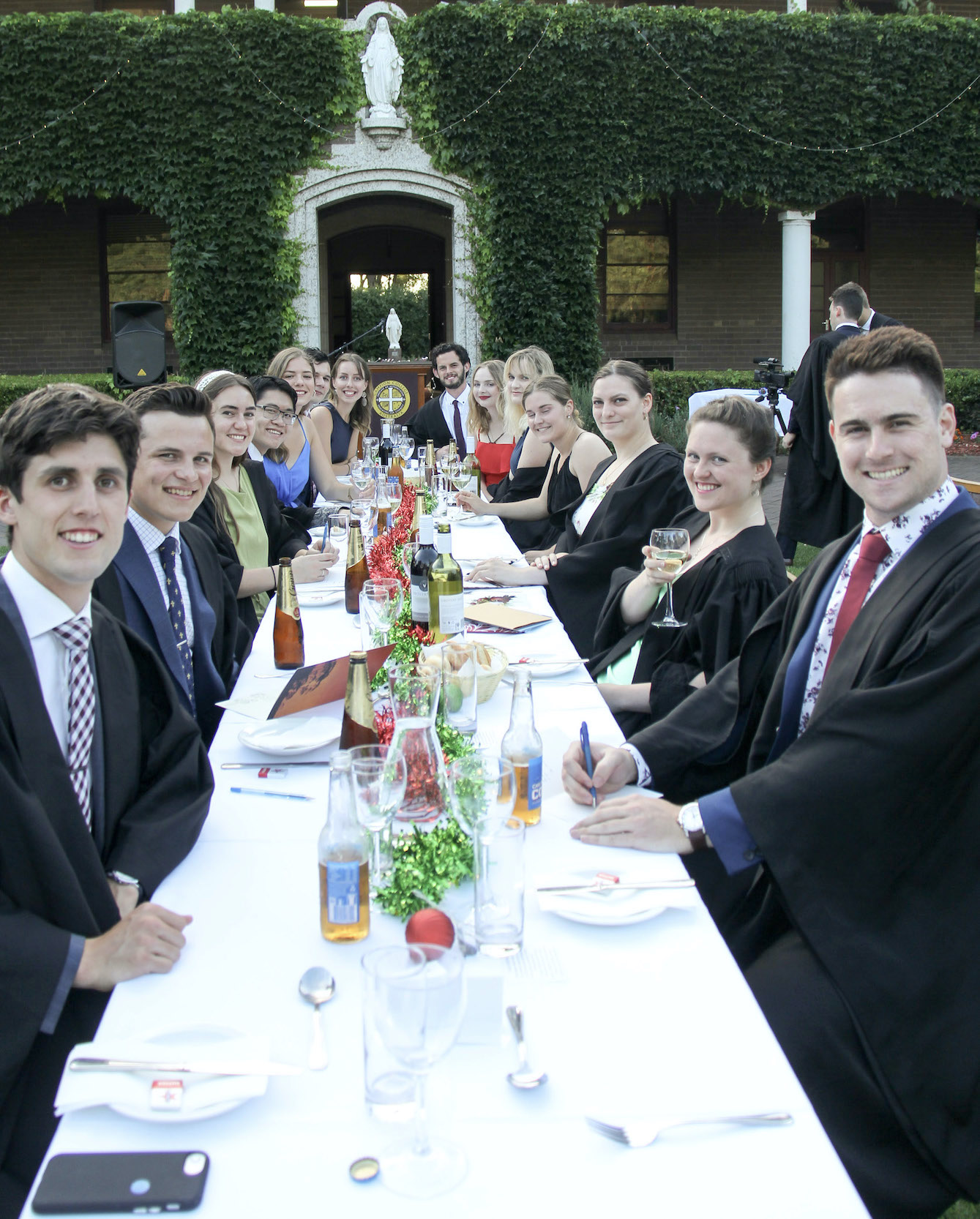 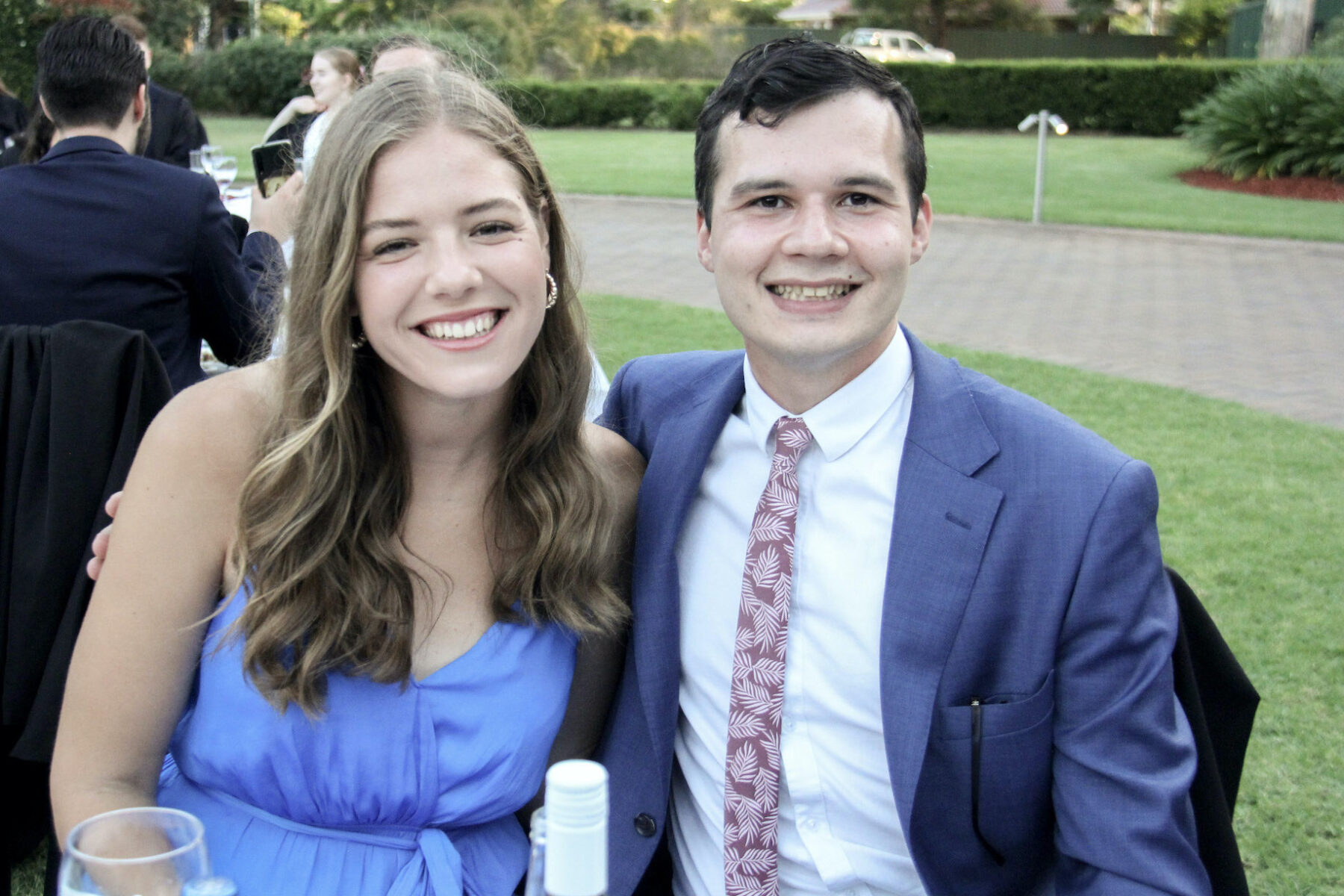 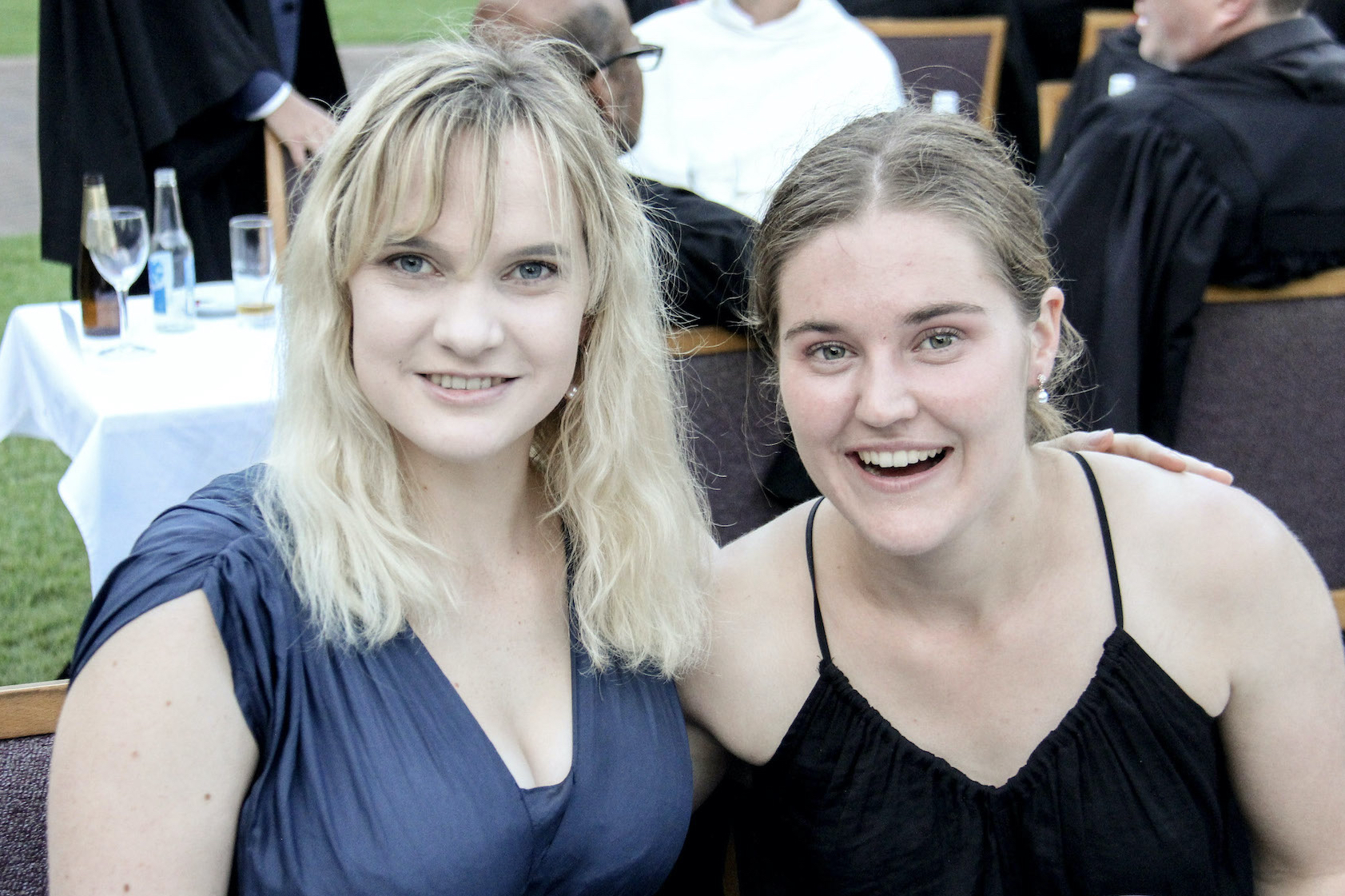 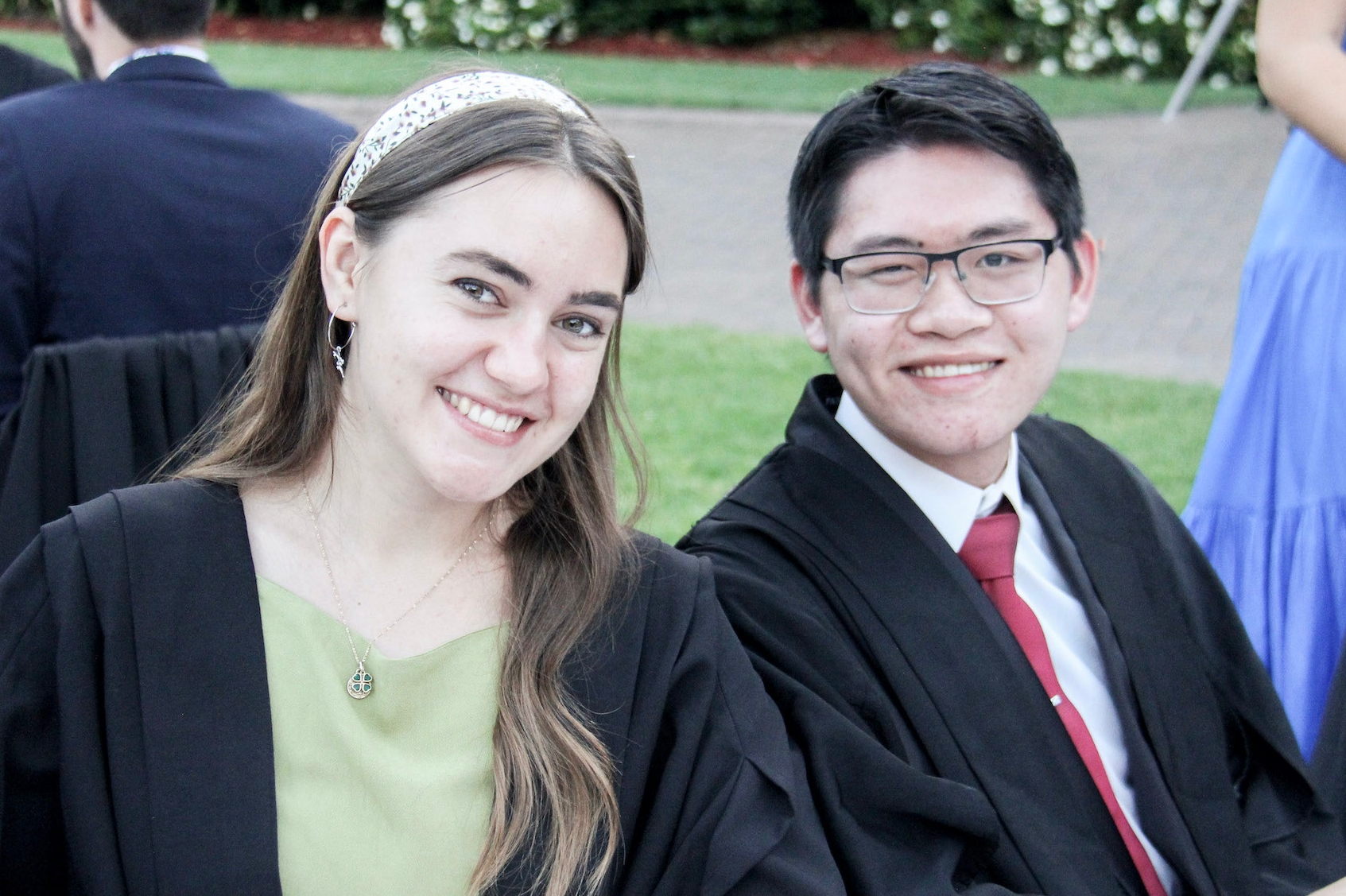 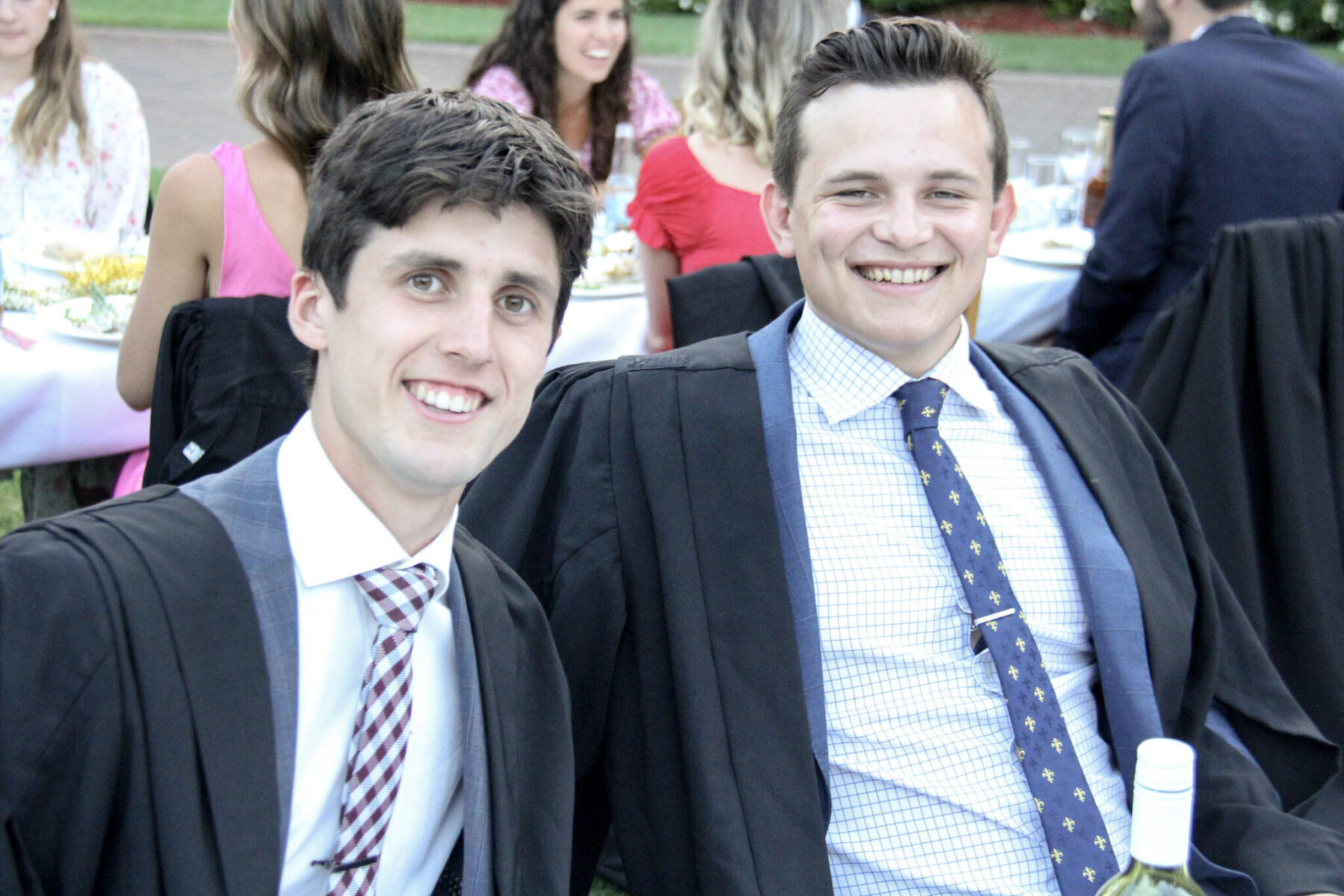 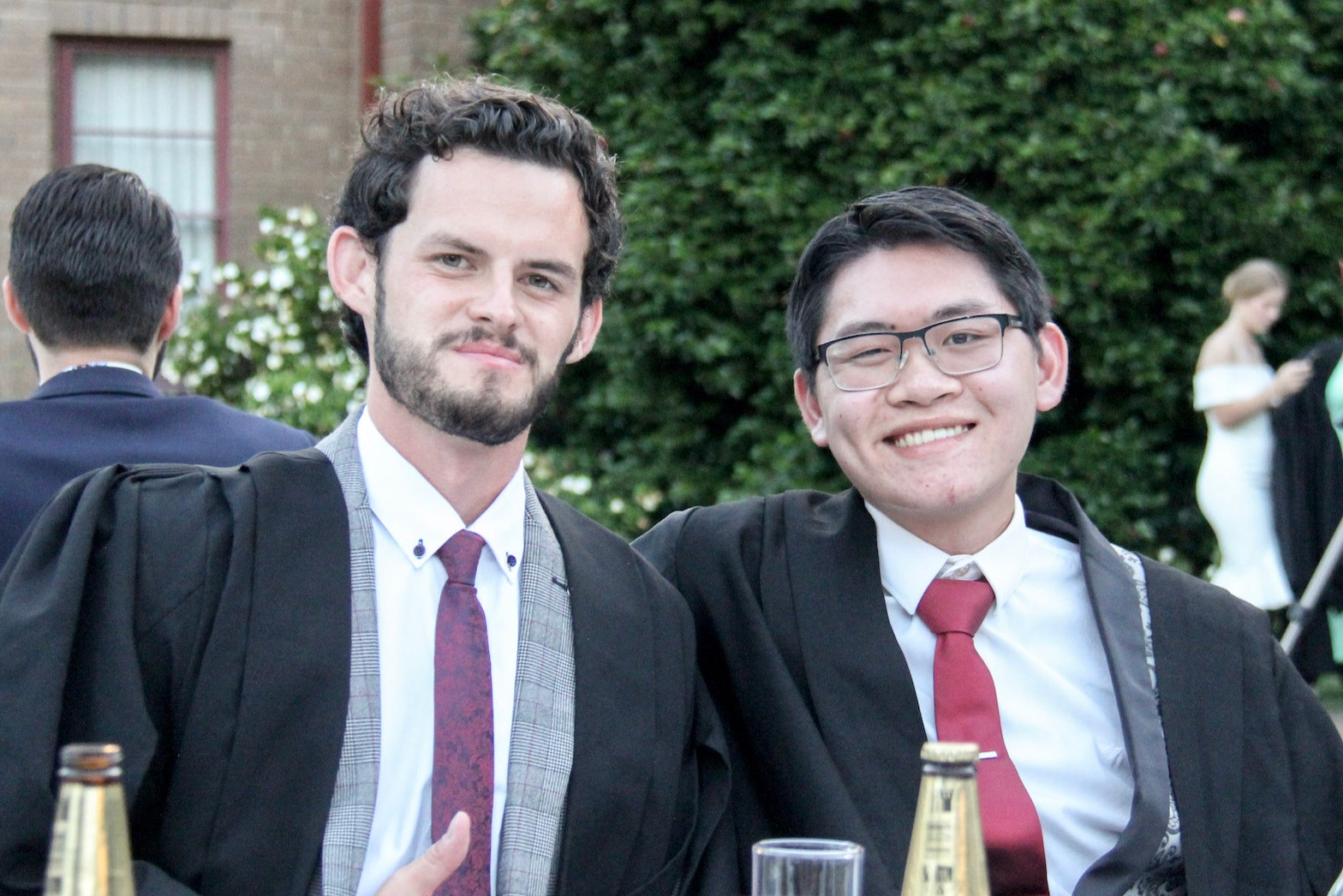 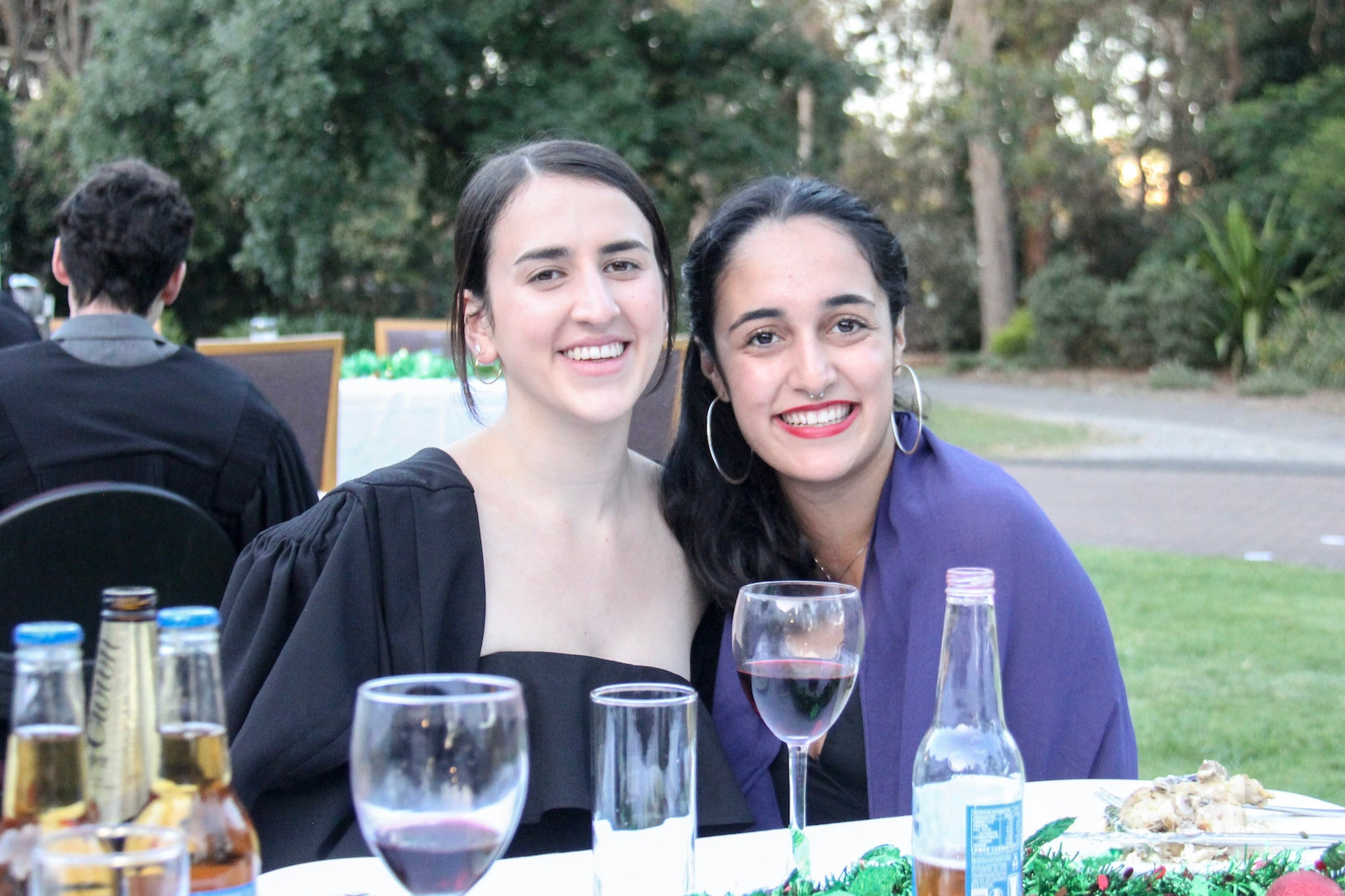 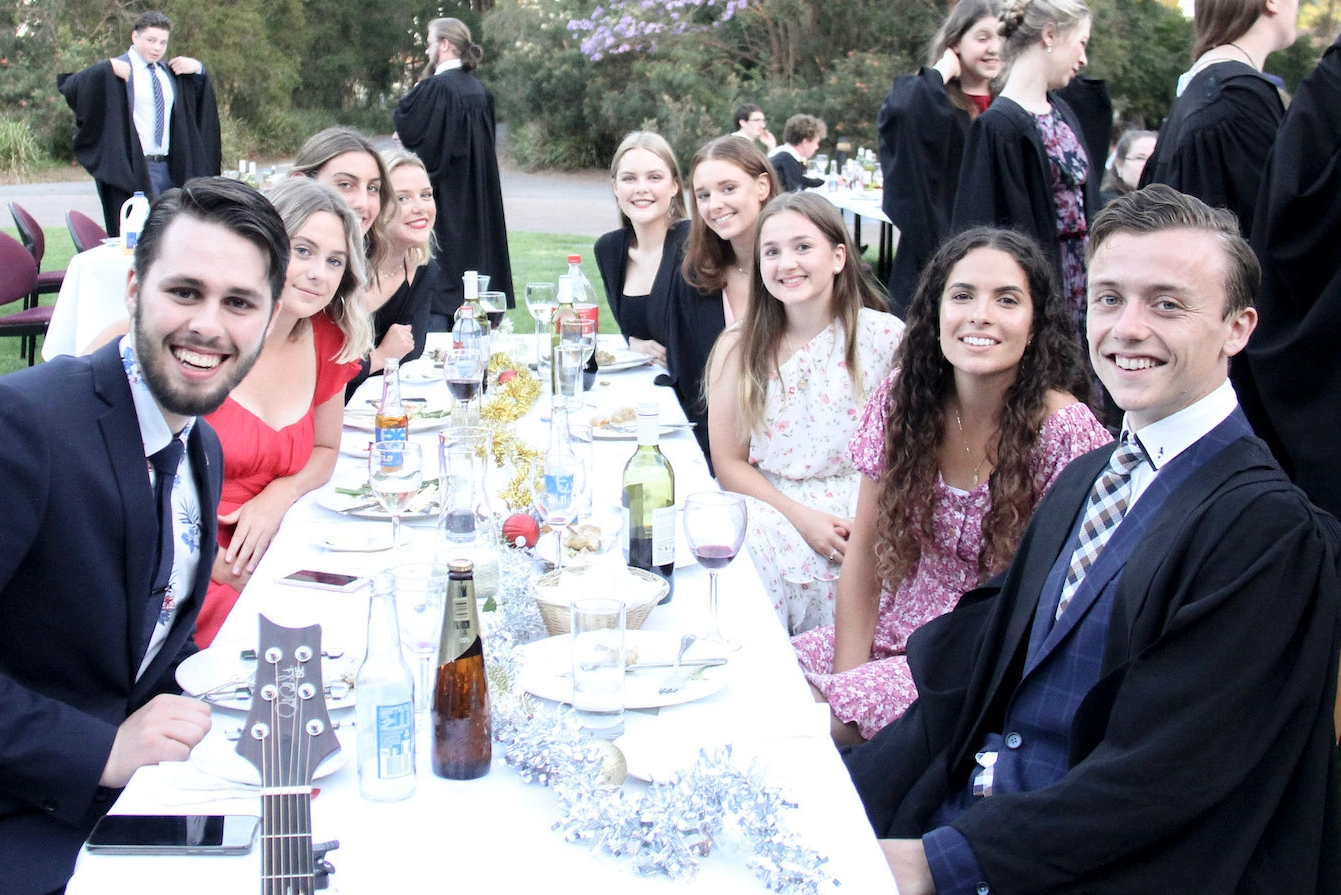 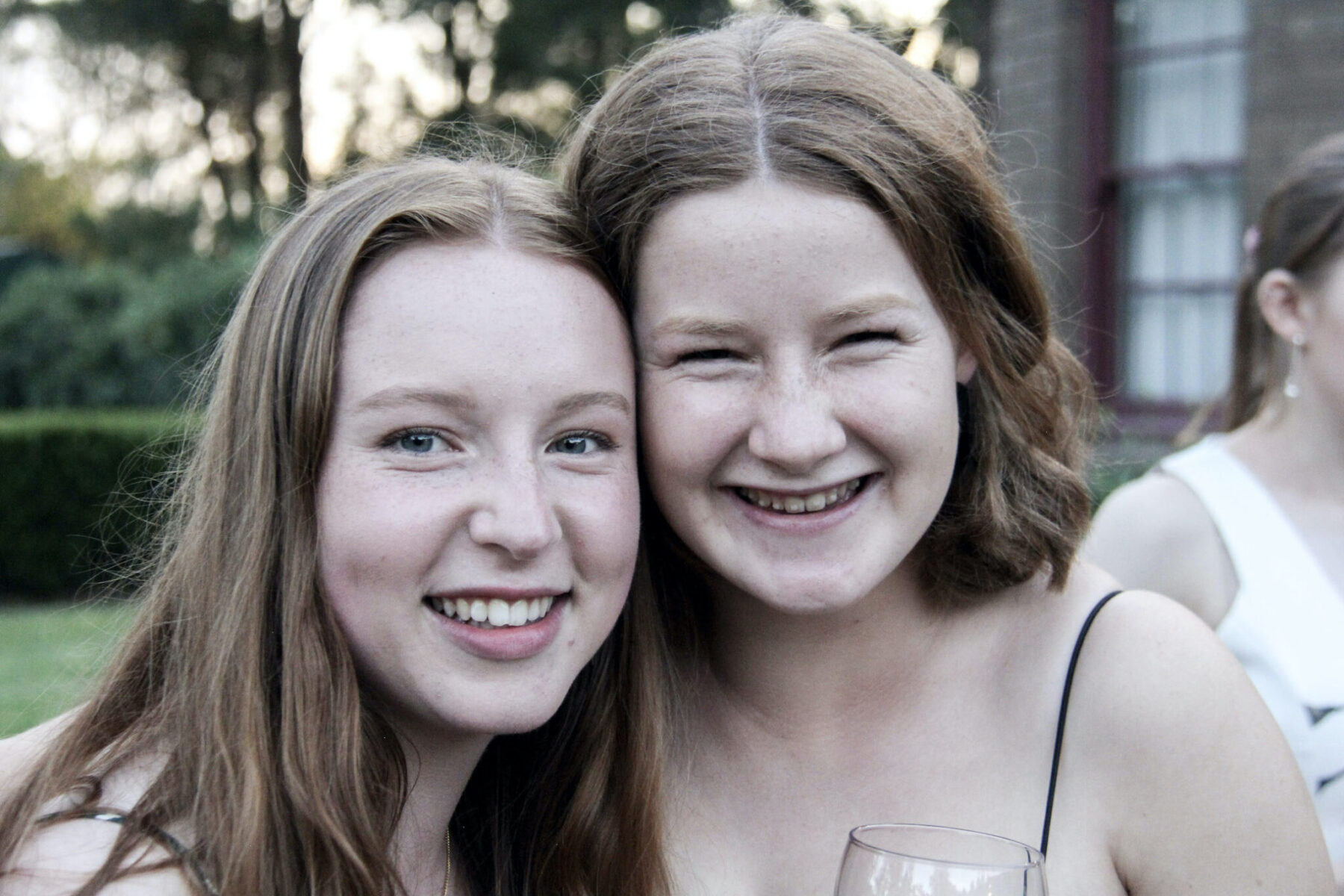 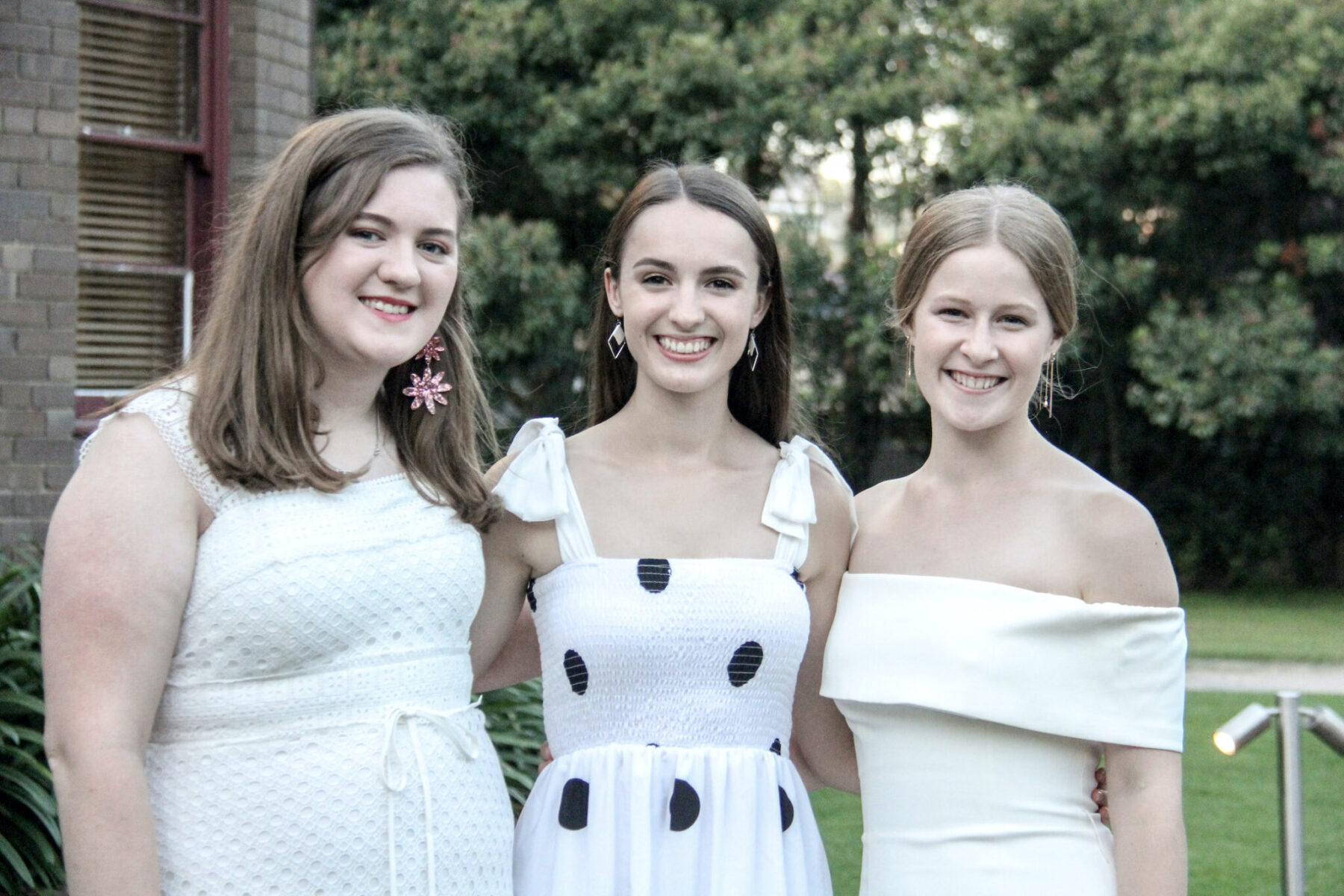 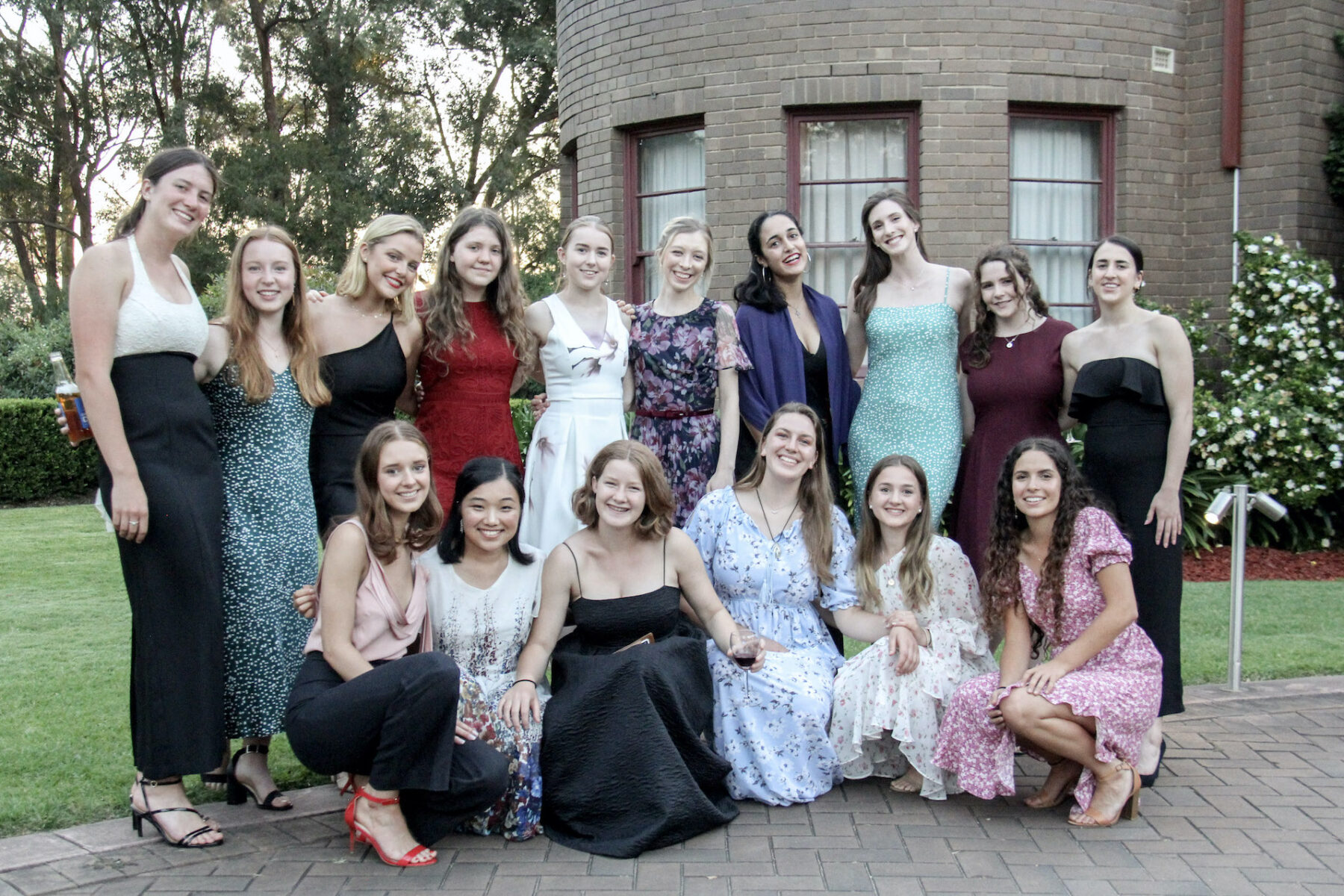 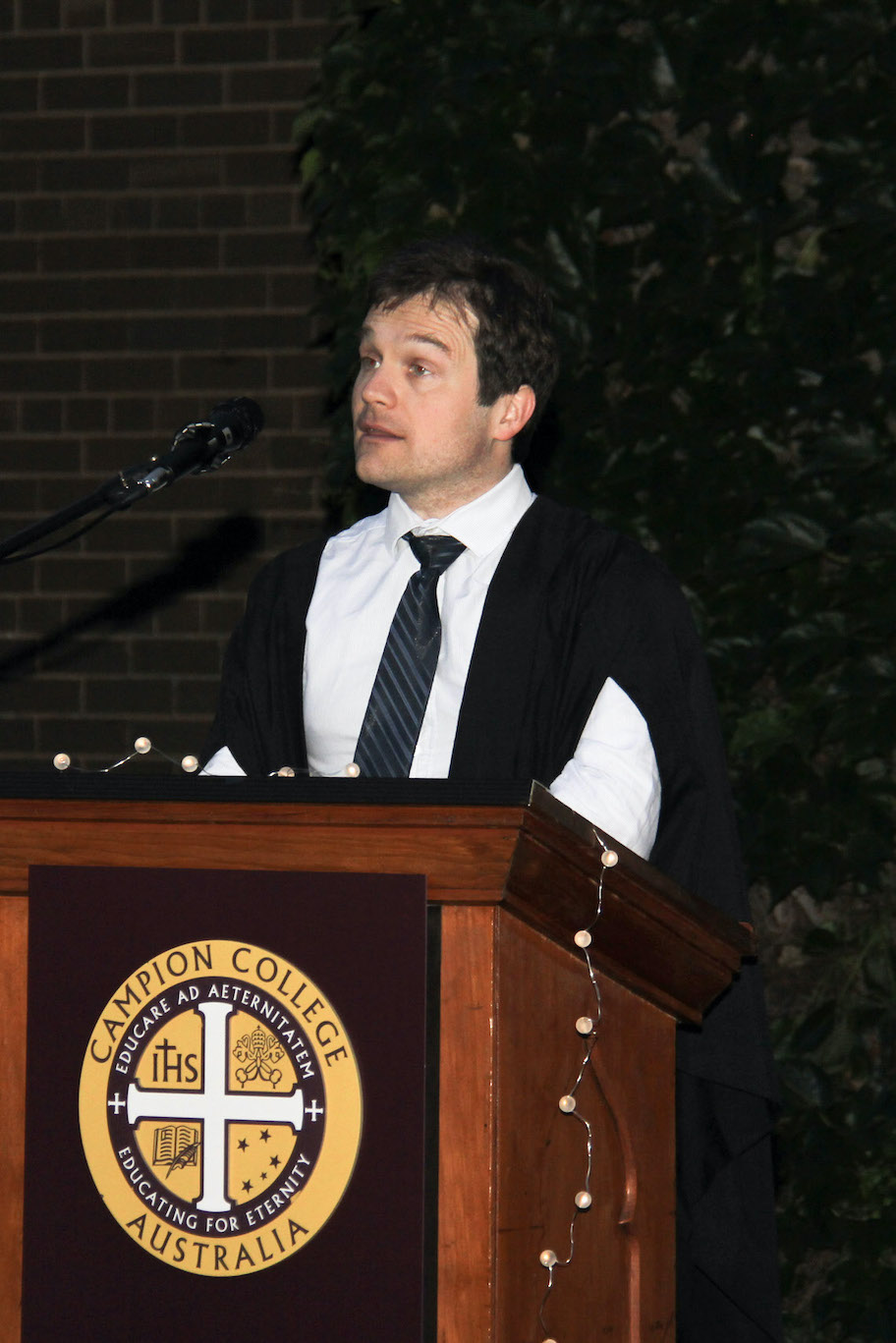 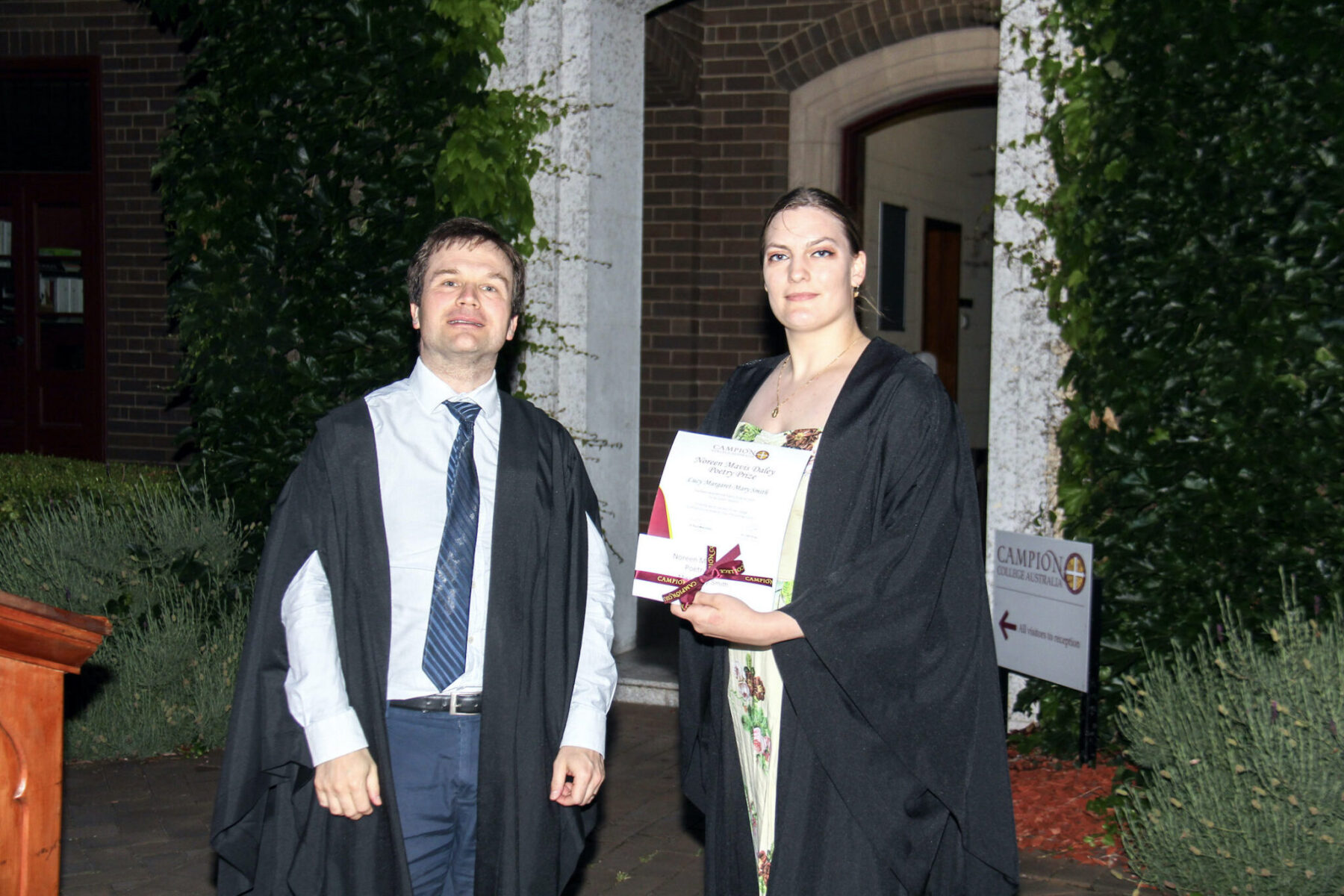 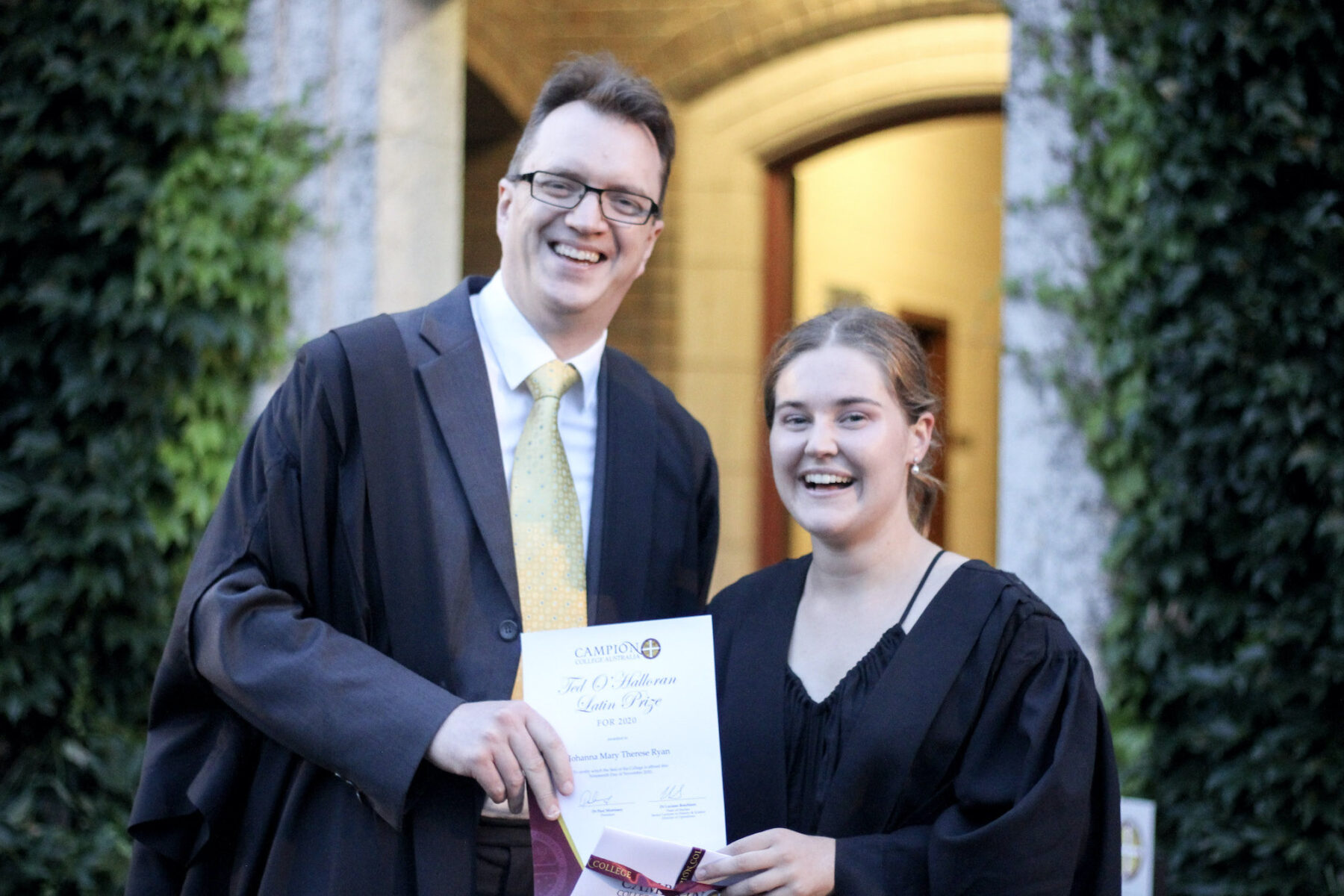 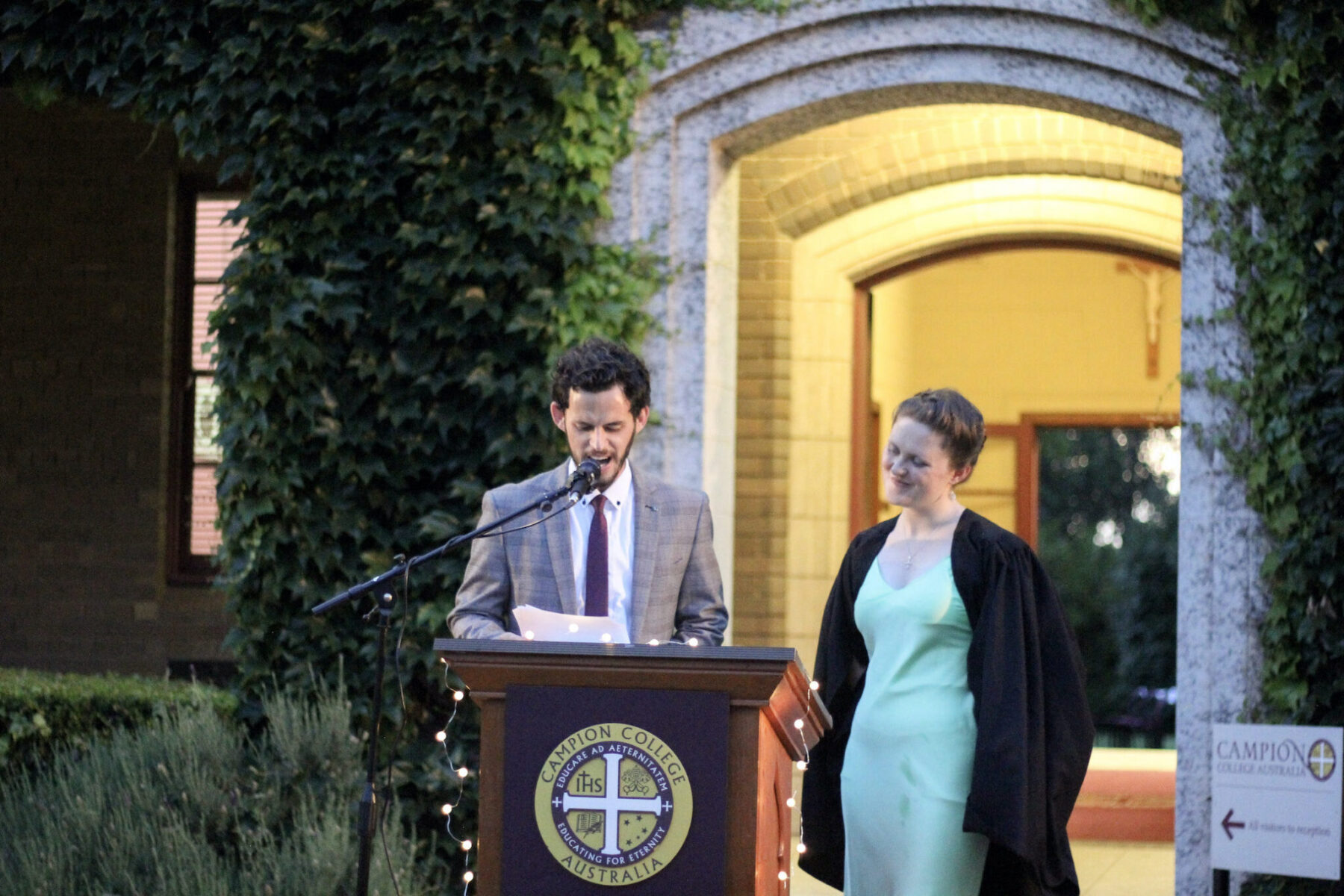 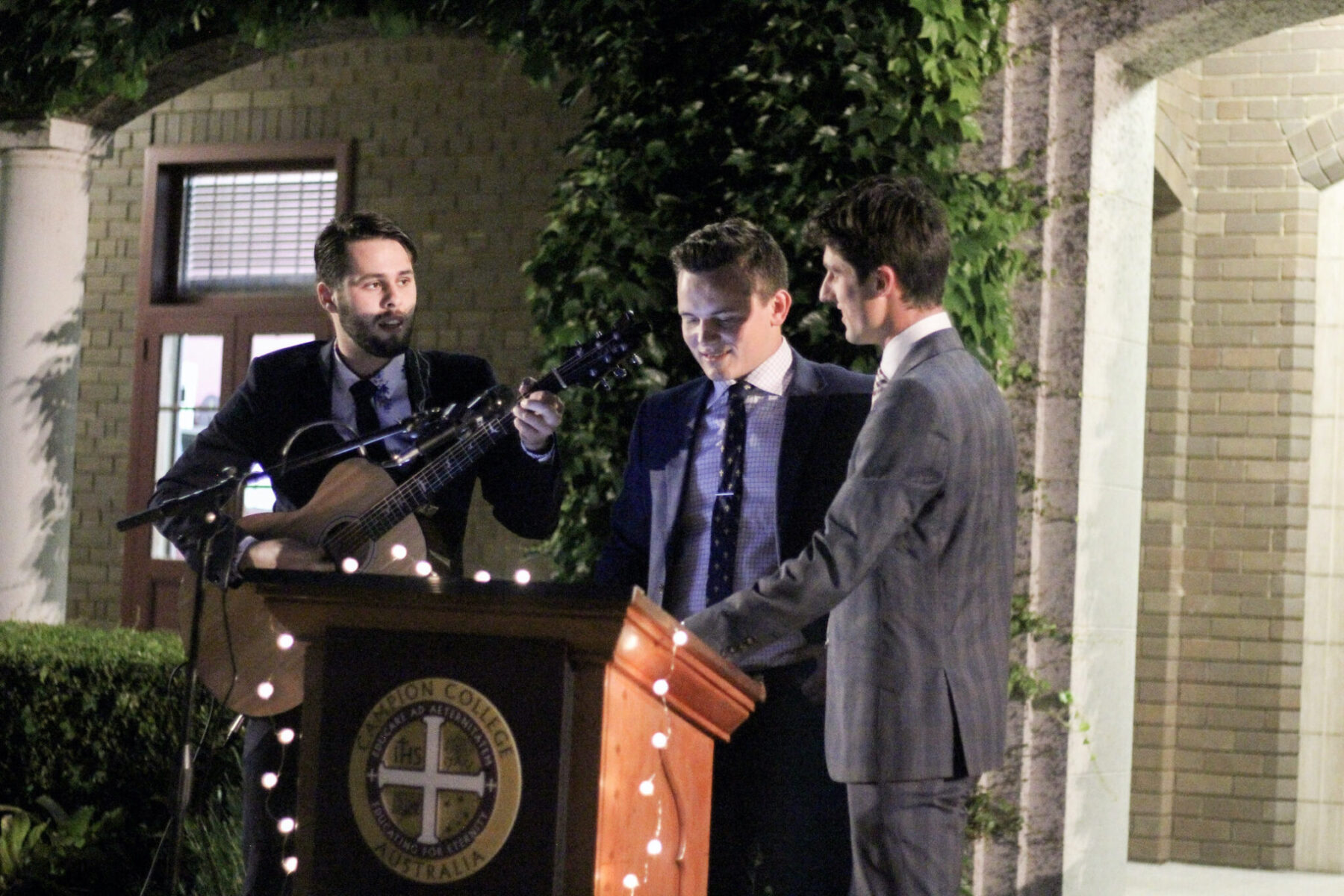 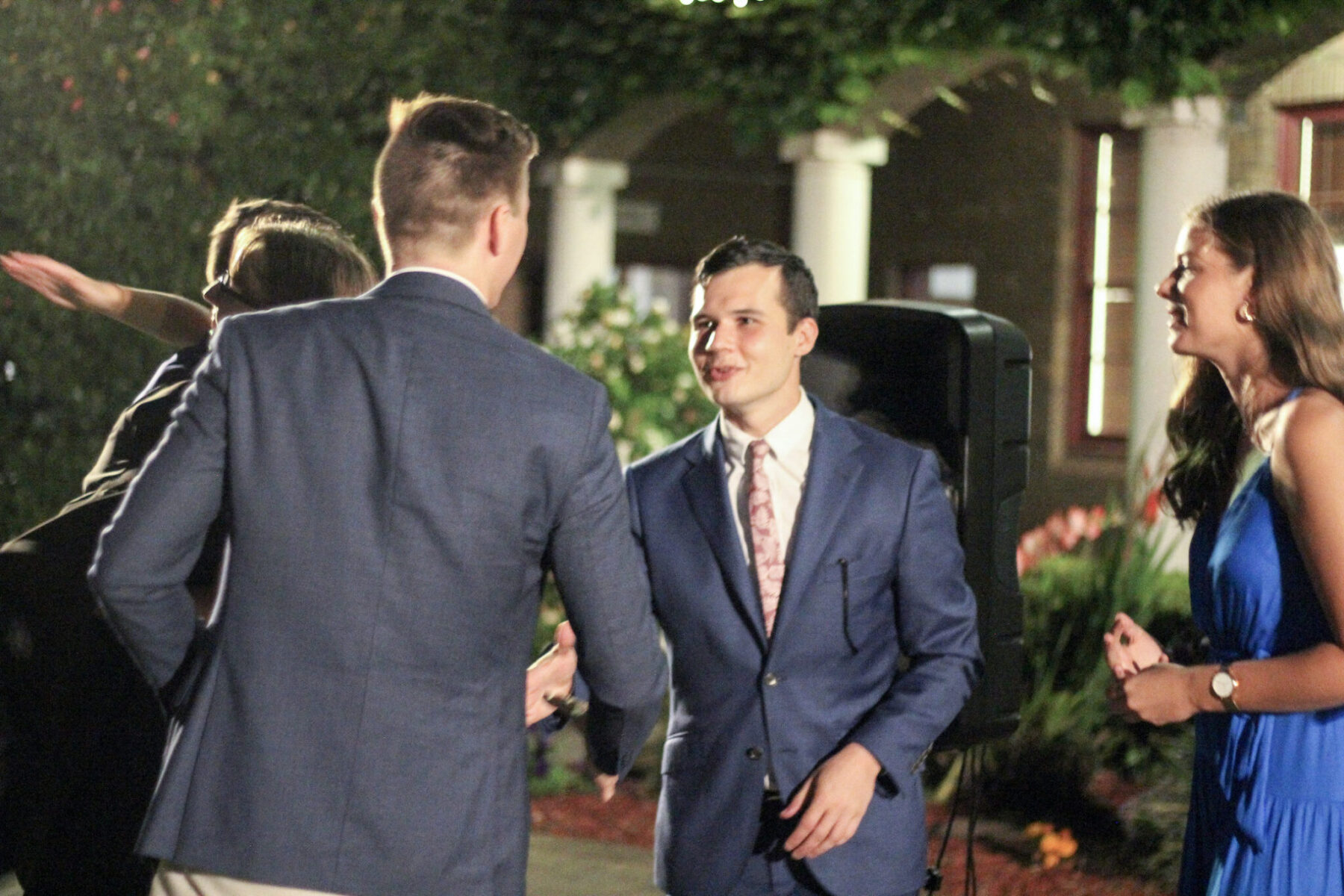 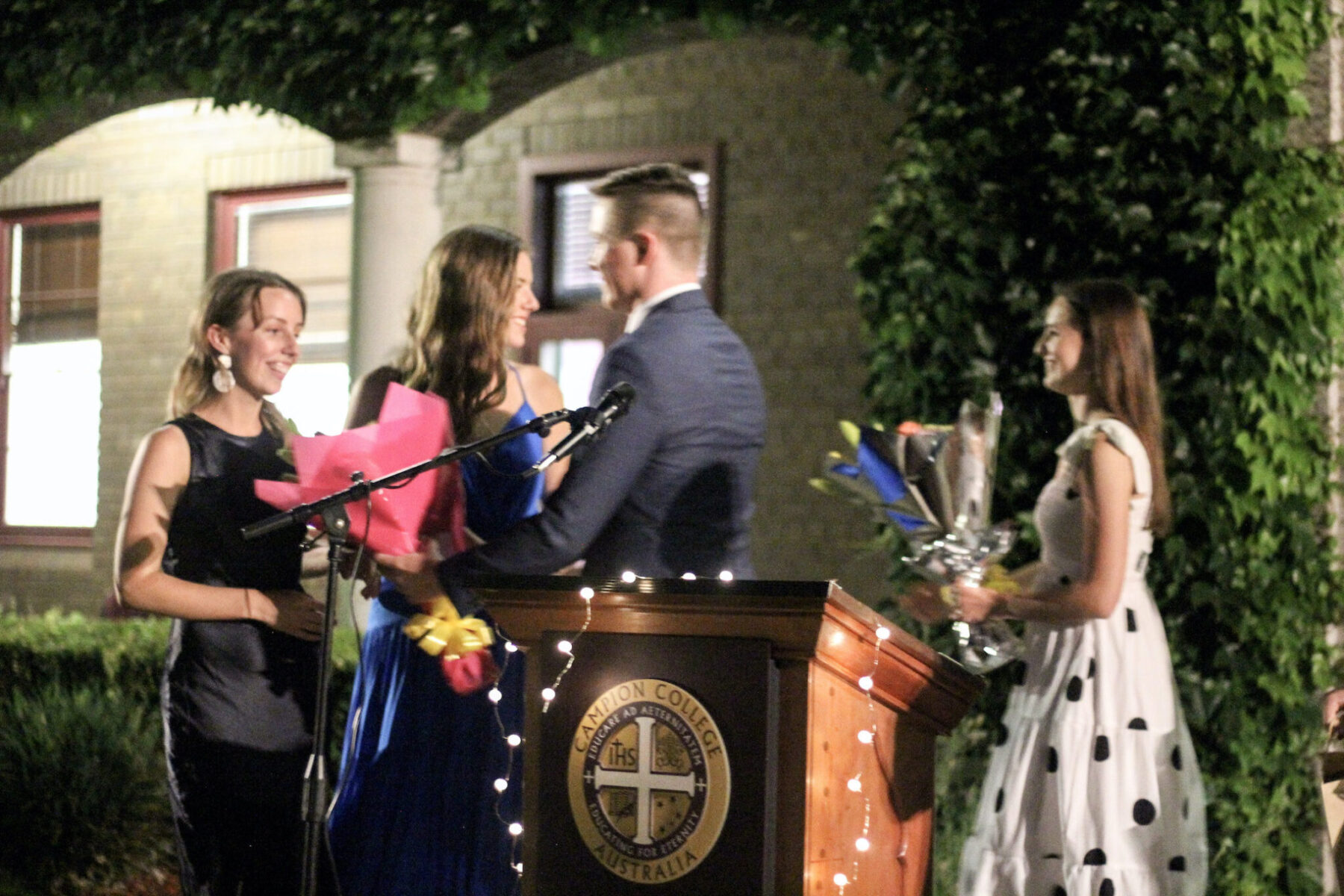 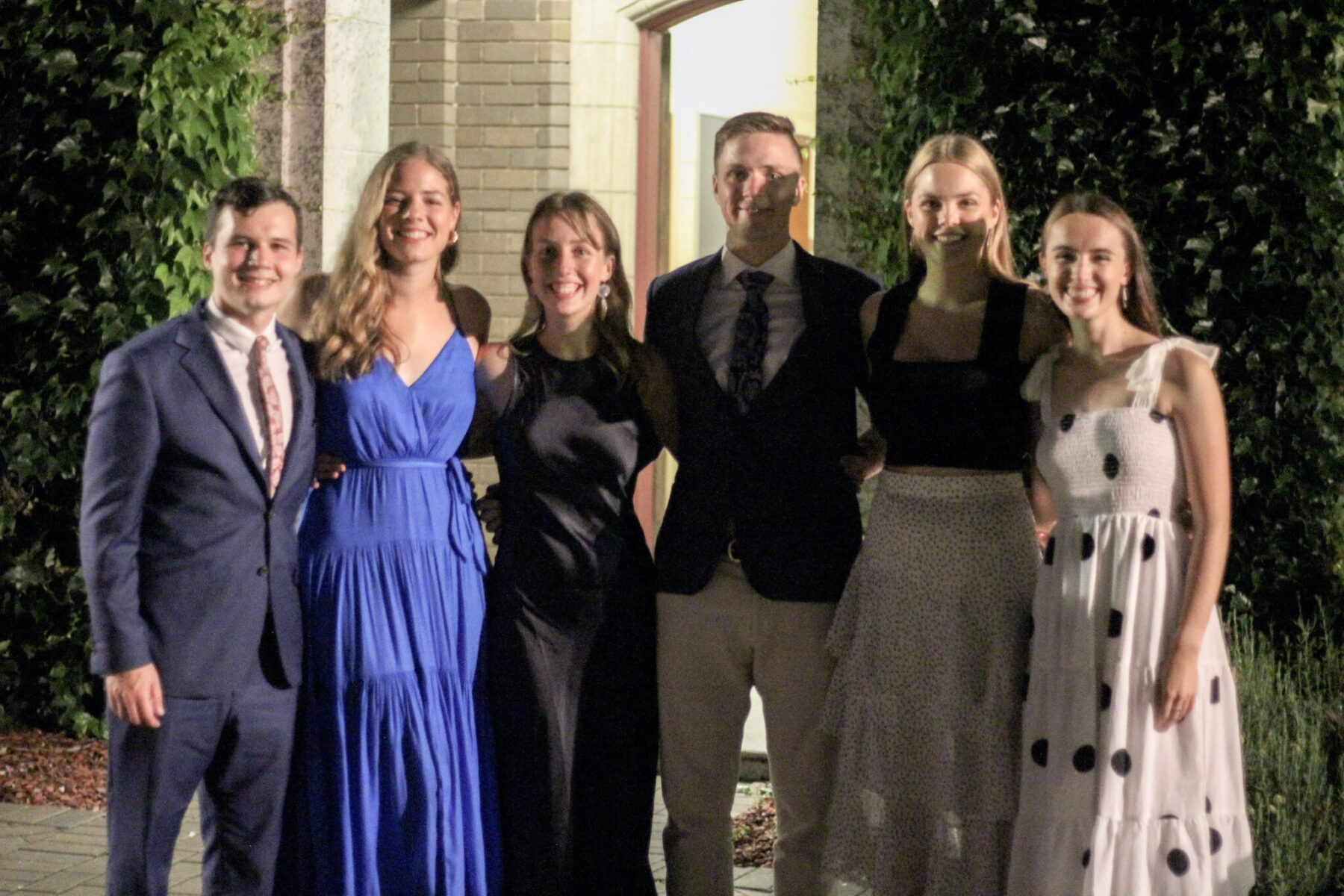 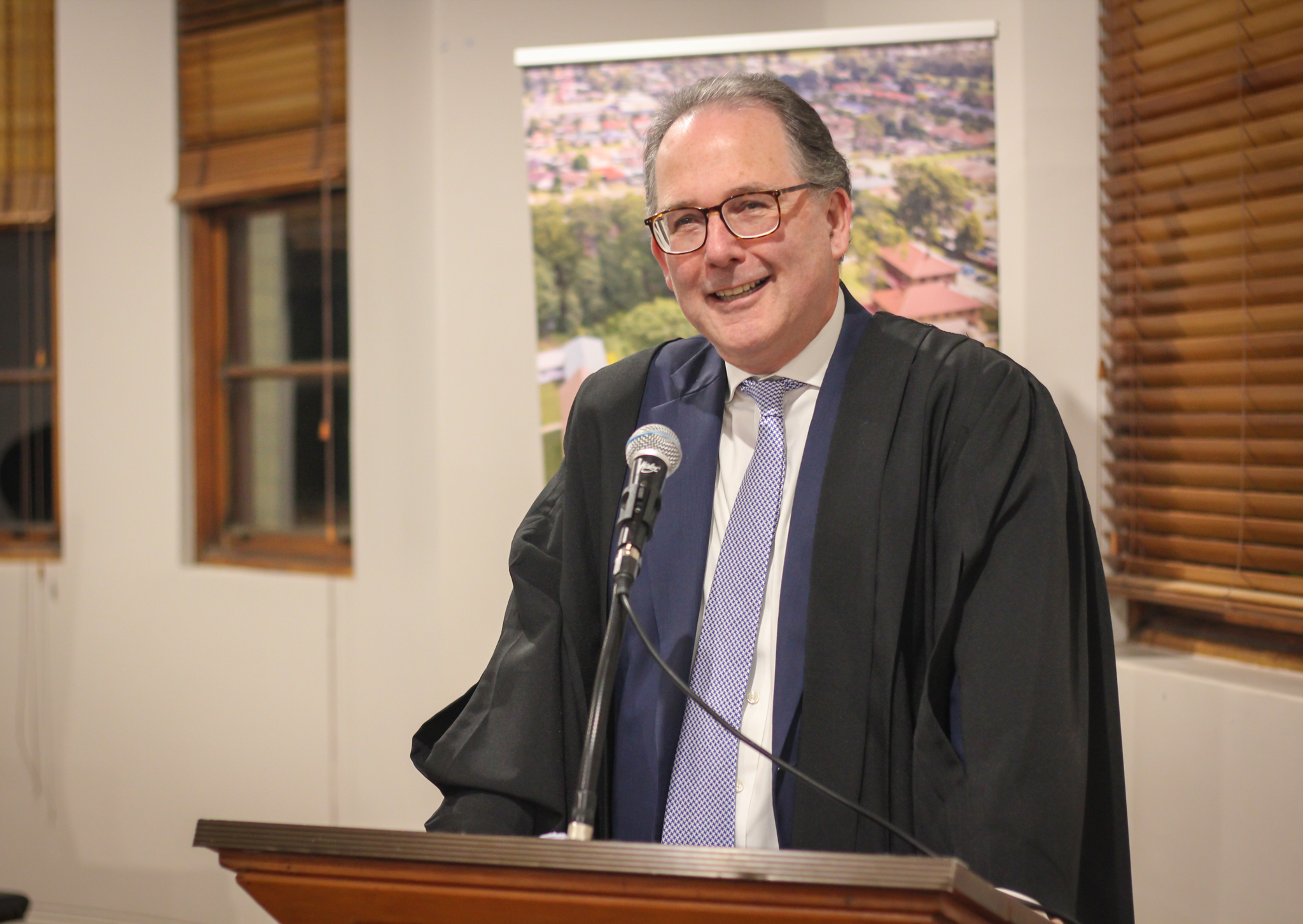 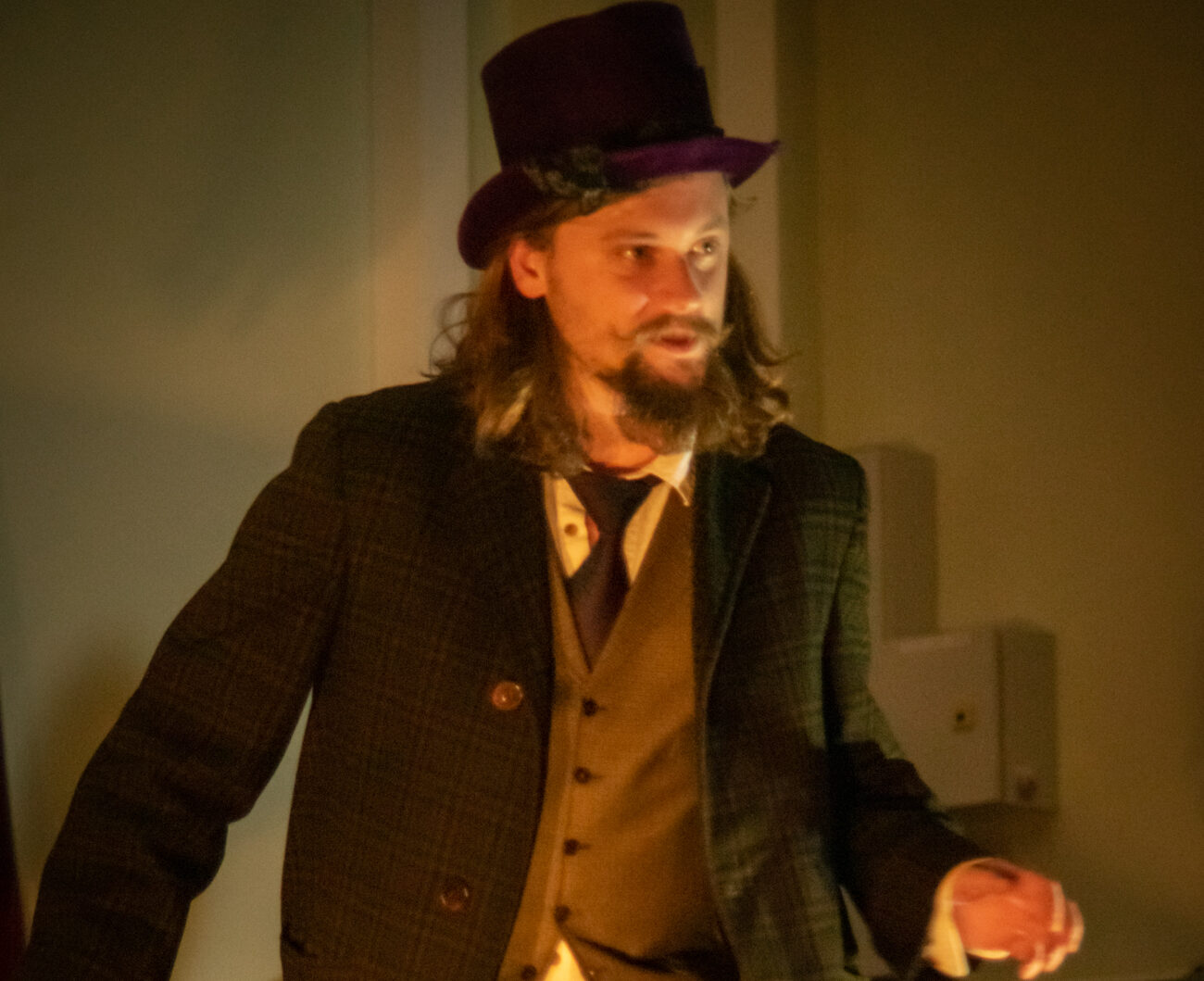 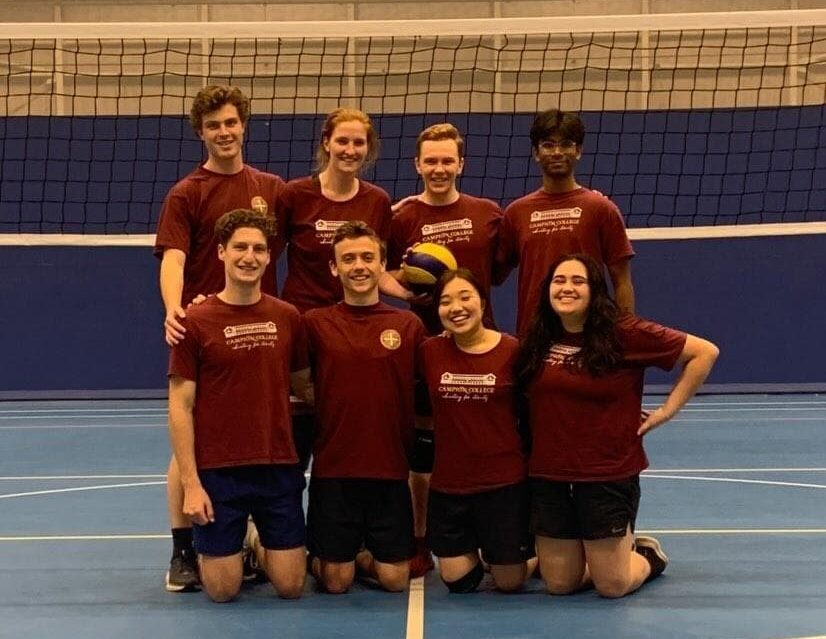