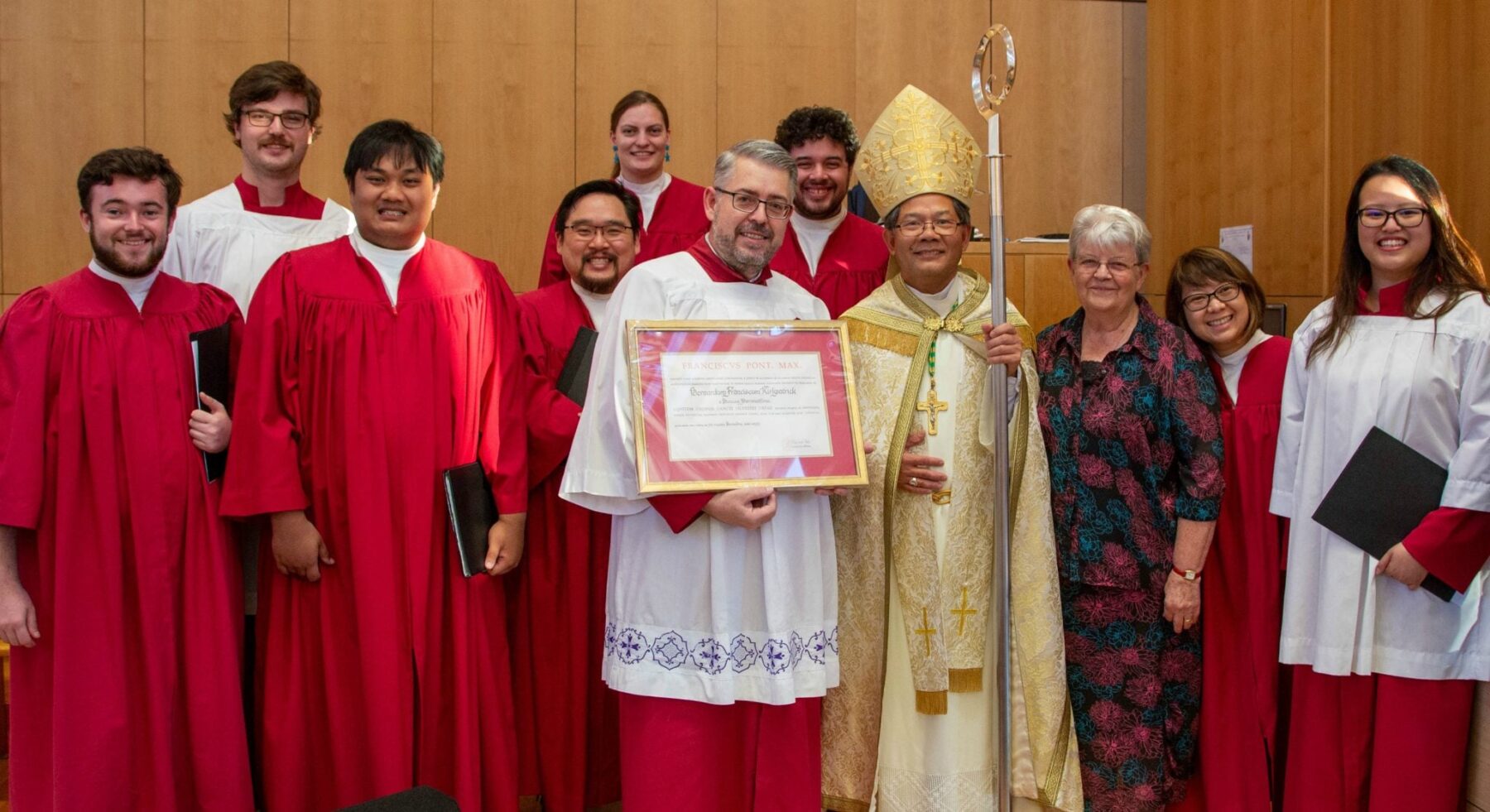 Campion Musical Director Bernard Kirkpatrick was given the great honour of receiving a Papal Knighthood to the Order of St Sylvester for his contribution to sacred music in Australia.

Mr Kirkpatrick was awarded on the Feast of the Immaculate Conception at St Patrick’s Cathedral in Parramatta, where he resides as Director of Music.

He was awarded by Parramatta Bishop Vincent Long, representing Pope Francis, in particular for his contribution to the creation of Catholic Worship Book II, Australia’s current liturgical music resource.

Mr Kirkpatrick has directed Campion College’s schola (or choir) since the college’s foundation in 2006. The staff and students offer their heartfelt congratulations to Bernard for this very well-earned and deserved honour.

Watch the livestream of the Papal Awards (Bernard is knighted at 47:30).

Thanks to the St Patrick’s Cathedral Choir, Parramatta, Facebook page for the information and photo.