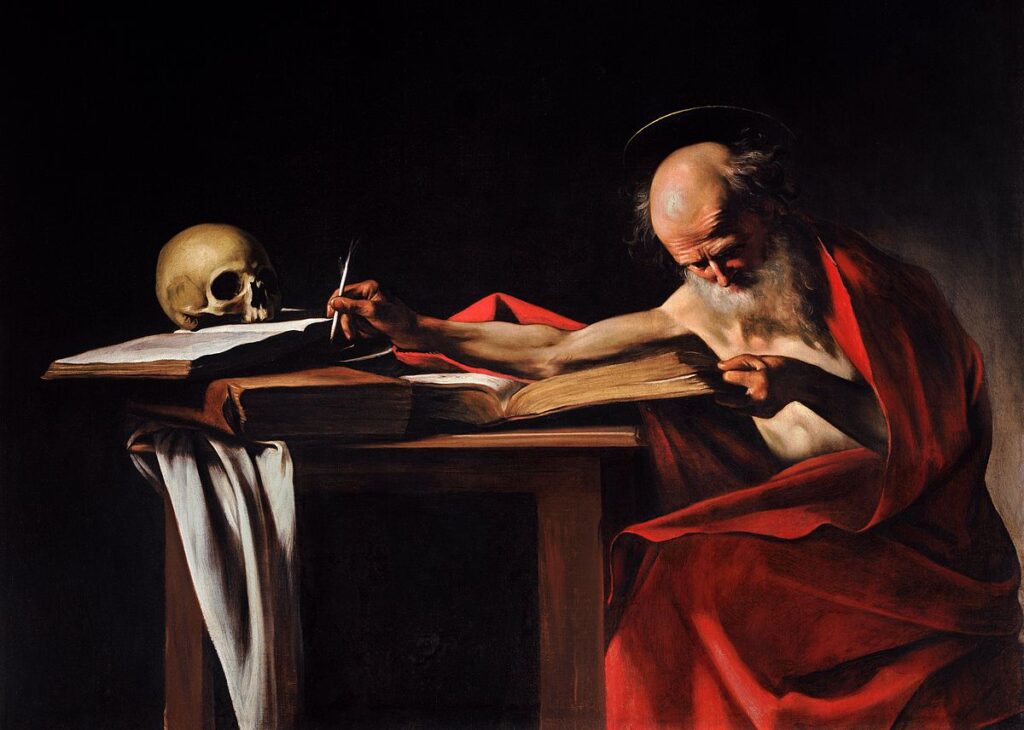 The below article appeared in The Catholic Weekly on 8 November 2020. See the print edition below at the end of the article.

The letter commemorates the 1600th anniversary of the death of St Jerome, the great patristic scripture scholar. While it’s understandable that the encyclical has gained greater attention, this letter is a real gem, full of biographical and theological insight and a great reminder of the importance of Sacred Scripture in the Christian life.

The first line of the letter sets out the tone and subject, “Devotion to sacred Scripture, a “living and tender love” for the written word of God: this is the legacy that Saint Jerome bequeathed to the Church by his life and labours.”

When thinking about Jerome two things always come to mind: his famous quote, “ignorance of Scripture is ignorance of Christ”, and the fact that he could be somewhat curmudgeonly when confronting his intellectual foes. Francis does not deny this but in writing of Jerome’s life he reminds us that the stereotype hides the extraordinary depth of this scholar saint.

One thing particularly striking in the description of Jerome is his love of community. When working for Pope Damasus in Rome, Jerome founded a cenacle of prayer, mostly with women, which was devoted to the rigorous reading and study of Scripture. For the rest of his life the Saint would surround himself with community. His last years were spent in Bethlehem, where he founded male and female monasteries as well as hospices for pilgrims and the poor. Jerome “yearned for the close cells of the monastery” and “desired the eagerness of ants, where all work together, nothing belongs to any individual, and everything belongs to everyone”.

The thought and writings of Jerome feature heavily in the letter, as one of the great doctors of the early Church whose prodigious efforts in the translation of Scripture would impact the history of western civilisation. He was a classicist by training and while he naturally preferred the superior prose of classical Latin, through conversion to Christ he came to see the ragged beauty of Sacred Scripture.

The theological climate during Jerome’s life was often very volatile with the Arian controversy and other heresies raging throughout the empire. Jerome was only too willing to get involved. Francis, using Jerome’s description of St Paul the Hermit, calls him the “Lion of Bethlehem”, someone who could be violent with language, but always in the service of truth. Jerome followed in the great tradition of the biblical prophets, however, “Lions also weep.”

There is much to profit from and contemplate in this letter, but I would like to draw attention to two things. The first is the two sapiential aspects of Jerome’s life.

Jerome was consecrated to God in a radical way, “renouncing all human satisfaction for love of Christ crucified (cf. 1 Cor 2:2; Phil 3:8.10)”, while also being truly committed to the study and expounding of Sacred Scripture and the Christian mystery. Francis states that this double witness, “can serve as a model above all for monks, since all who live a life of asceticism and prayer are urged to devote themselves to the exacting labour of research and reflection.” It is also a model for scholars, “who should always keep in mind that knowledge has religious value only if it is grounded in an exclusive love for God, apart from all human ambition and worldly aspiration.” He then shows how the depiction of Jerome in western art has shown these two aspects: his aestheticism (Leonardo Da Vinci), his life as a scholar (Albrecht Dürer), and a combination of both (Caravaggio).

A second striking aspect of this letter is the Holy Father’s recognition of the importance of preserving our Christian intellectual heritage, which is in the final section of the letter titled, “Loving what Jerome loved.” Jerome cultivated a wonderful library of all the best that had been said and written. Francis quotes Postumianus, “[Jerome] is always occupied in reading, always at his books: he takes no rest day or night; he is perpetually either reading or writing something”. Through study and contemplation, he made of his heart a “library of Christ.” Encouraging us to follow Jerome’s example, the letter draws our attention to a typical young person of today who may be drawn, out of curiosity, to the religion section of a bookshop. I’ll quote it in full:

However, “In most cases, this section, when it exists, is not only marginal but poorly stocked with works of substance. Looking at those bookshelves or webpages, it is difficult for a young person to understand how the quest of religious truth can be a passionate adventure that unites heart and mind; how the thirst for God has inflamed great minds throughout the centuries up to the present time; how growth in the spiritual life has influenced theologians and philosophers, artists and poets, historians and scientists. One of the problems we face today, not only in religion, is illiteracy: the hermeneutic skills that make us credible interpreters and translators of our own cultural tradition are in short supply. I would like to pose a challenge to young people in particular: begin exploring your heritage. Christianity makes you heirs of an unsurpassed cultural patrimony of which you must take ownership. Be passionate about this history which is yours. Dare to fix your gaze on the young Jerome who, like the merchant in Jesus’ parable, sold all that he had in order to buy the “pearl of great price” (Mt 13:46). As the president of Liberal Arts College, all I can say is “Amen!”

In extolling us to follow Jerome, a “library of Christ”, Francis concludes the letter with a word of advice from the Saint himself, a word that he would give to those around him, “Read the divine Scriptures constantly; never let the sacred volume fall from your hand”.