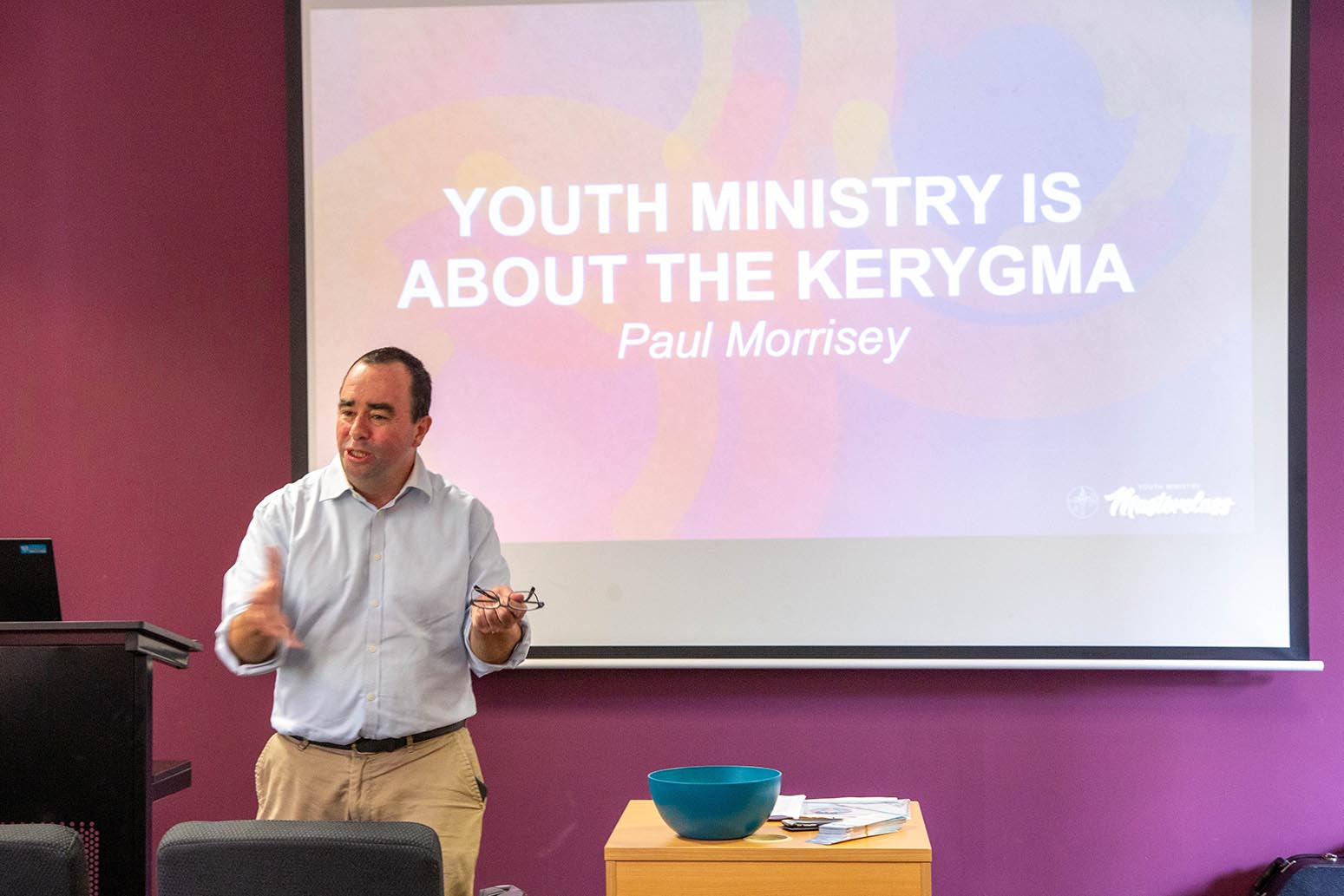 Dr Morrissey was the keynote speaker at the single-day event, attended by over 40 youth ministers.

Catholic Outlook has published a write-up of the event:

More than 40 youth ministers ranging from veterans to those just starting out have gathered for a day of back to basics ministry training.

The Youth Ministry Masterclass, organised by Catholic Youth Parramatta, was held on 29 February at Campion College Australia in Toongabbie.

Participants were encouraged to attend Mass in the university’s chapel before the start of the day.

James Camden, Director, Catholic Youth Parramatta, begun the masterclass with an ice-breaker game that had the youth ministers examining and describing lemons, a metaphor for the young people they minister to.

Dr Paul Morrissey, President of Campion College Australia, was the keynote speaker during the Masterclass, and spoke about how kerygma is at the heart of evangelisation, and its application in youth ministry.

“There’s three structures of kerygma – a great sign of wonder with a consequential effect, the explanation and then the exhortation.

“If we’re going to be kerygmatic, we need signs and wonders. As those ministering to youth, we need to pause and reflect on the signs and wonders that the Lord has done in your life because that can be the sign and wonder that has an effect on someone else.

“Testimonies are important. Prepare different testimonies. You can have your big life-changing testimony, but there’s also those little testimonies, the little things that happen in your life where the Lord helped you, and you can share that with the young people.

“The explanation comes through the sign and wonder itself. Sometimes, this way of explaining the faith is called apologetics, but first and foremost with this idea of kerygma, of this explanation, is to draw people in to knowing Jesus, and the way we do that is through our witness.

“A really interesting question to ask in this situation is ‘who is God for you?’ It’s a question that leaves a bit of distance, but often, you get a really good answer of where they are in their faith life. In your youth groups and in your youth ministry, you’ll be giving answers to that question in an ongoing way.

“The exhortation is an encouragement to come forward towards the Lord. We need to bring them closer to the Lord, because sometimes people need that encouragement – the kerygma is entering into a friendship with Jesus and with the Church,” he said.