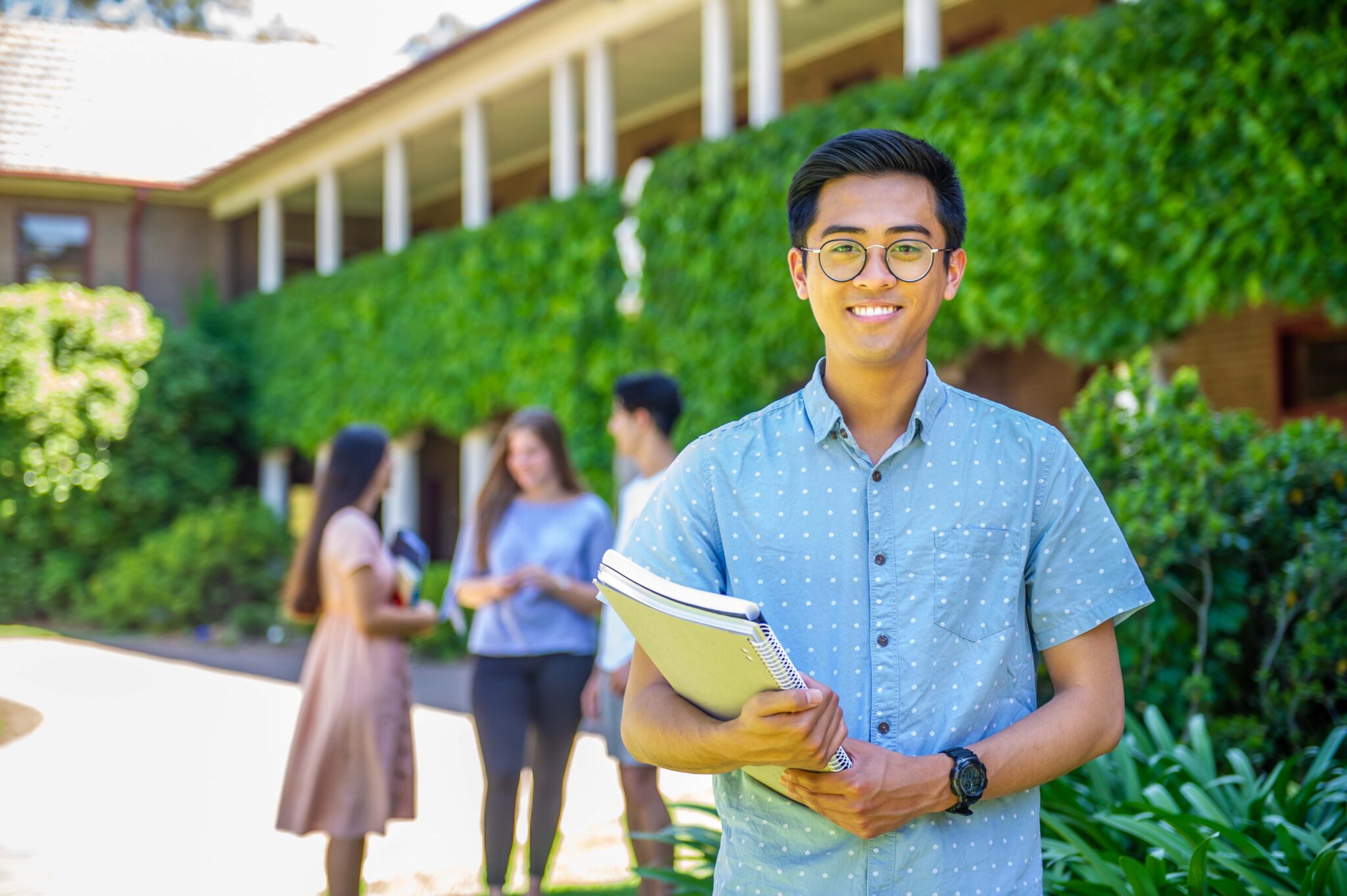 The Southern Cross newspaper has featured Campion incumbent graduate Rainier Juanta on his decision to leave Adelaide to study at Campion.

Following in the footsteps of his sister Andrea, young Adelaide Catholic Rainier Juanta is enjoying being able to pursue his tertiary studies at Campion College in western Sydney.

Campion is Australia’s first and only Catholic tertiary liberal arts college, offering a Bachelor of Arts in Liberal Arts, with the option to exit after one year with a diploma.

Rainier (pictured) said after hearing about how much his sister enjoyed her time at Campion, he decided to join her in Sydney to undertake his degree, hoping it would develop not just his mind, but his social and spiritual life too.

“The education you receive at Campion is truly unique and acts as a foundation for a whole variety of fields of study; I personally know Campion alumni who have entered into law, politics, teaching, academia, and even medicine and the sciences,” he said.

“Even though in high school I studied mostly science and mathematics, I entered into this very humanities-oriented degree because I knew that the skills and knowledge you acquire here can be applied in any context that requires critical thinking, analysis or research.

“The arts have become less and less common in this increasingly scientific and specialist world of academia, but I believe it is of vital importance that a student receives an education in the Liberal Arts tradition regardless of which career he (or she) intends to pursue.”

“We all share the same Catholic faith and truly care for each other’s mental, physical and spiritual wellbeing,” Rainier said.

As president of the Student Association he has promoted the development of student culture through several events for both students and non-students, including the annual Campion Ball.

At the same time, he has had the opportunity to develop important personal skills such as time management, cooperating with others and public speaking.

Rainier might not be the last in his family to attend Campion either with his parents encouraging his younger siblings to give it a go as well.

“I guess it could become a bit of a family affair if my other siblings end up enrolling, but I definitely wouldn’t object to that,” he said.

Read the The Southern Cross article.