Greg Sheridan: we are living in a culture of disenchantment 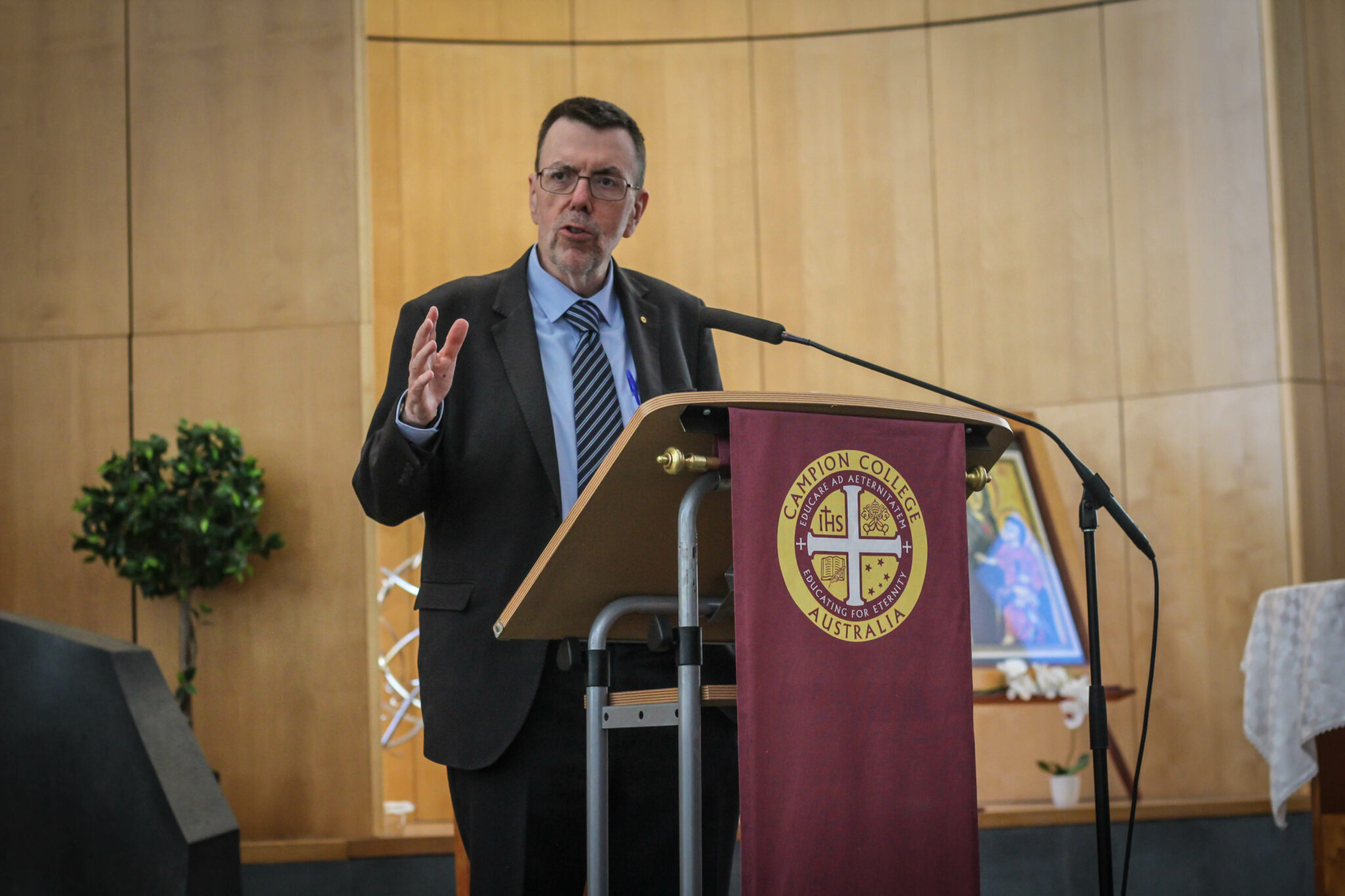 This article is an adaptation of Greg Sheridan’s Occasional Address at Campion’s 2021 Graduation Ceremony:

Modern liberalism, cut off from the sustenance of its Christian roots, is running mad down every dead end, diving into every poison creek, of extreme identity politics, racial politics, gender politics and, if not the war of all against all, an increasing intolerance of almost all for anybody they disagree with.

The roots of our crisis are deep. After the Enlightenment, the righteous exuberance that celebrated reason and rationality as the heart of civic life, our culture took a bad wrong turn, based on two dreadfully mistaken propositions.

The first is that God is dead, that science has pronounced against God, that God never existed. The second is that the Bible is full of lies, and the New Testament is folklore and oral tradition at best, and does not describe historical reality. Neither of these propositions is true, or necessary to the Enlightenment.

Max Weber called this disenchantment. It has been the project of modernist ideology for the past 200 years, to rob the culture, and human beings, of the enchantment of life.

The intellectual object is to erase from life the element of mystery. The consequence emotionally is that it also strips life of its poetry. It strips the normal quotidian rank-and-file human being of the sense of magnificence and renders life tawdry and tedious. To escape that tedium, people seek intensity for its own sake, often courting oblivion and creating false transcendence through ever more neurotic politics.

During the past five years I’ve written two books attempting, feebly enough, to offer a thimble full of rebuttal to the two obnoxious propositions of disenchantment. The first, God is Good for You, asserts that God is alive. Belief in God is intellectually compelling (though not finally provable) and science has certainly taken no stand against God at all. It’s not qualified to do so, even if it wanted to. In reality good science has no such ambition.

Writing this book involved systematically reading the New Atheists – Richard Dawkins, Christopher Hitchens etc. I was astonished at how lame and antique, how frowsty and loose and simultaneously logic-chopping and ramshackle, their arguments were. The Christianity they mock was a farcical caricature. The success of their books relied in part on the reading audience having no real knowledge in substance of Christianity.

Much of their effort sought a false glamour by association with real science. So an unprovable or even ridiculous argument would be sat next to a lot of irrelevant science. Dawkins argued, for example, that because the universe is 14 billion years old there can be no God, because God wouldn’t waste 14 billion years constructing a whole universe just for humanity to enjoy one planet in one tiny corner.

To which one thinks: how would Dawkins know what God might do? God’s generosity and grandeur might be beyond Dawkins. To the Christian, it seems characteristic of God that he would spend 14 billion years preparing a beautiful garden just for us.

My second book, Christians: The Urgent Case for Jesus in Our World, seeks to find Jesus in the New Testament and among his first friends, and again among his friends today. It asserts that the Jesus of history and the Christ of faith are the same person, whereas divorcing those two has been central to the brutalist machinery of the disenchantment project.

Re-establishing the credibility of the New Testament – not as the founding myth of Christianity but as the historical truth of Christianity, and indeed of human history, would help the human situation profoundly. It would also, incidentally, rescue Western civilisation.

Up until the 1960s or ’70s, it was fairly common to hear a popularised version of an ultraliberal interpretation of the New Testament that held it was the end point of a long process of oral tradition that changed radically over the years with the telling, and that much of the miraculous and divine stuff had been inserted, perhaps centuries later, by church authorities to suit their own agendas, sometimes moral agendas, more often power agendas. This interpretation was always wrong, but it was once semi-respectable in scholarly circles and widely and mistakenly held in popular culture.

In so far as it had a flickering half-life within Christianity, it often came to people through American celebrity Episcopalian bishop John Shelby Spong. Within Christianity it lingers in this way.

At the wider social level, books and films such as The Da Vinci Code have popularised all manner of crazy conspiracy theories, based on the bedrock of the old modernist contention that the New Testament is all fiction, folklore or falsehood.

But high-quality modern scholarship is moving strongly to the view that the New Testament involves authentic testimony. This is a complex process and any generalisation about biblical scholarship has a thousand contrary examples.

But a series of interlocking dynamics has led to the validation of the New Testament as a historic source in the new scholarship. One is the ongoing process of archaeology. This process yields real, hard, new facts. It is less a process of inference. If archaeology discovers an object from the ancient world, all subsequent scholarship has to take it into account.

The second big factor is a vastly increased attention to the Jewishness of Jesus, of his first followers and of the context in which he lived. There are a thousand reasons Christian scholars neglected this in the past, even as they regarded the Old Testament, the Jewish scriptures, as an essential part of Christianity. Historical work beyond biblical studies has now given us more knowledge of the Jewish context of Jesus than ever. And this, as much as anything, has tended to validate the New Testament.

Finally, Christian scholars themselves have become much more rigorous in their approach to historical research and this has been rewarding. Christian schol­ars and leaders work more co-operatively across denominations than before. The previous pope, Benedict, himself a formidable scholar, was very scriptural in his intellectual approach and this endeared him to Bible-centred Protestants.

Two important caveats. Many biblical scholars who accept now that the New Testament involves important testimony, including witness testimony, do not embrace belief in Christianity. They still might hold that the resurrection did not happen, could not happen, was a mistaken account or a dishonest account. No one any longer seriously holds it was inserted a hundred years later by scheming church authorities.

Second, Christians themselves should not have their beliefs determined by biblical scholarship. Most biblical scholarship is inferential and a little speculative. It ought to have a certain becoming modesty about the certitude of its speculations. It is not because of a trend in scholarship that I believe in Christianity. But modern people, indoctrinated from birth with the hard disenchantment doctrine that the New Testament is all lies, should be aware of just how profound a revolution has taken place in biblical scholarship.