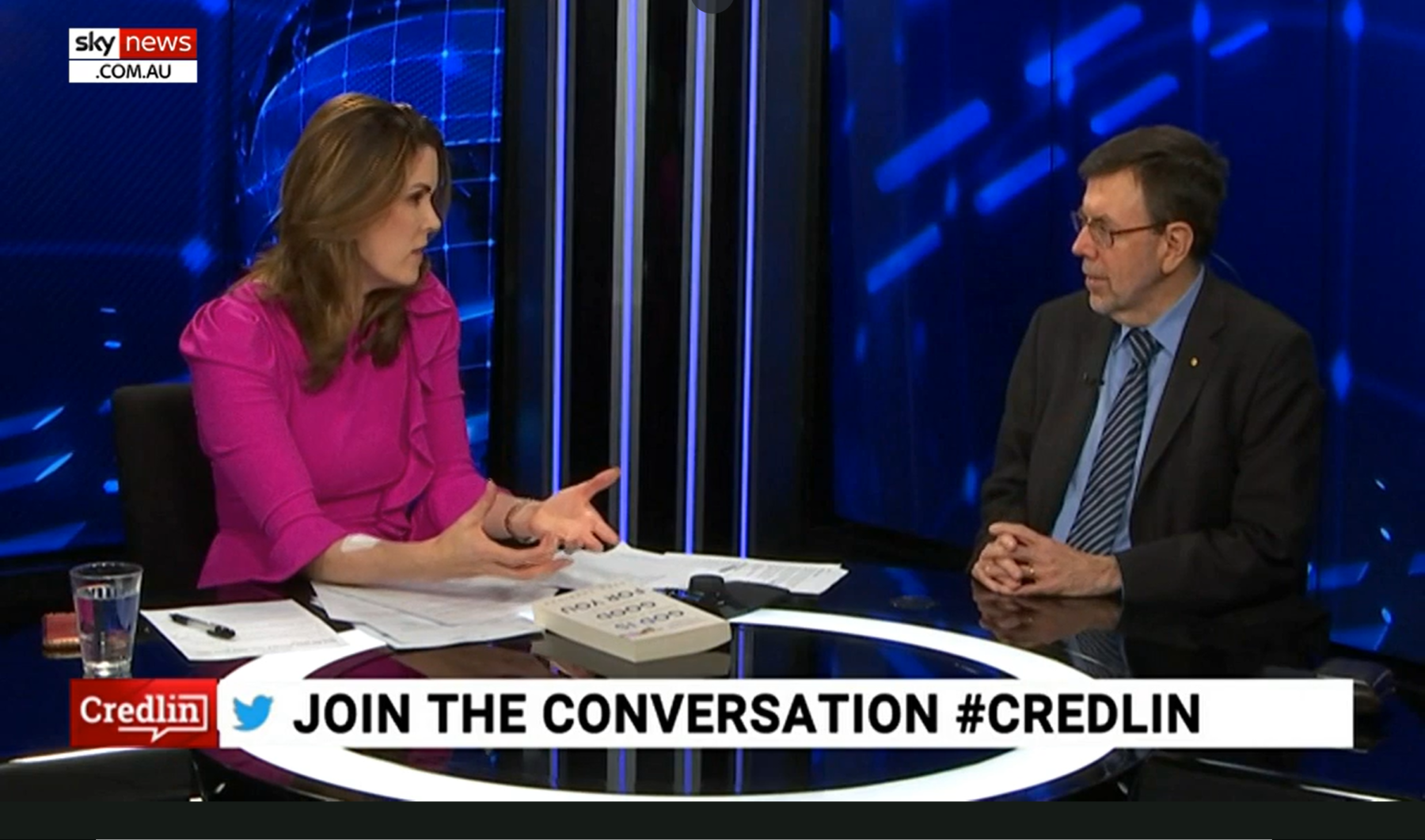 Greg and Peta discussed the former’s recent book God is Good for You: A Defence of Christianity in Troubled Times, in which he uses  Campion as an example of an institution preserving an authentic Christian ethos.

While discussing the hidden state of Christianity in the 21st century described in his book Greg said, “there’s a whole series of chapters where there are new Christian movements in Australia, a new church is being born from the ground up.”

He named Campion as the first in a list of hopeful new movements: “There’s this wonderful liberal arts college, Campion College in Sydney,” he said.

“The old church structures are struggling, but there is a new Christianity being born from the ground up.”

Peta responded that she “knew [Campion] well”. Campion’s president, Dr Paul Morrissey, appeared on Peta Credlin’s show to discuss Campion and the value of studying Western Civilisation and the liberal arts (see below).

God is Good For You was released last year and received many positive reviews.

The ‘Signs of New Life’ chapter homes in on the Catholic Focolare movement, then the Providence church in Perth with Stephen McAlpine and Rory Shiner, and finally Campion College – a most impressive university establishment west of Parramatta. He writes that ‘numerically [these three] and movements like them in the other branches of Christianity do not balance the structural decline in Christian belief in the West. And they may yet be tender plants. But don’t underestimate them. They have strong roots and a sinewy, determined will to prosper’.
…
He goes on to commend the Benedict Option but suggests that ‘a mixture of withdrawal and engagement’ with unembarrassed readiness to talk about faith is the way forward today. He concludes that Christians should be ready to build new institutions such as those described above, including ‘new evangelical parishes …. or the truly magnificent Campion College. Building new institutions is very hard work. It requires heroic commitment. But there is no better way to give expression to the truth’.