‘More to education than training’ – Campion featured in The Australian 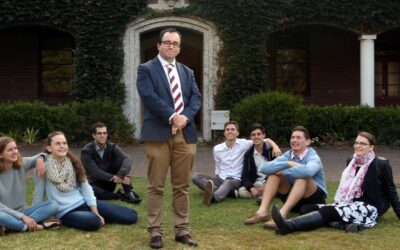 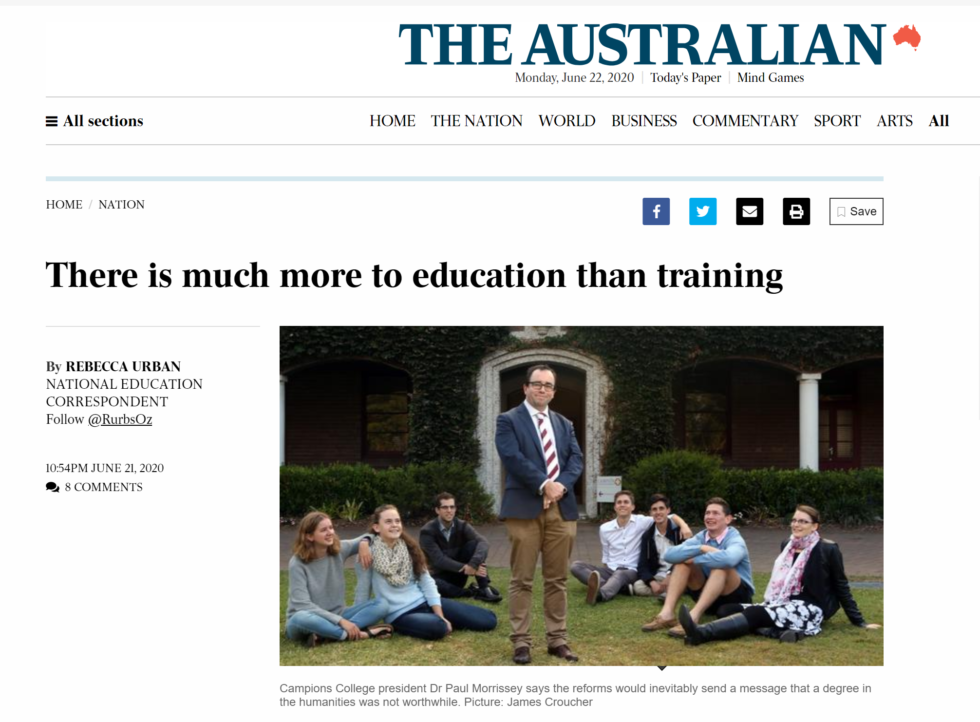 Campion has been featured in today’s edition of The Australian in an article about the government’s recent decision to hike costs for humanities degrees in public universities.

While these fee increases do not affect Campion, a private institution, president Dr Paul Morrissey has raised concerns about what this move says about the government’s attitude towards the study of the humanities and the role of the university.

The federal government’s reform of the university sector has tossed up the age-old question about the purpose of education: is it simply about training people for jobs or does it serve a higher purpose?

With the cost of a humanities degree set to double under a push for universities to produce “job- ready” graduates, the government has been accused of misunderstanding the role of humanities studies in the development of a civilised society.

“The humanities are really at the heart of a university, the heart of culture. In order for a culture to survive and flourish, its citizenry needs an education in those subjects that have formed the institutions that have built the culture.”

Education Minister Dan Tehan has defended the policy as a means of steering students to make more job-relevant choices.

Speaking at the National Press Club on Friday, Mr Tehan said connecting graduates to employers, as well as tailoring education and training to ensure young ­people’s skills meet industry demand, was “critical to the recovery of the youth labour market” in the wake of the pandemic.

“We are facing the biggest employment challenge since the Great Depression,” Mr Tehan said. “And the biggest impact will be felt by young Australians.

“They are relying on us to give them the opportunity to succeed in the jobs of the future.”

Professor Haines said the importance of the humanities studies in cutting-edge and high-growth industries was often under­estimated. “Even Steve Jobs once acknowledged that without the humanities, Apple would not exist,” he said.

“In a world where everything is becoming so automated, we need people who have those other skills — those creativity and critical-thinking skills.

“We need people who can use language in a skilled and articulate manner, who can absorb complex texts and put ideas out there in creative and persuasive ways.

“It’s a skill any business will tell you they need.”

The Australian Industry Group, which represents more than 60,000 businesses across the nation, broadly welcomed a decision to expand university places to reflect the needs of employers. However, it said reduced fees for some subjects, including maths, IT, science and agriculture, should not be at the expense of increased fees in the humanities disciplines.

“All courses have a role, and humanities courses may not be vocationally defined in the same way others are but they’re incredibly good at delivering those ­advanced critical-thinking and problem-solving skills,” Ai Group head of workplace reform Megan Lilly said.

“There’s high value placed on those skills by employers.”