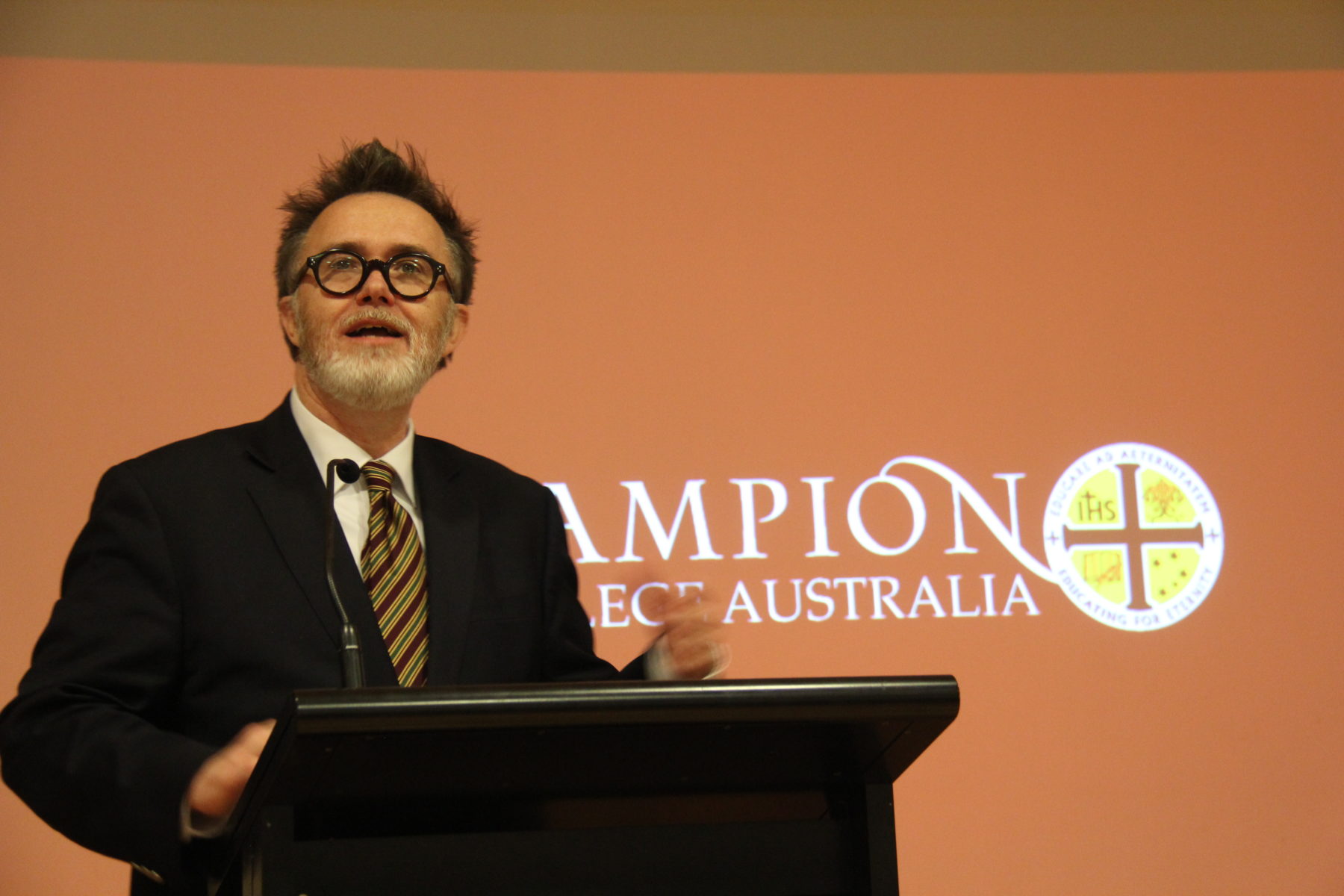 Bestselling author Rod Dreher spent a week down under to discuss his book The Benedict Option, and address the unique plight Christians find themselves in.

Hundreds of people turned up to hear him speak in Brisbane, Sydney and Melbourne.

In Brisbane and Sydney, Rod talked about the crises Christians in the West face – of meaning, of fragmentation and of identity (see Rod’s full speech below).

In Melbourne,  over 260 showed up to watch a lively and entertaining public interview between Rod and The Australian‘s foreign affairs editor Greg Sheridan. This interview is available for viewing on Campion’s Facebook page.

While in Australia, Rod also addressed the Ramsay Centre, the Melbourne Catholic Lawyers Association and was interviewed by ABC Radio, Sky News and The Australian.

After the tour, Rod wrote about it on his blog:

(M)y experience of the country and its people was something close to exhilarating. I mean that. As I told someone at dinner the other night, I spend most of my days in front of my laptop, monitoring the decline and fall of Western civilization, and thinking hard about it. And then I go out into the world and meet people like the Slovak Catholics I was with earlier this month, and like the Aussies who took such good care of me this past week, and I realize that, in Russell Kirk’s phrase, “the world remains sunlit despite its vices.”

For me, though, one great cause for Christian hope in Australia is Campion College. It’s a small Sydney institution that’s the country’s first liberal arts college. It’s a Catholic Great Books school on the St. John’s model. Go to the website and look at the course outline.  What an astonishing place! Though my family is not Catholic, we are traditional Christians who are deeply committed to the Western tradition. Besides, my children have also benefited from a classical Christian education in elementary and high school, and their mother and I have seen how this countercultural form of learning forms their hearts as well as their minds. If we were Australian, we would eagerly and gratefully send our children to college at Campion. It wouldn’t even be a second thought.

I strongly encourage my Australian readers — Catholic and other tradition-minded Christians — to go visit Campion, and meet with professors and students. The maturity of these young adults, and their intellectual sharpness, is striking. We hear a lot of complaining these days about the deficits and weaknesses of this student generation — how entitled they are, and how snowflakey (that is, unable to deal with ideas that distress them). Not at Campion. Those undergraduates are confident, intelligent, and engaging and — dare I say it? — joyful. I came away thinking that Campion is to 21st century Australia what the early Benedictine monasteries were to Dark Ages Europe: a stronghold of faith, learning, and formation that is a light in the darkness, an outpost of civilization, and a blessing to all touched by the prayer and work of its people.

If Christianity is going to survive in the West, it is going to need educational institutions like Campion College.

We would like to thank Rod for coming all the way down under and being such a wonderful guest. We wish him all the best with next book.

See pictures of the tour.