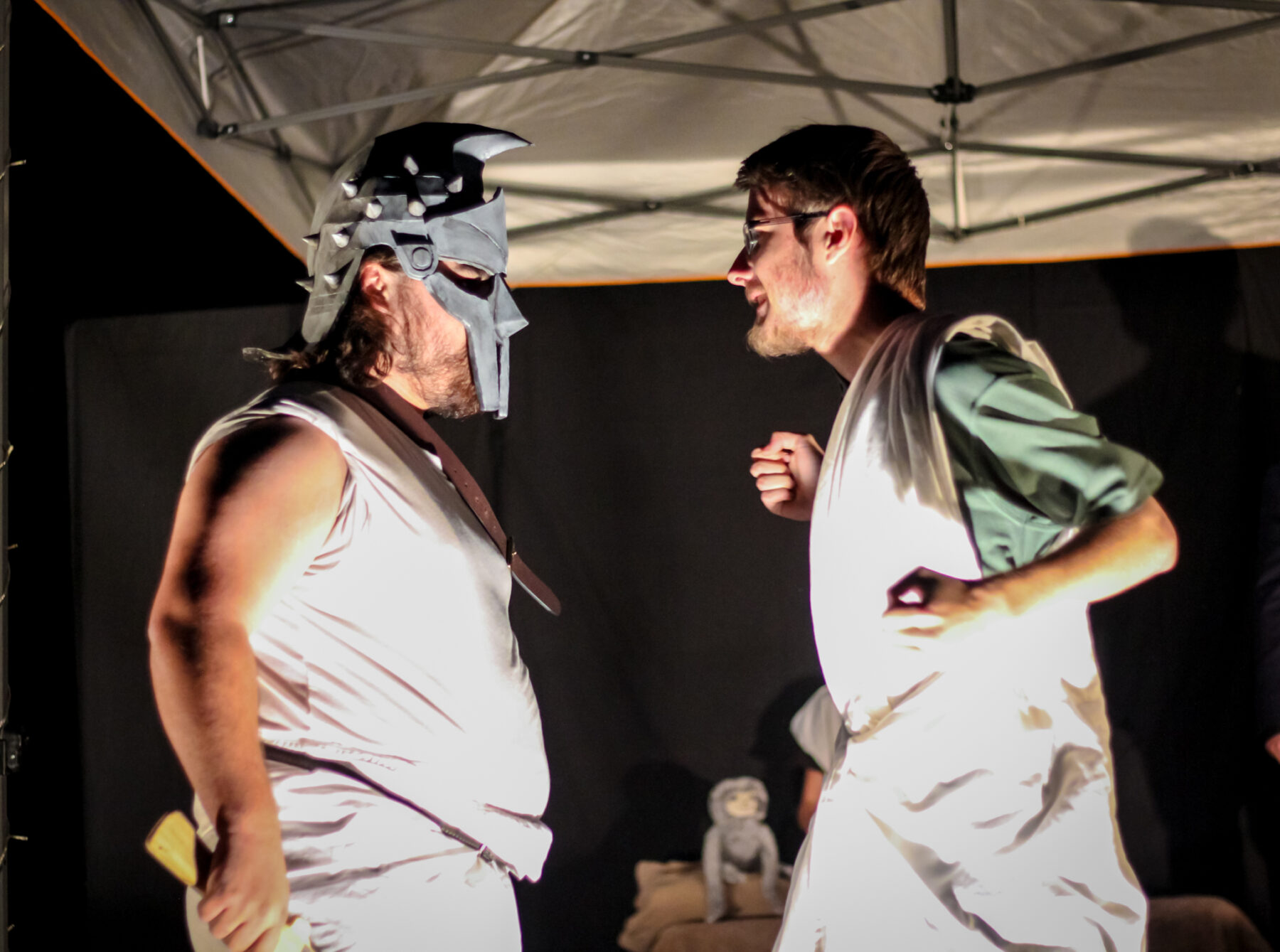 Last Friday, the Campion Theatre Society put on a skit night – our first and only event for 2020.

While the event was meant to take place in semester one, with a larger play to be performed this semester, the coronavirus lockdowns and restrictions meant the play had to be cancelled.

So instead, we decided to pour our efforts into making our skit bigger and better than usual – making set pieces and props to liven up the performances.

It was a bit of a rocky ride getting the show together, including times when we weren’t certain whether the skit night would go ahead at all. Thankfully, we were able to hold it outside and even though the day was looking stormy, the rain held off all night.

We performed three original skits in different genres and time periods: Circus Time, Death by Teapot and The Frank and Shirley Show.

The audience began their journey with Circus Time, a comedic drama in which three young boys run away to join a circus at the invitation of a shady ringmaster and unexpectedly find themselves in ancient Rome, fighting gladiators and wild lions.

For the next skit, imagine Jane Austen met Agatha Christie and you’ll get Death by Teapot, a Regency-esque murder mystery with the most unlikely of culprits.

The night finished in the 1920s, on the set of The Frank and Shirley Show, in which the hosts interviewed a flamboyant movie star, a world-famous chef and an alleged travel writer who was not “he” seemed to be.

Between the acts, the audience was treated to two monologues: one from Shakespeare’s The Merchant of Venice, and an adapted speech from Oscar Wilde’s An Ideal Husband, both performed by Naomi McClarty

All the hard work that went into writing the skits, the costumes, props and rehearsals really paid off, making for an enjoyable night for both the audience and cast. It ran smoothly and there were plenty of laughs all round.