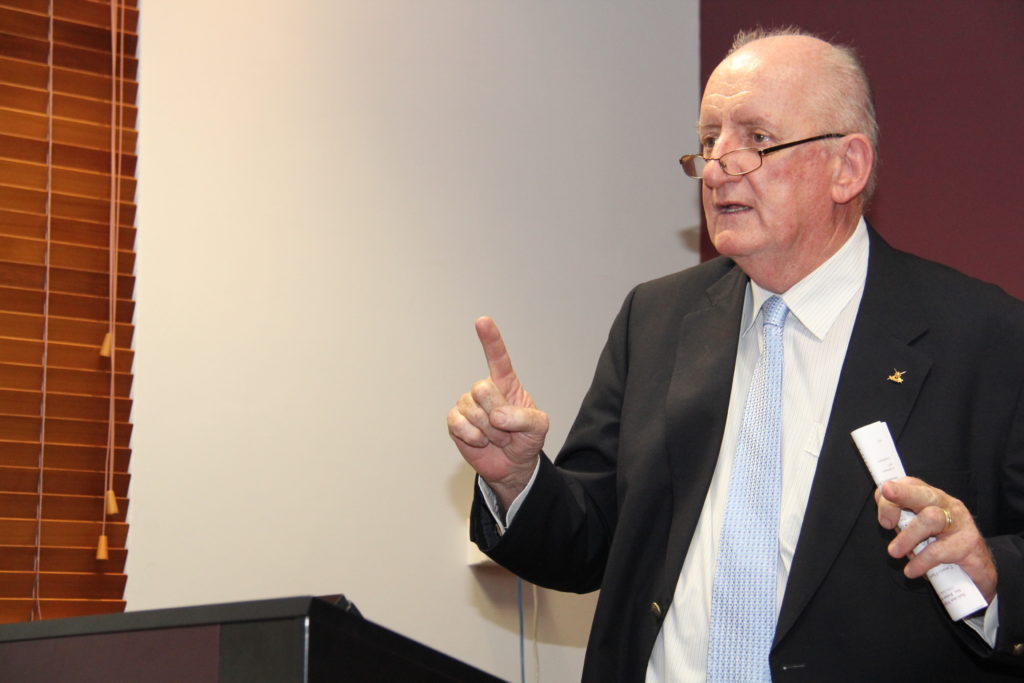 The former Ambassador to the Holy See delivered the St Edmund Campion Address in June 2012, speaking to staff and students about his time as ambassador, looking at the Vatican as a geopolitical force for good.

He began his address by comically describing ‘diplomacy’ as

…all about protocol, vitriol, alcohol and, when needed, panadol

A stalwart Catholic, Tim also served as Deputy Prime Minister and leader of the Nationals Party during the 1990s.

Campion president Dr Paul Morrissey and the college wish to express their sadness at Mr Fischer’s passing and to offer their condolences to Tim’s wife, children and family. 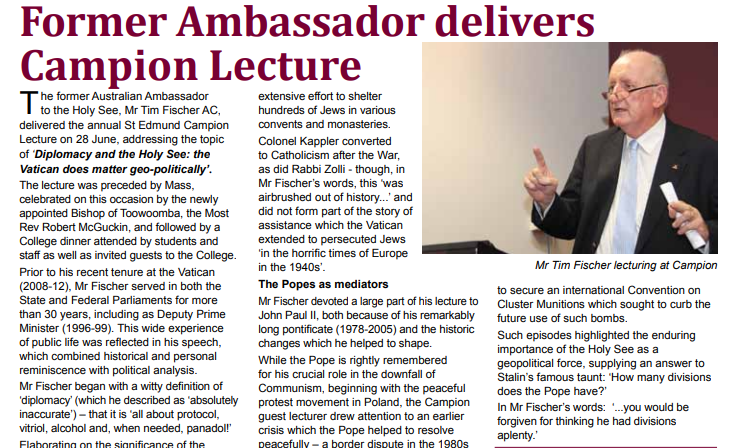