Campion College has the most satisfied graduates in Australia 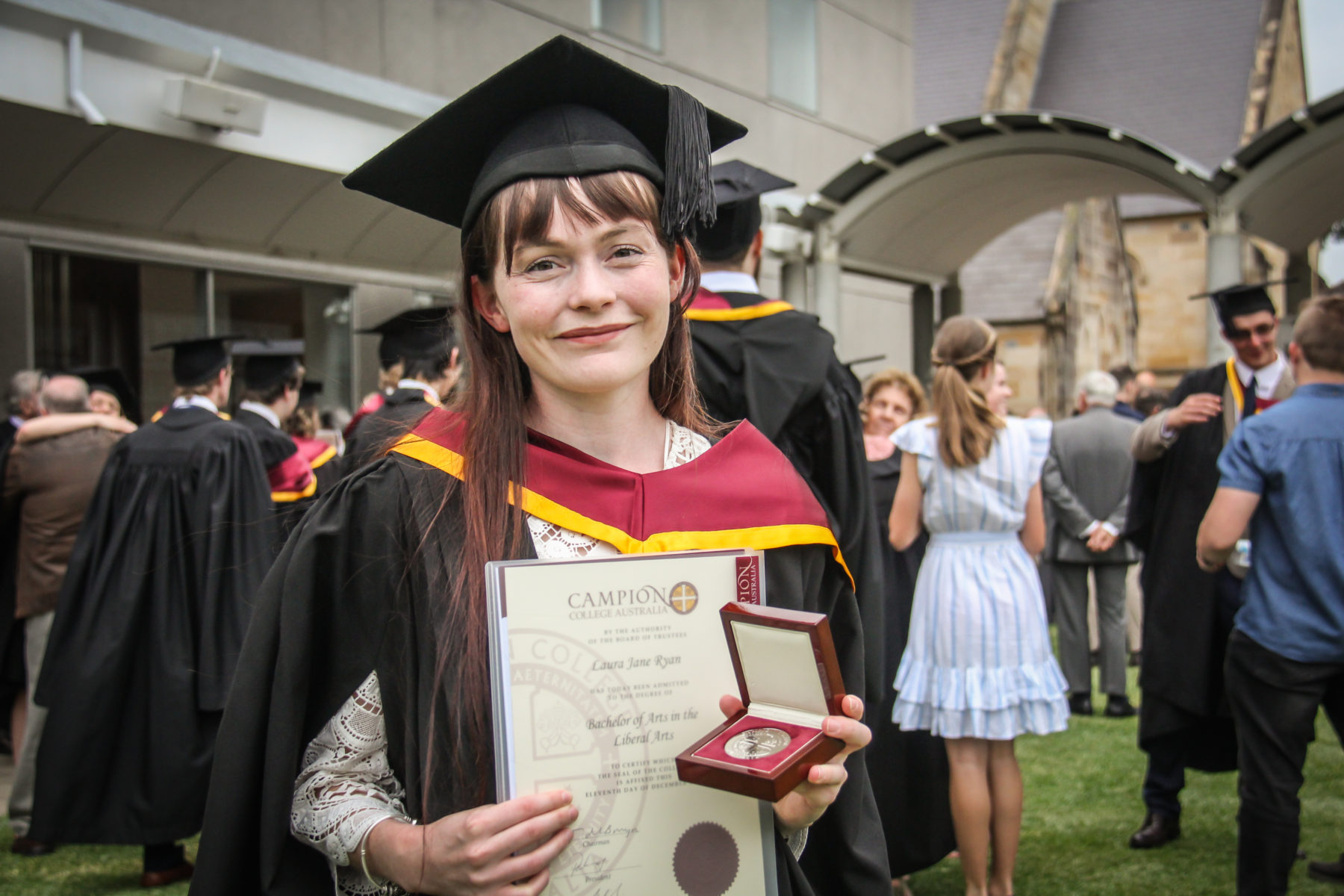 QILT released its report for 2018 this month, with Campion achieving a 100 per cent overall satisfaction rating, making Campion’s graduates the most satisfied in the country. Campion’s graduates are far happier with their education than the average tertiary student, with the national average sitting at 79.6 per cent.

Campion also received a 100 per cent rating for the number of graduates who agreed their studies had improved their generic skills – outranking the national average of 81.4 per cent.

Additionally, Campion far outstripped the average Australian university on the quality of teaching practices at 93 per cent, compared to the national rating of 62.9 per cent. 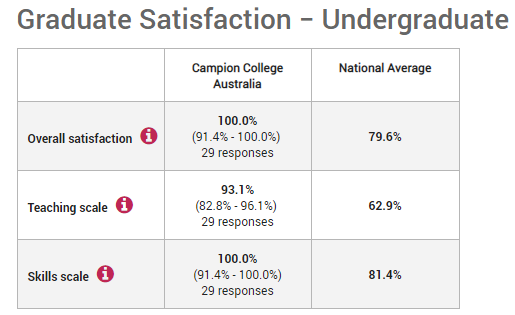 View the QILT website to read more from the 2018 National GOS Report.