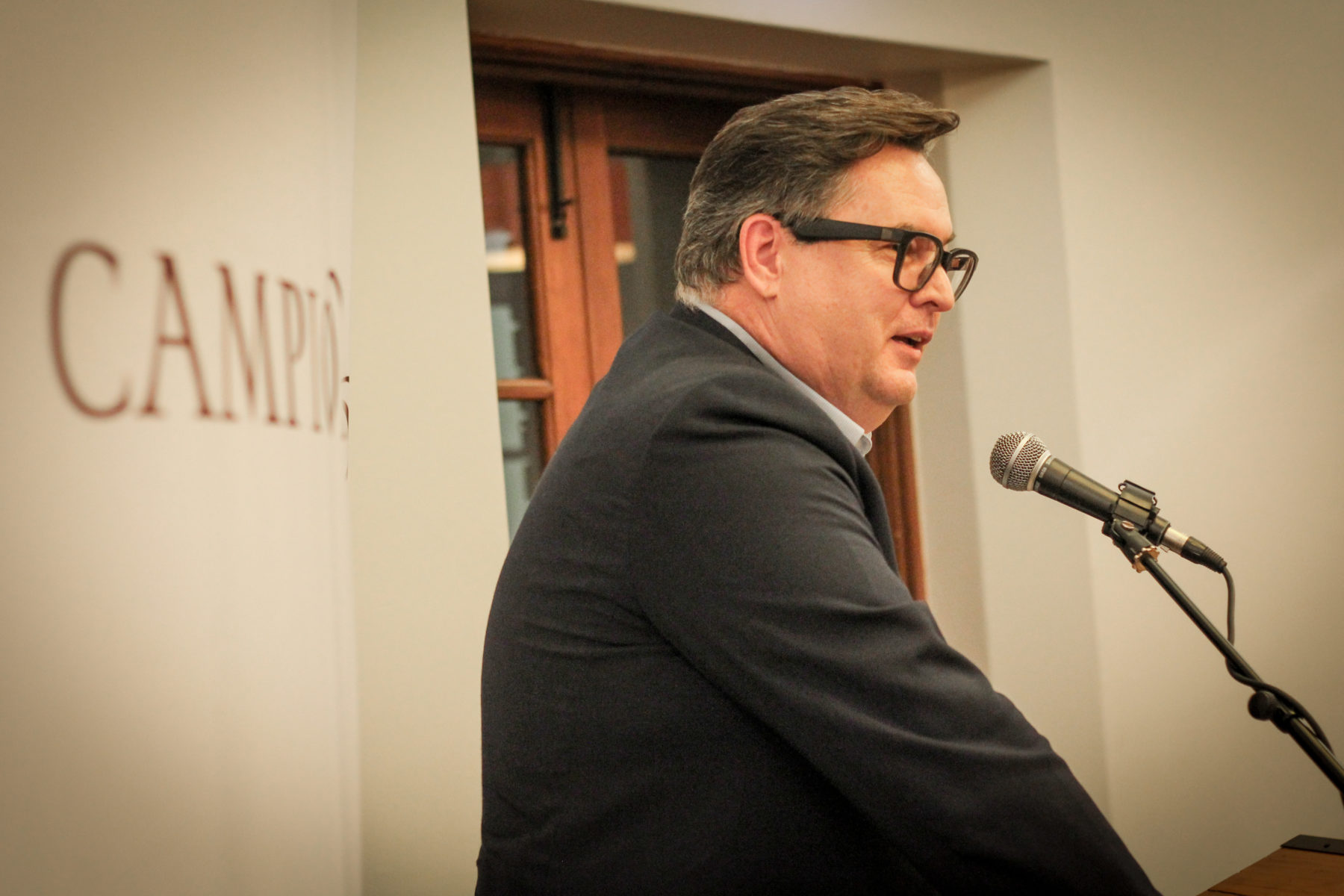 Mr Hunter, whose directing credits include Jesus, the Gamechanger and The Custodian, is originally from Western Sydney, not far from Campion College.

He told those assembled about the enviable opportunities he’d had throughout his life, from working with Hollywood directors, writers and actors, to people like Jordan Peterson and preparing to launch his own television network, attributing his successful career to God’s influence.

“I didn’t go out to create any of this – God did it,” he said. “I look across this room and… I am so jealous. You guys think this is normal.

“To see you all standing up with your value system and what you’re actually doing – God bless all of you, because the world needs you. It really does.”

The night was eventful, with new students Aaron Zietsch and Daniel Gibbons matriculated into the student body, and the Campion schola reprising their rendition of the Coventry Carol, Lully Lulla Lullay.

See the gallery of images below.