From Delinquent to Dux: Campion student’s incredible journey of conversion 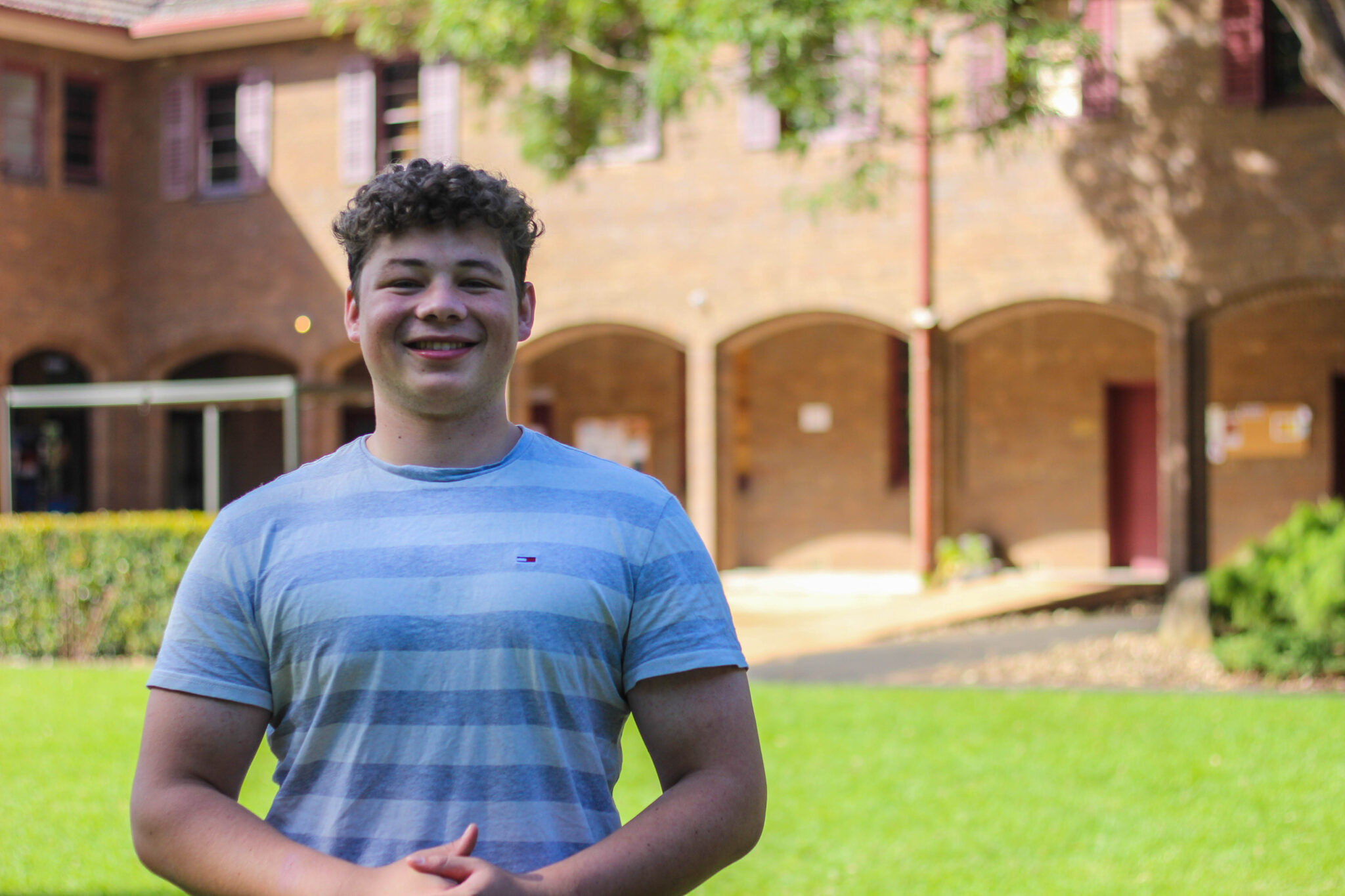 Deon Testore should not be here. At least that’s what some people would have had his parents believe two decades ago.

Today the second year student at Campion College in Sydney’s west is a passionate defender of the life of the unborn.

But that’s just one wonderful contradiction the young Sydney Catholic has seen unfold in his life. He’s also a Catholic who once believed Catholicism was evil, and a dux at the school where he used to be a delinquent.

“My parents’ situation is a textbook case made by people who are pro-abortion,” Deon told The Catholic Weekly. “I was conceived when my mother was 17 out of wedlock, my father was an immigrant and only 19.

“Social workers told my mother that she needed to get rid of me because she was so young and I was going to ruin her life. A social worker sort of tricked her into going to some kind of prenatal clinic in Redfern and my dad described to me feeling very uneasy as the doctor asked lots of socioeconomic questions as opposed to medical ones.

“They wanted to give my mother a needle which my dad felt very apprehensive about, and told them, ‘We’ll just have a chat about it outside’, and they left.” Like his parents, Deon believes the injection was intended to bring on a miscarriage and says it was a “miracle” he survived that day.

Growing up in Blacktown he saw them working long hard hours to make ends meet, and regrets the heartache he gave them as a teenager who didn’t make the most of the opportunities they gave him, such as an education at Marist College in Eastwood.
“I was very grateful to them for that, but as a lot of teenagers or kids do, they get seduced by the world in a sense,” he explains.

“I was listening to a lot of hard rap music and I got very into bad crowds, people trying drugs and alcohol, lots of violence and other gang-related things. I think I caused a lot of harm, myself.

“It wasn’t as if I hadn’t had good formation from my parents, but you’re naturally curious as a child and I just wanted to explore down that path. But by around age 16 I was living in a really undesirable fashion.”

That year the senior students were invited during an assembly to consider joining an archdiocesan pilgrimage to the 2016 World Youth Day in Kraków, Poland. Deon’s mates scoffed but he put his hand up. “Something just spoke to me and said I should do it,” he said.

Though he still “acted in a delinquent fashion” on the pilgrimage, he made some good friends and was amazed by Rome’s churches, especially by the Basilica of Saint Paul Outside the Walls.

“I remember seeing the statue of St Paul standing in front of the church and it really resonated with me as to what a man should be, a bearer of truth and those sorts of things,” he said. “He is still a favourite character of mine from the New Testament.”

Following the WYD pilgrimage, he began to turn his life around. Frightened by the prospect of ending up in the courts or in prison he applied himself to his studies, mentored younger students, and even took responsibility for a school prayer group.

A couple of years later, Deon found himself back at his favourite church, Saint Paul Outside the Walls, this time having won the honour as a nominee of the Archbishop of Sydney Awards for Student Excellence. He won one of the awards, the only non-Catholic student to do so that year, and soon after entered the Church thanks to the encouragement of friends, such as Daniel Koleci and Elio Haddad, who patiently answered his questions about the faith with genuine apologetics.

Now studying law and communications at the University of Technology, Sydney, as well as liberal arts at Campion, Deon is busy but makes time for prayer and the sacraments and intentionally strives for the virtues.

“Daniel and Elio in particular have taught me a lot, particularly about masculinity and what it is to be a man, to have discipline, integrity, courage, these things,” he says. “The people I had previously looked up to as role models were just playing at being a man, they aren’t actually men.”

This story originally appeared in The Catholic Weekly on 27 May 2021.