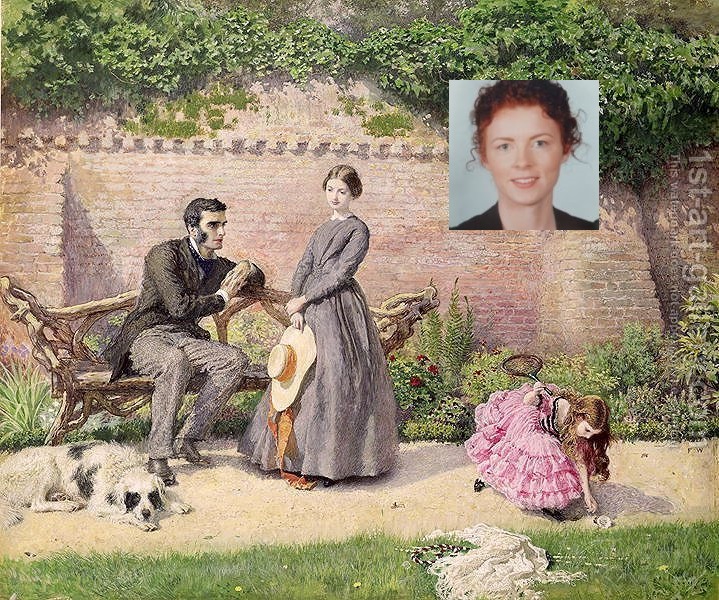 “Was Jane Eyre a proto-feminist, or were her actions based on traditional values?” asks Campion alumna Johanna O’Farrell. In a piece published in Mercatornet, Johanna examines one of English literature’s greatest heroines:

Jane Eyre, the eponymous character of Charlotte Bronte’s Victorian masterpiece, is arguably one of Western literature’s greatest heroines. If literature could canonise her own, surely Jane Eyre would swiftly be declared in the company of saints. Jane Eyre (1847) enjoys enduring popularity, as 13 television productions and 21 film adaptions of the novel would suggest.

There are many reasons as to why one might admire Jane: her honesty, feeling, and spirit, her search for human love, her keen intellect, and her courage and perseverance give her universal appeal.

However, the celebration of her as a proto-feminist and modern heroine misconstrues her motivation as based on subjective self-loyalty or resistance toward male power. Jane is in fact moved by her God and seeks the objective Christian ideal in marriage.

It is this reality that underpins Jane’s joyful and famous declaration, “Reader, I married him”, in the novel’s epilogue. In this regard, the virtue of “being modern” attributed to Jane warrants reconsideration, and I propose that Jane Eyre is a not-so-modern heroine after all.

There has been much debate as to whether or not Jane is a feminist figure. Certainly, the novel is often referred to as a “pivotal text for feminists” as it is clear that, at the very least, Jane is a strong woman.

Many say Jane practised that very modern virtue of being “true to oneself.” Indeed, Karen Swallow Prior’s Jane Eyre and the Invention of Self proposes that Bronte’s novel was “the first… to best express the modern idea of self…” She says: “It was the narrative voice of Jane — who so openly expressed her desire for identity, definition, meaning, and agency — that rang powerfully true to its 19th-century audience.”

Similarly, Barbara Z. Thaden in Be True to Yourself: Charlotte Bronte’s Jane Eyre suggests that at the prospect of becoming Mrs Rochester, Jane “begins to see that married and dependent she endangers her freedom, her integrity, her “inner self.”

In this regard, Jane is often viewed as a rebellious figure; a member of a burgeoning feminist resistance or a twenty-something upstart, refusing to submit to the status quo.

Let’s consider the claim that Jane is true to herself, alongside her decision to leave Mr Rochester after discovering that he is still married to the deranged and unfaithful Bertha Mason. Jane does so to absolutely refuse Mr Rochester’s suggestion that she be his mistress, and that they live together “as husband and wife”.

Jane stays true to herself because she remains committed to her moral code. But the price of this is wrenching and radical (and old-fashioned) control of her passions and desires.

In this regard, to treat her departure as simply an enactment of the Shakespearean adage on “self-loyalty” is to cast her “self-loyalty” as an end in itself, and to leave the discussion at a dead-end by ignoring the Christen beliefs that guided Jane’s conduct.

Yet, Sarah Gilbert argues that Jane’s decision and “resistance” was a manifestation “of a heathen mind, which was a law unto itself.” She goes on to say that Bronte has “overthrown authority” and “cultivated rebellion.” And it is true; Jane does “overthrow” the authority of her wealthy, powerful male love. However, she does not do this for the sake of resisting male dominance or social norms, or for the sake of her identity and self-actualisation.

In a close reading of the scene of her final late-night encounter with the distraught and bereft Rochester, it becomes clear that her flight from Thornfield was anything but self-serving. Jane, who loves Rochester with a powerful love, refuses to live and lie with him. He pleads with her, saying:

“Is it better to drive a fellow-creature to despair than to transgress a mere human law, no man being injured by the breach? — for you have neither relatives nor acquaintances who you need fear by living with me.”

Both the pathos of Rochester’s plea, and its employment of a very modern, utilitarian principle, that the actions of individuals should only be limited to prevent harm to others, contribute to its persuasiveness.

In response to Rochester, Jane does as Prior suggests — she “turns inwards” and grapples with her beloved’s request. She considers its validity and echoes his suppositions, responding:

“This is true: and while he spoke my very conscience and reason turned traitors against me, and charged me with a crime in resisting him. They spoke almost as loud as Feeling: and clamoured wildly. Oh, comply! It said. ‘Think of his misery; think of his danger; look at his state when left alone… soothe him; save him; love him; tell him you love him and will be his. Who in the world cares for you? Or who will be injured by what you do?”

The portrayal of Jane’s dilemma and struggle is steeped in Christian theology on sin and temptation, with which Bronte, the daughter of an Irish–Anglican clergyman, would herself have been so familiar. Bronte delineates a classically Christian tussle between good and evil, in which Jane does not “turn inwards” merely to consult the rulings and determinations of her subjective self, but Christian moral principles that inform and guide her understanding of relationships.

What illustrates the novel’s Christian understanding of conscience is Jane’s powerful response to the voice of temptation, which is characterised as an “indomitable… reply”:

“I will keep the law given by God; sanctioned by man. I will hold to the principles received by me when I was sane, and not mad — as I am now. Laws and principles are not for the times when there is no temptation: they are for such moments as this, when body and soul rise in mutiny against their rigour; stringent are they; inviolate they shall be. If at my individual convenience I might break them, what would they be worth?” [emphasis mine]

It is here we see in clear and powerfully poetic terms, that Jane is not a servant of “the individual”, but of God. Moreover, she describes herself as consumed by her passions; an admission in which Bronte yet again characterises sin as being divorced from reality, in the repetition of the concept of ‘insanity’ and ‘madness’:

“[God’s laws] have a worth — so I have always believed; and if I cannot believe it now, it is because I am insane — quite insane, with my veins running with fire, and my heart beating faster than I can count its throbs. Preconceived opinions, foregone determinations, are all I have at this hour to stand by: there I plant my foot.”

The image of Jane “planting of her foot” recalls the depiction of the Virgin Mary crushing the head of the serpent in Genesis 3:15, thus reinforcing Jane’s virtue.

Jane’s desire to “live sinless” and “possess her soul” is not an example of repression. She is not “Puritan”, as Patrick Parrinder claims in Tory Daughters and the Politics of Marriage.

Despite her “Quakerish, plain” appearance, Jane’s love is an enfleshed and incarnated one, full of passion and vigour. Indeed, Jane rejects any conceptualisation of her person without these dimensions. When under the apprehension that Rochester is to marry Miss Blythe Ingram and wishes Jane to stay on at Thornfield as governess, she cries out “roused by something like passion”:

“Do you think I am an automaton? — a machine without feelings? And can bear to have my morsel of bread snatched from lips… Do you think because I am poor, obscure, plain, and little, I am soulless and heartless!”

At his proposal, Bronte describes Rochester “enclosing [her] in his arms and gathering [her] to his breast.” She is “kissed… repeatedly” and embraced by him. When she learns of his married state, she mourns the loss of the contact she was once permitted as she could “not seek Mr Rochester’s arms [or]… derive warmth from his breast” and as she recognises that her “body… rise[s] in mutiny” against this resolution.

The morning Jane flees Thornfield, she stops outside Rochester’s bedroom door and says, “There was a heaven, a temporary heaven — in this room for me, if I chose: I had but to go in and to say…”, thereby revealing how close she came to crossing the threshold and seizing “a temporary heaven”.

Thus, Jane’s flight from Thornfield is an exercise of true freedom, as she is in the classical sense “free to choose the good”. Jane is, as she insists “… no bird; and no net ensnares [her]; [she is] a free human being with an independent will.”

Jane’s resolute loyalty to Christian morality makes her enduring popularity rather puzzling. Indeed, in a climate that tears down those who uphold traditional notions of marriage, one can only assume that the contents of Jane’s beliefs are swept under the carpet by her admirers, in a culture that has all but dispensed with Biblical notions of fornication and sexual sin.

Jane Eyre’s enduring popularity is a glimmer of hope for a revival of the Christian view of sexual morality. She has all the strength, determination, and passion of a contemporary feminist heroine, but the intellect and conscience of a deeply Christian woman. But that is precisely what makes her character so attractive. If that’s the way young Christian women live, there must be something to it after all.