Let’s save the Humanities instead – Dr Paul Morrissey in Spectator 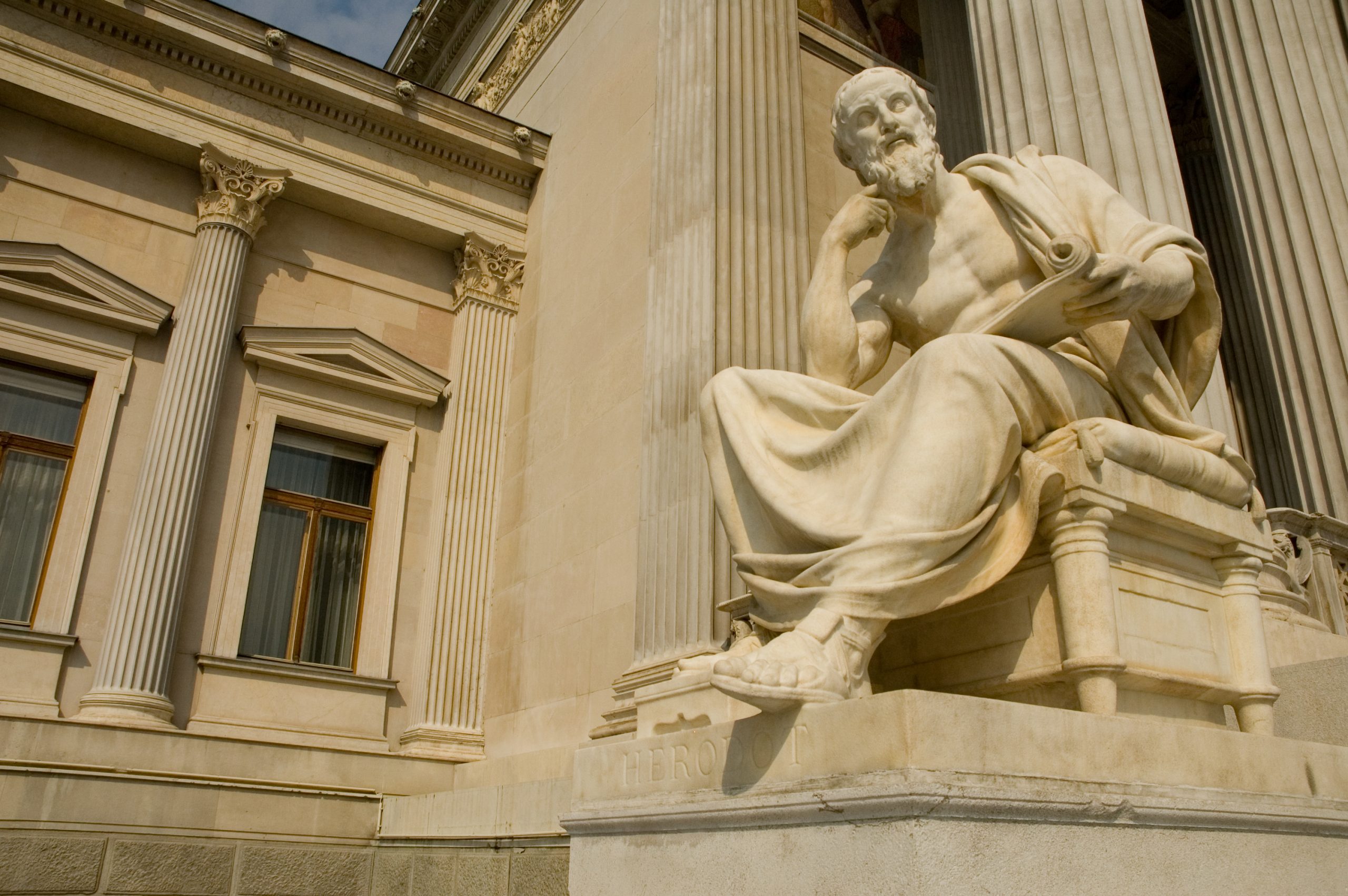 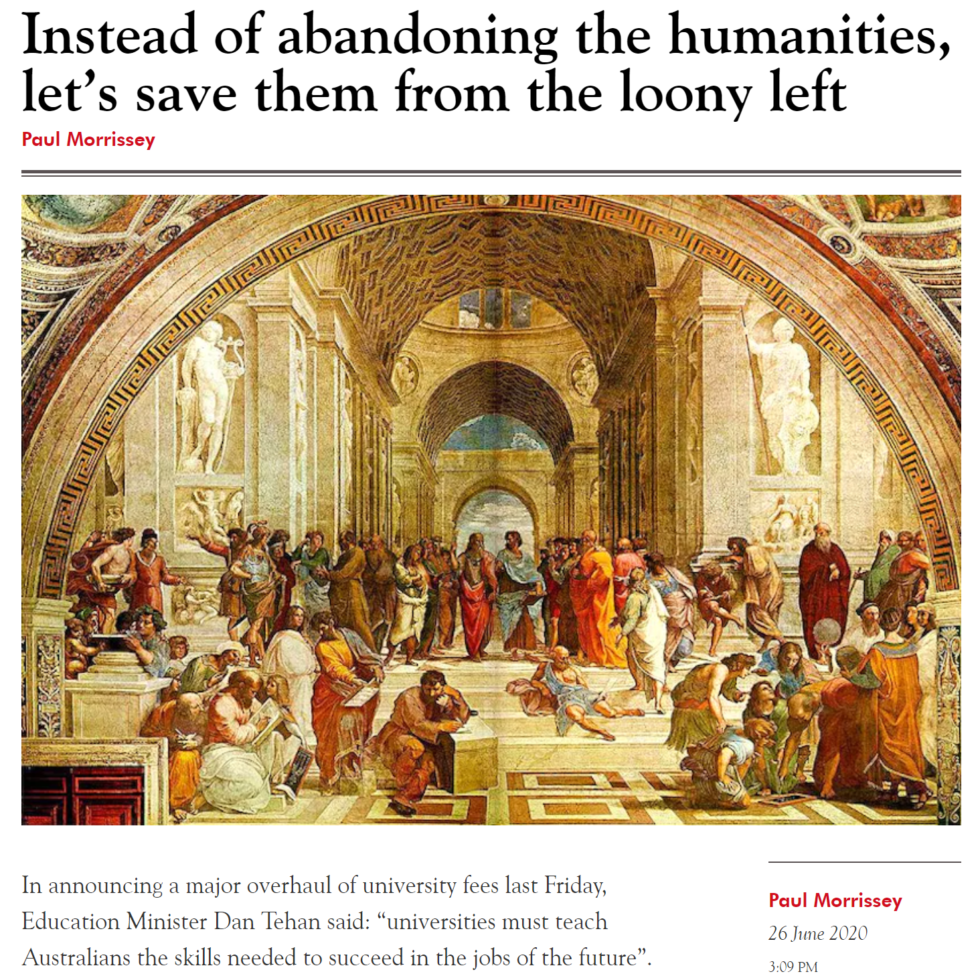 In an article in the Spectator Australia magazine, Campion president Dr Paul Morrissey has defended the role of the humanities in our universities, in response to the government’s recent decision to hike up costs for degrees.*

In announcing a major overhaul of university fees last Friday, Education Minister Dan Tehan said: “universities must teach Australians the skills needed to succeed in the jobs of the future”.

He was referring to the lowering of fees in STEM and agricultural fields, while the cost of arts and humanities degrees, among others, is being raised substantially. This announcement came in the context of university funding and the crises brought on by COVID-19.

The implication is that degrees in the humanities are not considered as useful to the working world as those in STEM fields. Mr Tehan’s announcement glosses over the fact that the humanities not only have great utility to the professional sphere but are absolutely essential to the role of universities.

The humanities are named as such because their purpose is the study of humanity itself. They are the heart of the university from which flow other more specialised and vocationally orientated pursuits. Literature, history, philosophy and the arts help us understand the human person and contextualise the age in which we live. This may sound somewhat highbrow and esoteric but it has very practical implications.

Many high school students jump straight into a vocational degree after school so they can begin a career and start making money as soon as possible.

Yet most high schoolers I speak to have only a vague idea about which profession to pursue. Many drop out or start a new degree during their undergraduate years, while the average person changes jobs three times per decade. If and when other opportunities do arise, they can have difficulty switching careers with little or no other training under their belts.

I note with some interest that Ernst and Young’s managing partner Catherine Friday has welcomed the government’s move when in 2018 EY released a report stating 40 per cent of current degrees would be obsolete in the near future and that employers were increasingly looking for graduates with “soft skills” like good communication and the ability to write and think critically.

Studying the humanities, particularly the enduring texts and ideas of Western Civilisation, fundamentally shapes a person’s perspective. I’m fortunate enough to preside over a college that exclusively teaches the liberal arts, in a classical approach to education.

At Campion, the students thrive in an environment where all they need is a good book, a lecturer to guide the discussion and their own minds. They are then able to take the unique insights gained through this cultivation of critical thinking into the workforce, where many of our graduates are flourishing.

However, it must also be stated that most humanities departments in our universities are failing to live up to this standard.

A system in which one picks and chooses disparate, and often unrelated, units to make a Frankensteinian arts degree prevents the student from engaging in a coherent form of study which would enable them to understand the development of Western thought. A student who takes a unit in modern philosophy, for example, will be unable to truly comprehend the development of philosophical thought if they haven’t first studied Plato or Aristotle, the founders of philosophy.

We’ve also seen a disturbing trend in arts degrees in which subjects are politicised and a pseudo-scientific method (critical-theory) is used to create a divisive rather than a cohesive or objective analysis of the past.

As the Institute of Public Affair’s Bella d’Abrera has pointed out, history courses at Australian universities are far more likely to use words like “race”, “gender” and “environment” rather than “science”, “democracy” or “enlightenment” in their titles or subject descriptions.

These days, most universities function as specialised centres of learning that provide qualifications for particular professions. Indeed, even to define this may come across as strange and superfluous to some, since a university degree has become practically synonymous with a professional qualification – just another dot point on a resume.

Bank of England Chief Economist Andy Haldane said this kind of rigid specialisation was to be avoided, in a speech given at Oxford University two years ago:

“It has become rather trite to talk of the need for ‘lifelong learning’. But never has the need for such learning likely to have been greater, given the longer span and greater volatility in future career paths. Making these career transitions will itself call for a particular set of skills — personal resilience, problem-solving and flexibility. As is now well-recognised, these character attributes are best instilled in early years … The importance of a broad-based, [Cardinal John] Newman-style education is likely to be greater than ever.”

Contrary to the implicit message delivered by Mr Tehan, humanities degrees are, and always will be, exceptionally worthwhile as long as they fulfil their true purpose. Higher education, institutionalised in Universities and Colleges, has, until relatively recently, been motivated to educate its young into a civilisation so as to better understand and renew the institutions that uphold it. This is sadly no longer the case and a renewed humanities is vital to turning it around.

Unfortunately, while our society has achieved unprecedented rates of education and knowledge, it has produced new forms of illiteracy. As the cultural critic Christopher Lasch pointed out, “People increasingly find themselves unable to use language with ease and precision, to recall the basic facts of their country’s history, to make logical deductions, to understand any but the most rudimentary written texts, or even to grasp their constitutional rights.”

At the very least these announcements have put the humanities on the front page. My hope is two-fold: that there will be a renewed appreciation for the value of the humanities in our culture as well as a reform in the way arts degrees are taught in our universities, so that they emphasise reasoned analysis over emotional generalisation, and deep thinking instead of divisive identity politics.

Read the article in the Spectator online.

*The fee increases for humanities degrees do not affect Campion, a private institution.