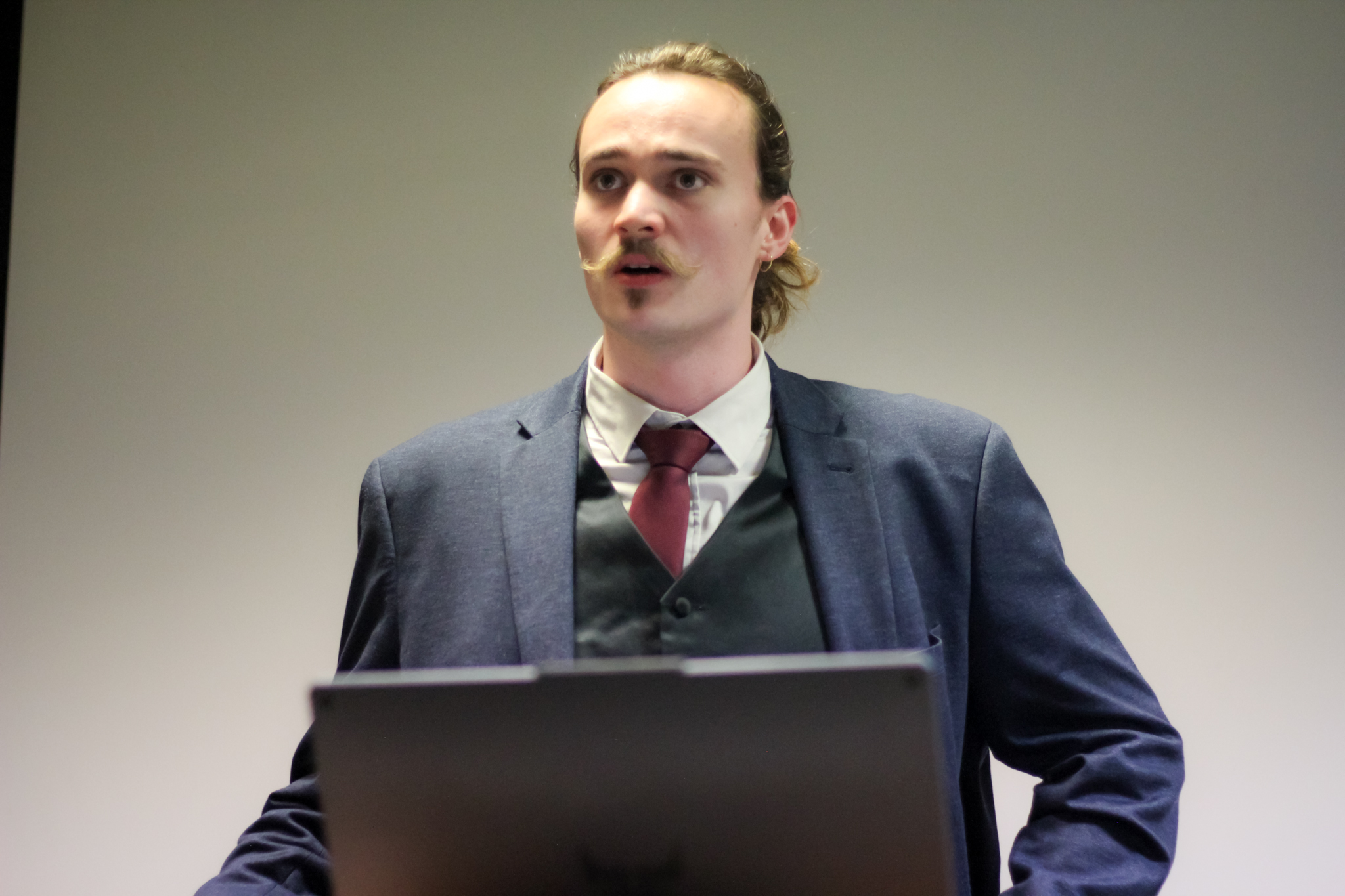 Students who took part in Campion’s annual public speaking competition this week were challenged to not only present a prepared speech, but to make an impromptu one as well.

Organised by President of Debating and Public Speaking Deon Testore, the competition required participants to prepare a six-minute speech on one of two topics: ‘Proselytism is solemn nonsense (Pope Francis)’ or ‘in today’s world, homeschooling is a Christian family’s best option’.

Ordinarily an annual event, the Frank Sheed Public Speaking competition was cancelled in both 2020 and 2021 due to pandemic restrictions, but returned this year with the added twist of an impromptu speech.

Following their prepared speeches, each student was then brought into the lecture theatre one at a time to be given the topics for their four-minute impromptu speech: ‘that Joe Biden is a good Catholic’ or ‘that no Christian child should trick or treat’.

Interestingly, all but one student (Colin Shah) opted for the second topic to give their on-the-spot speech.

The competition was adjudicated by Dr Robert Haddad, author, teacher and apologist, who works as Manager of the Network Catholic Identity for Sydney Catholic Schools.

He gave each speaker detailed feedback on both speeches, congratulating them particularly on the difficult task of making a compelling impromptu speech. He ultimately awarded first, second, and third places to Gareth Cassidy, Jonothan Lethbridge and Rebekah Flynn, respectively.

Congratulations to the winners and well done to all students who participated! 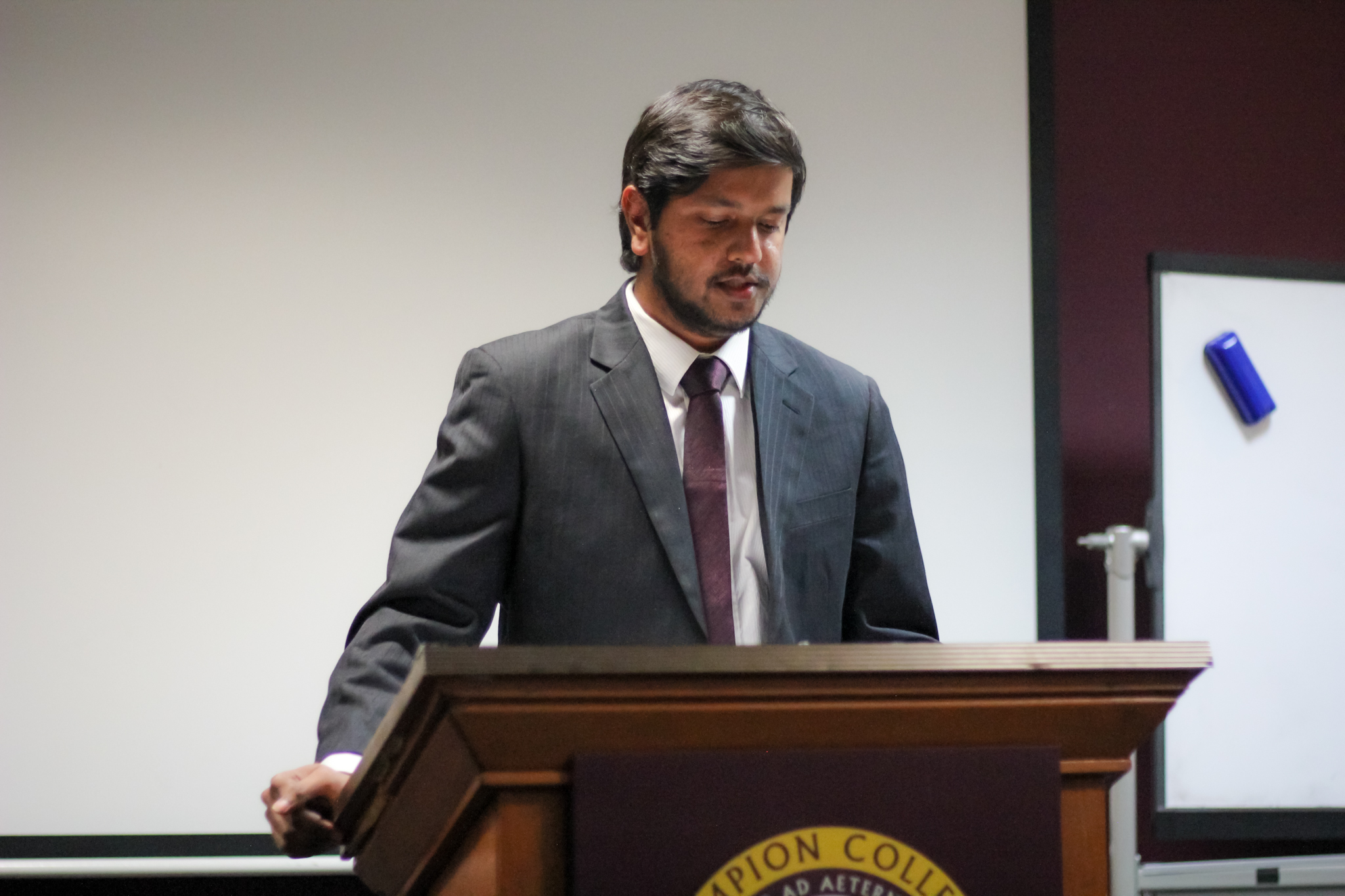 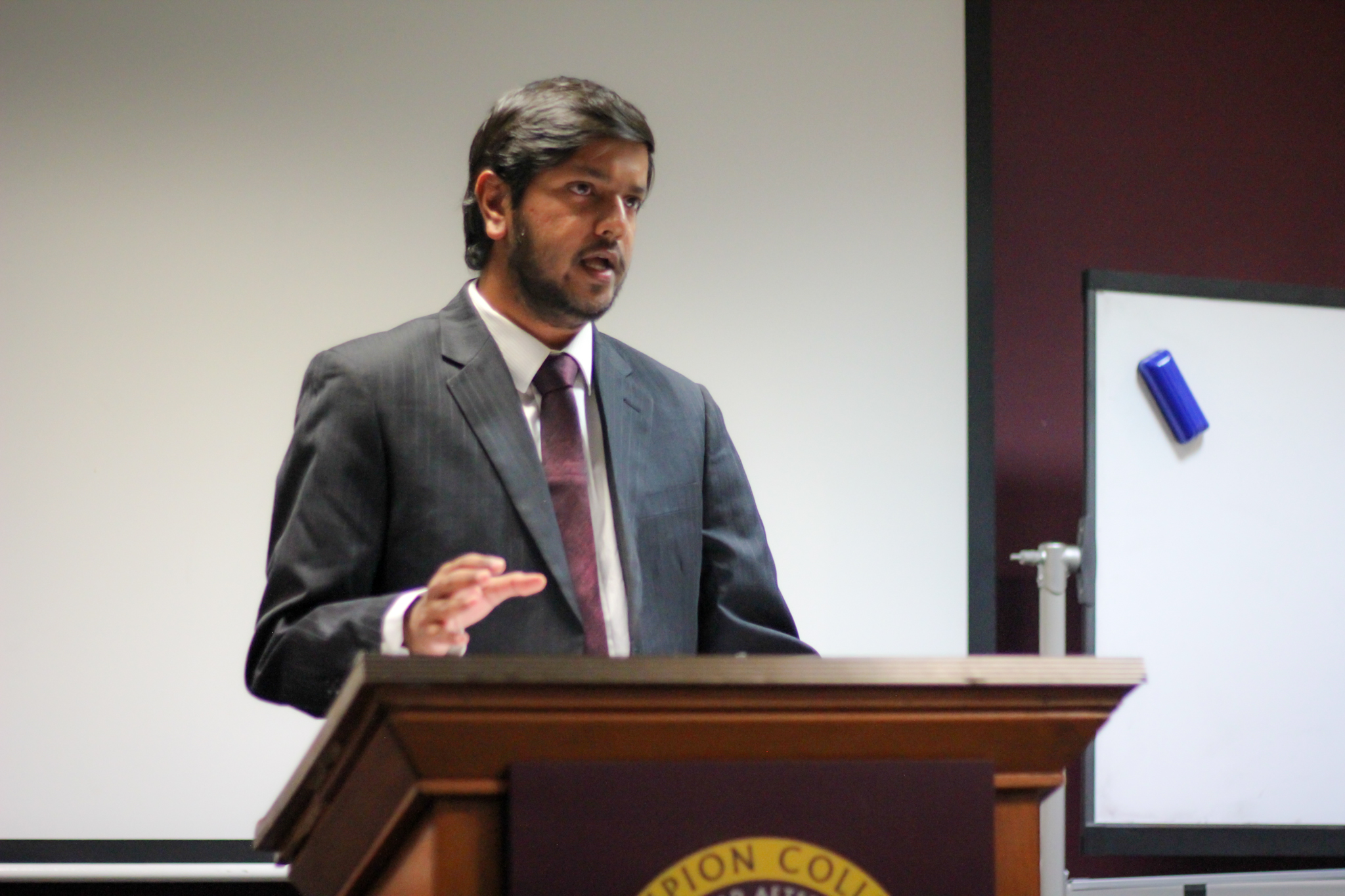 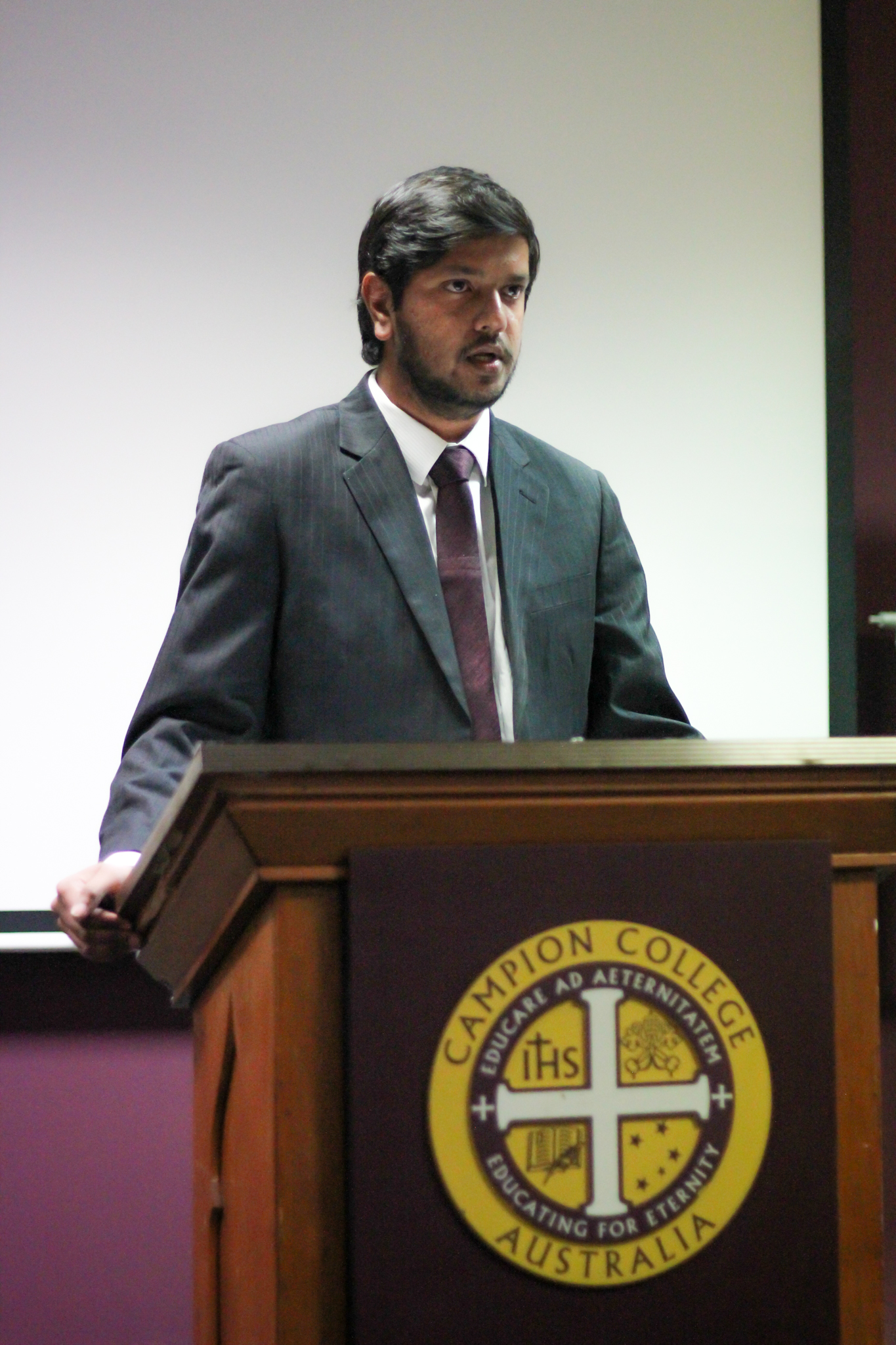 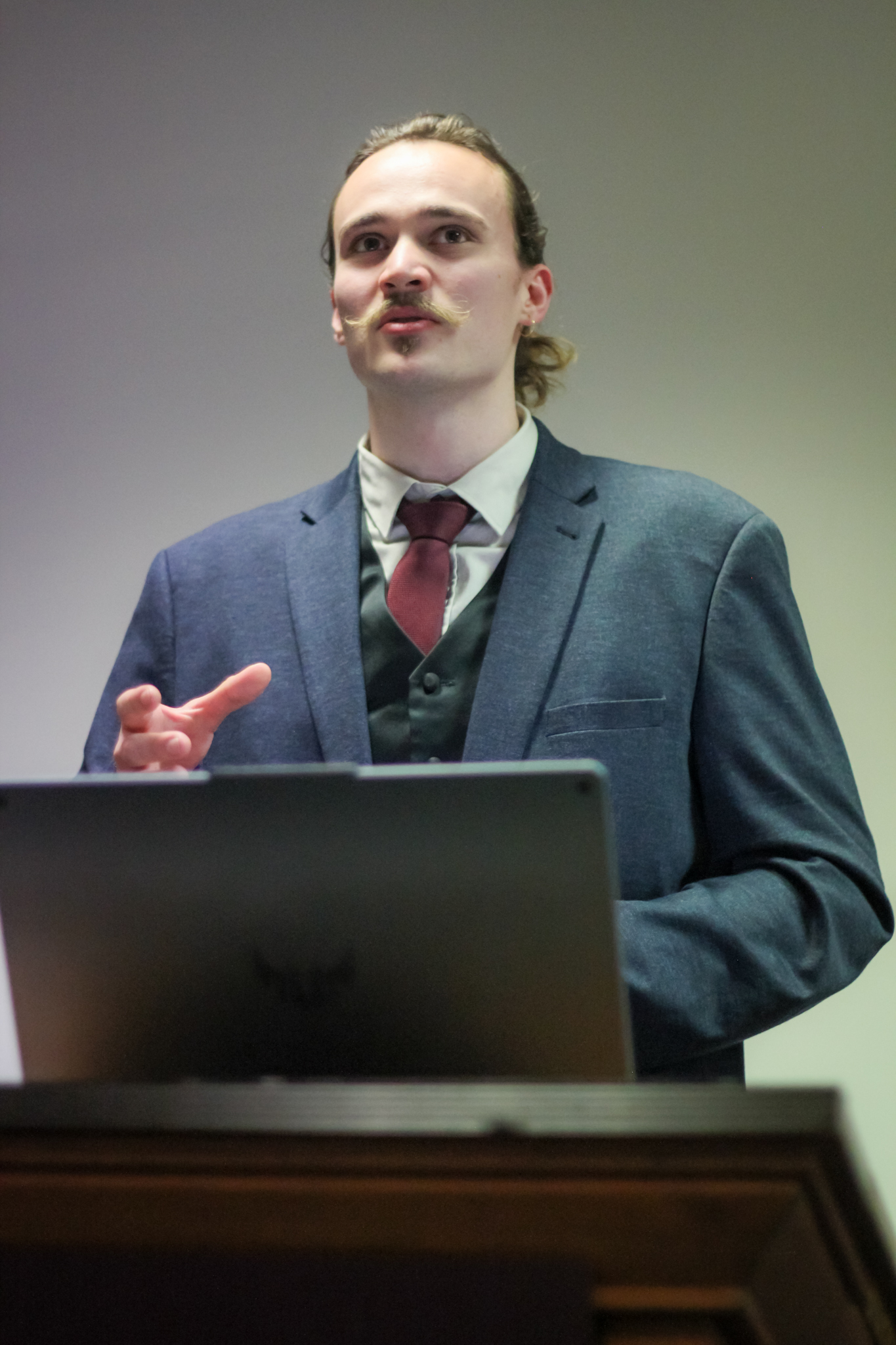 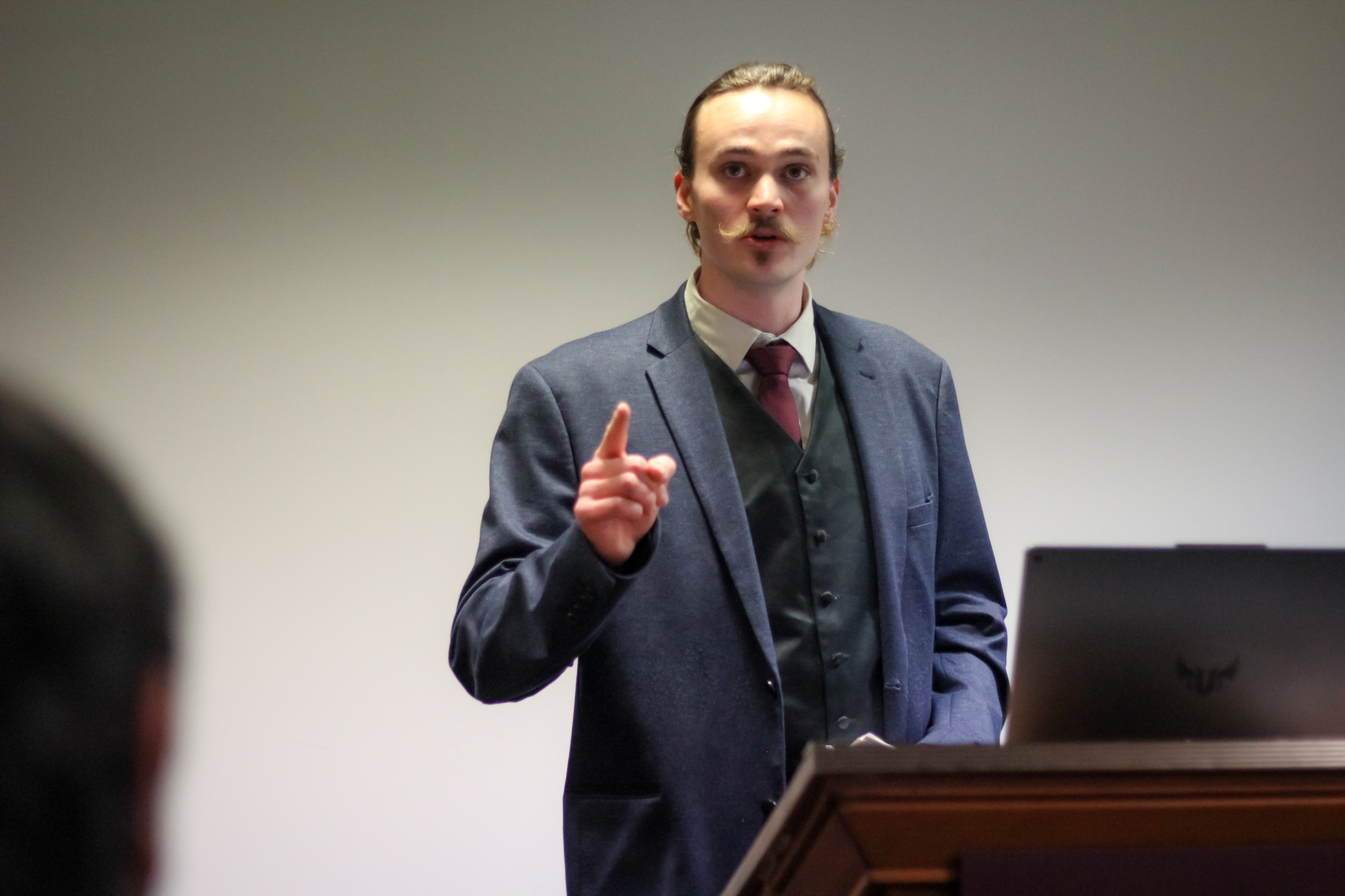 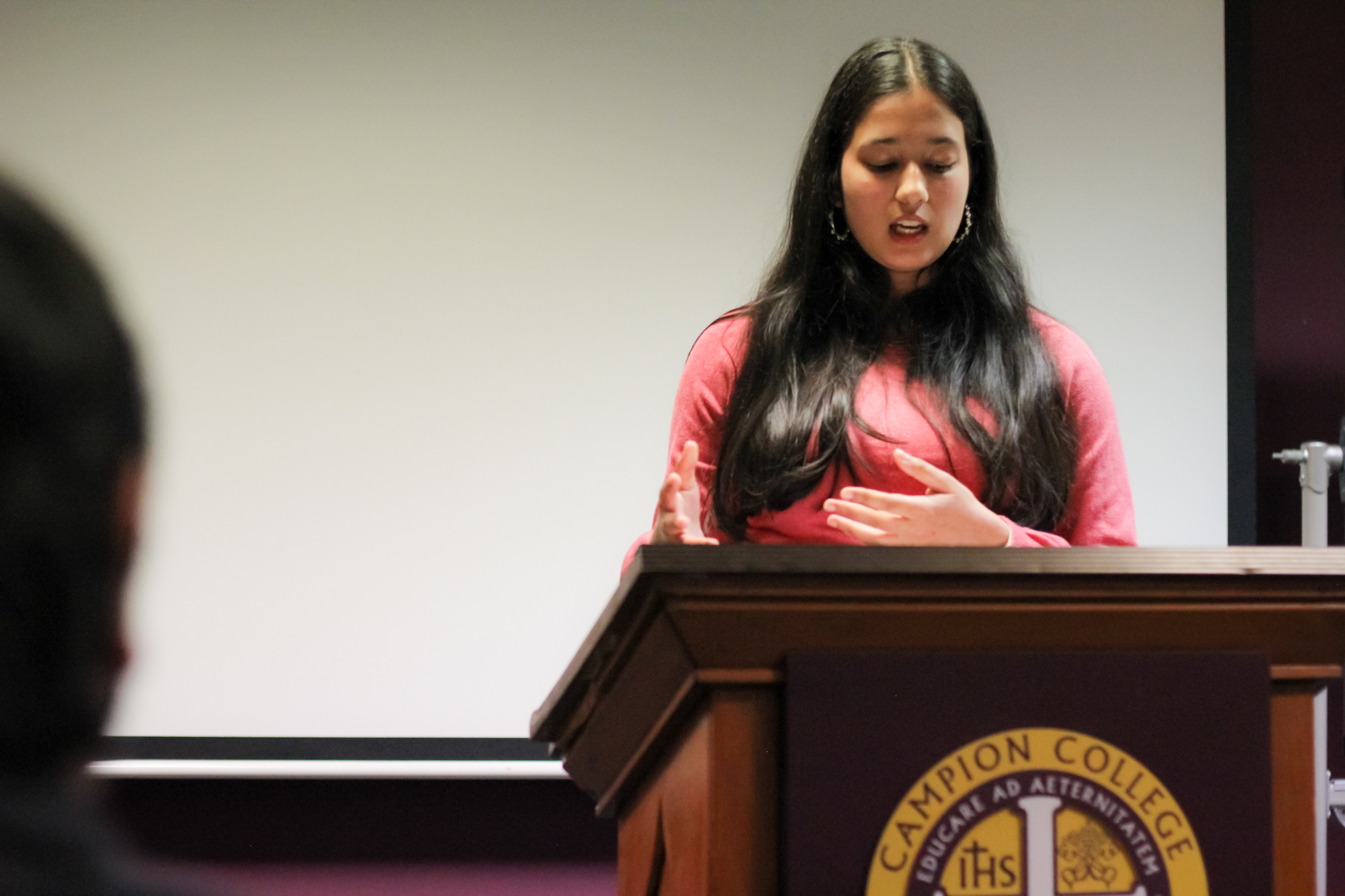 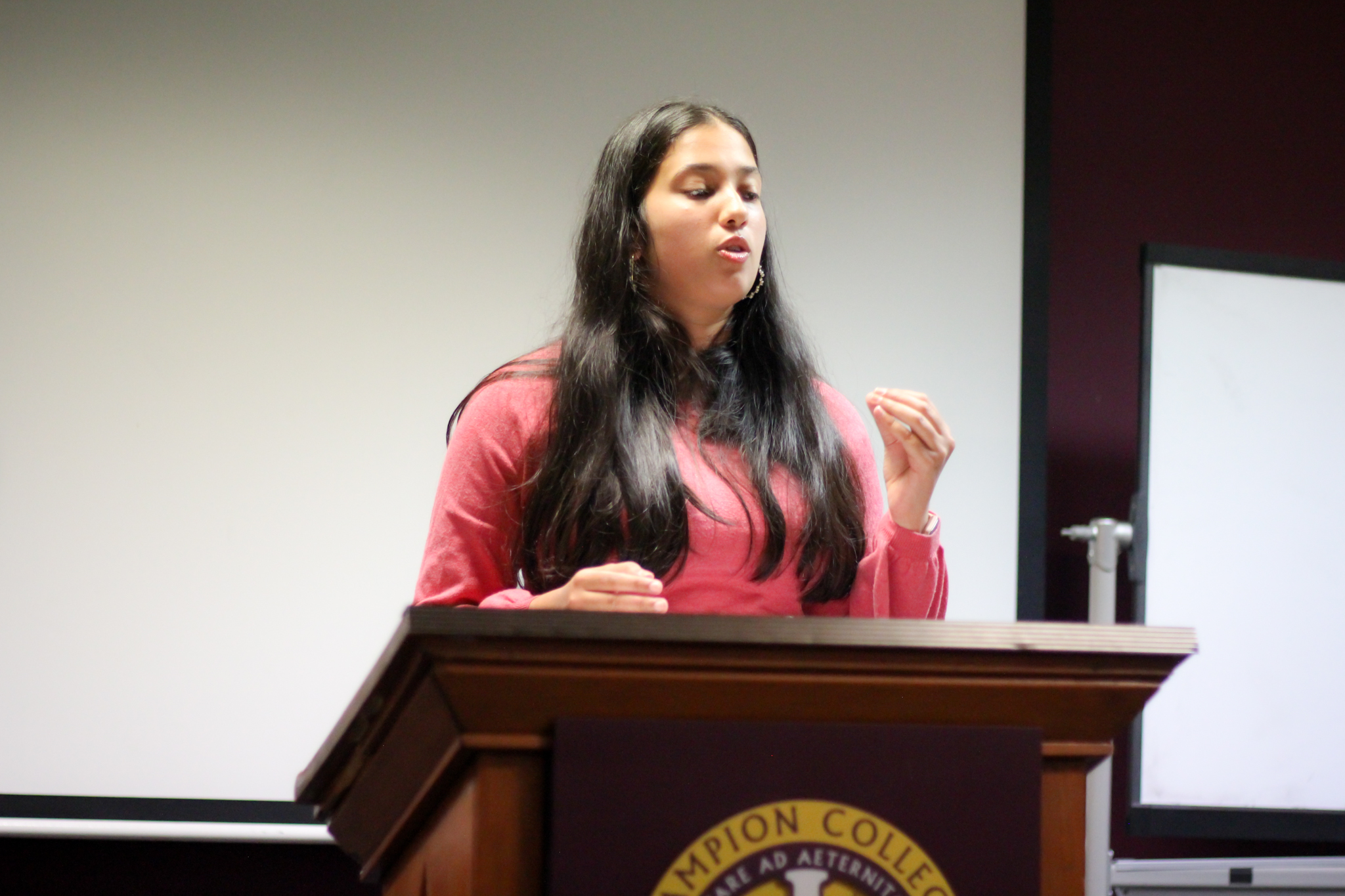 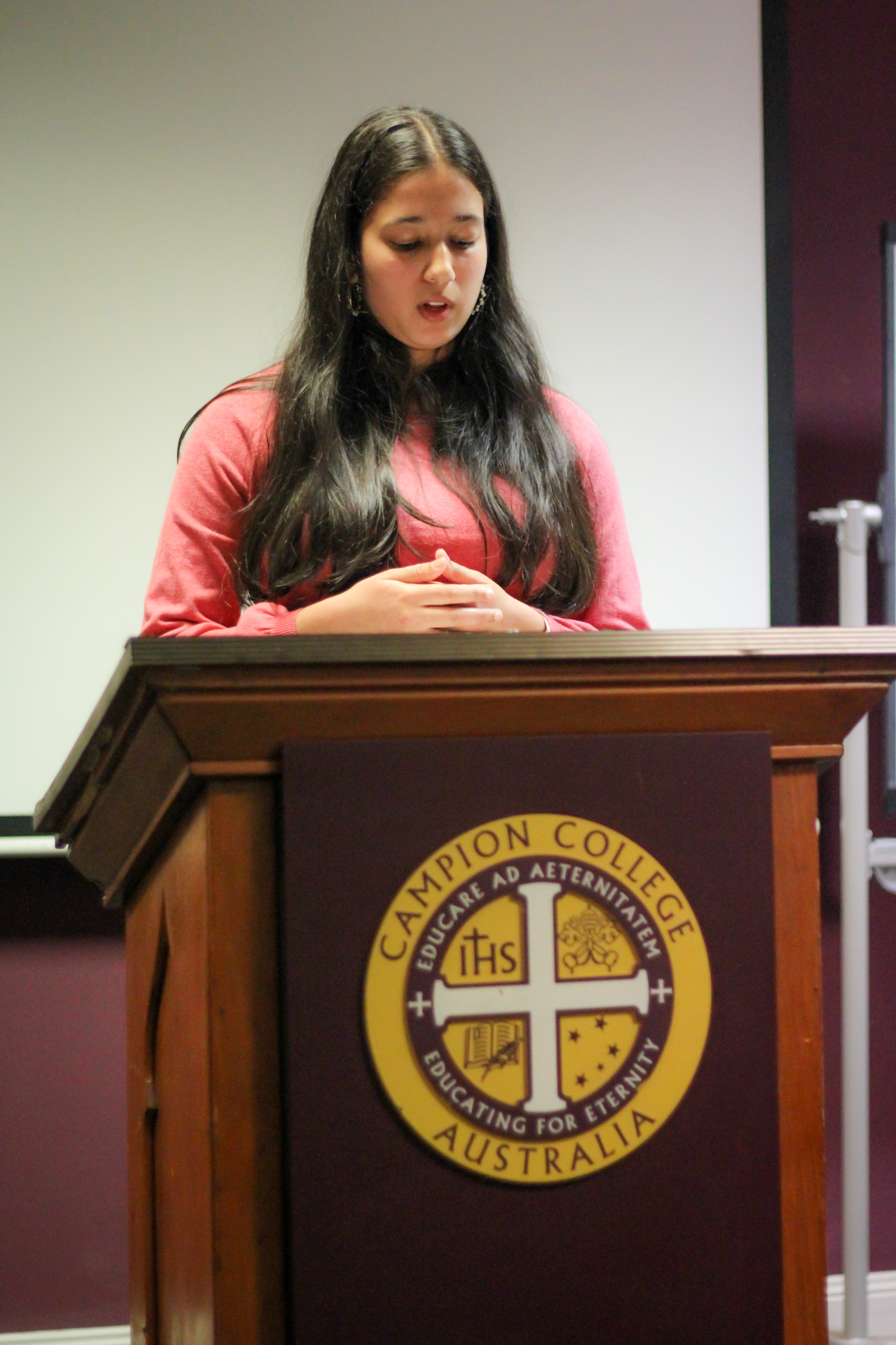 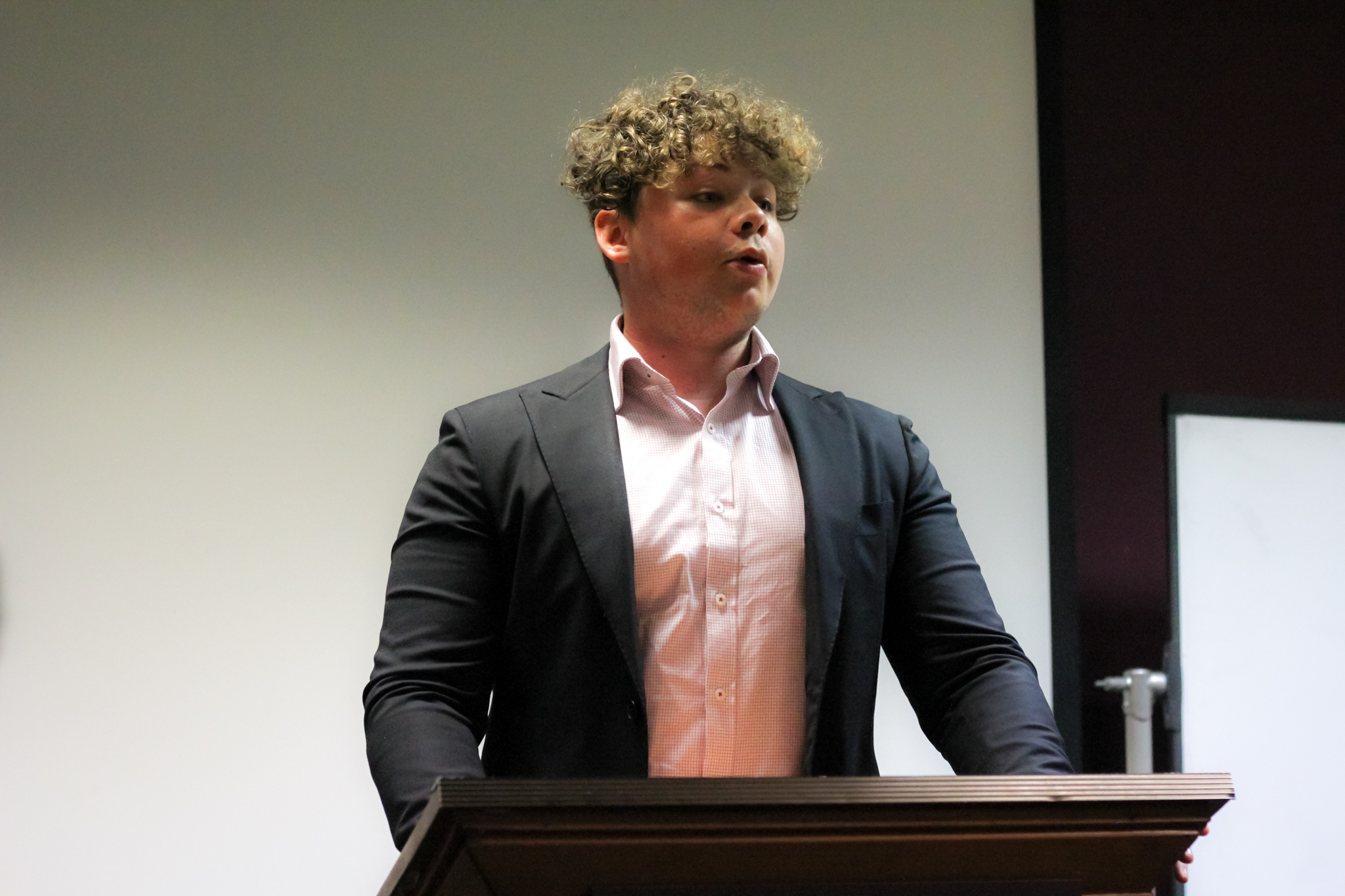 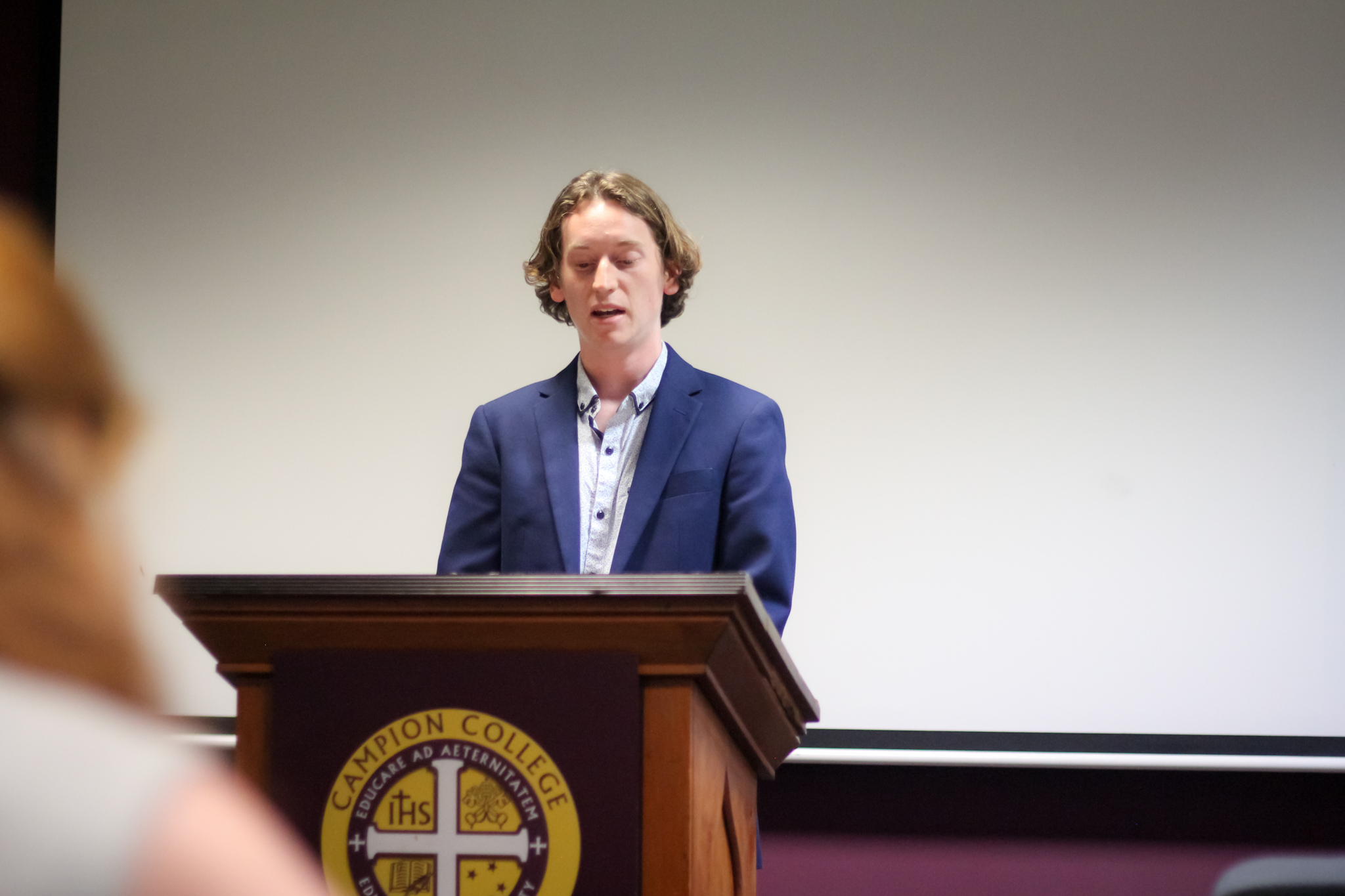 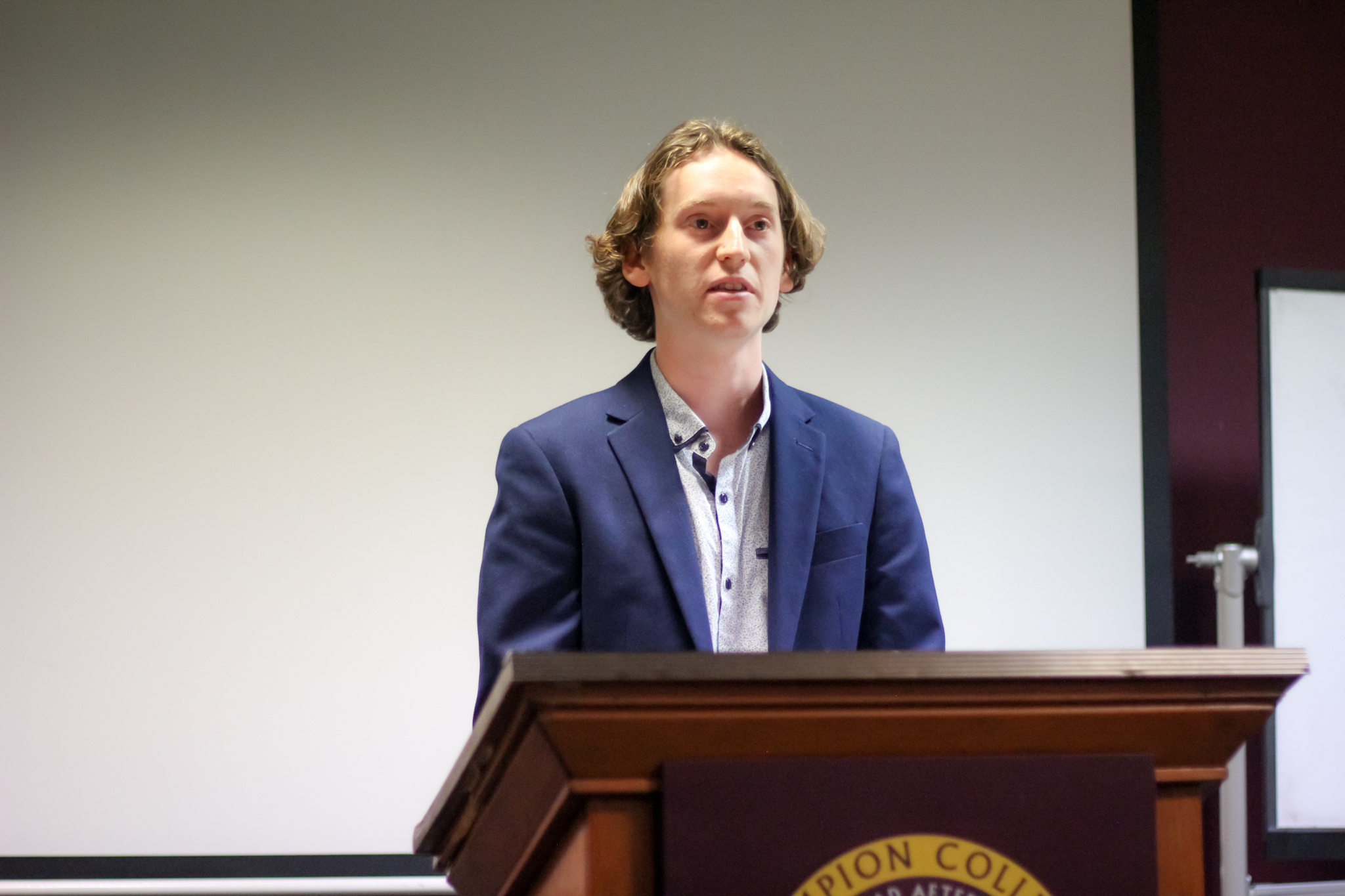 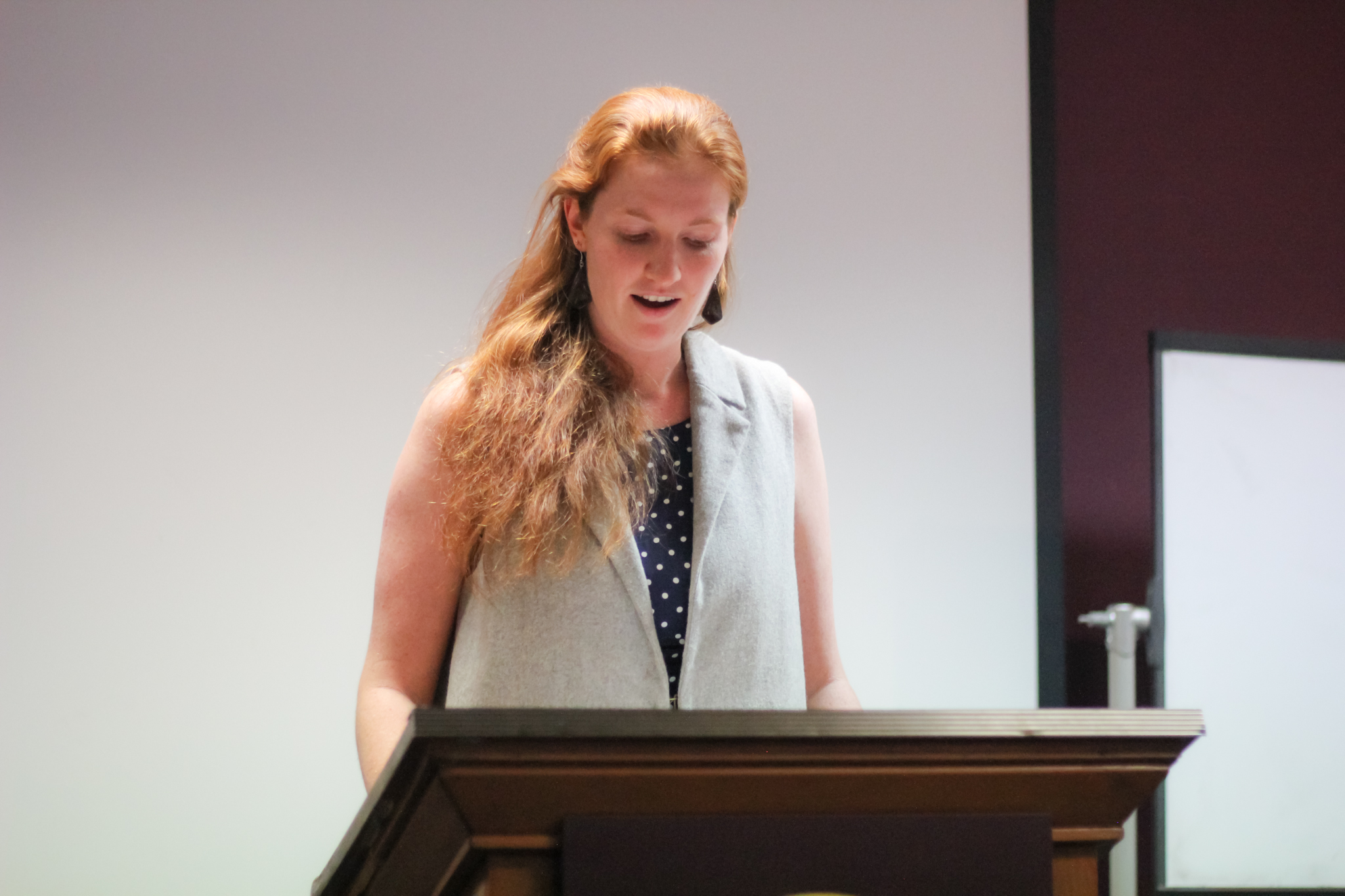 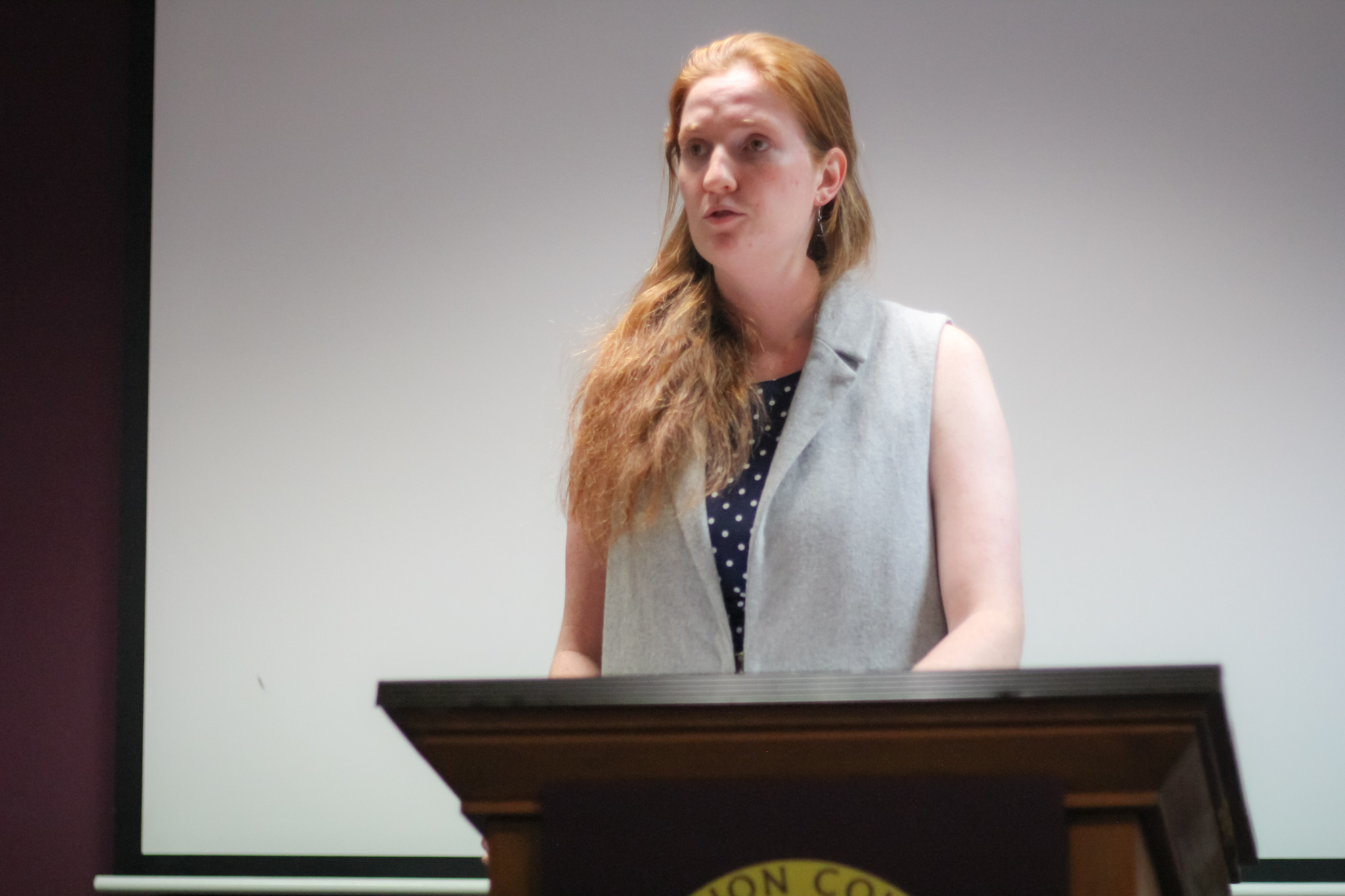 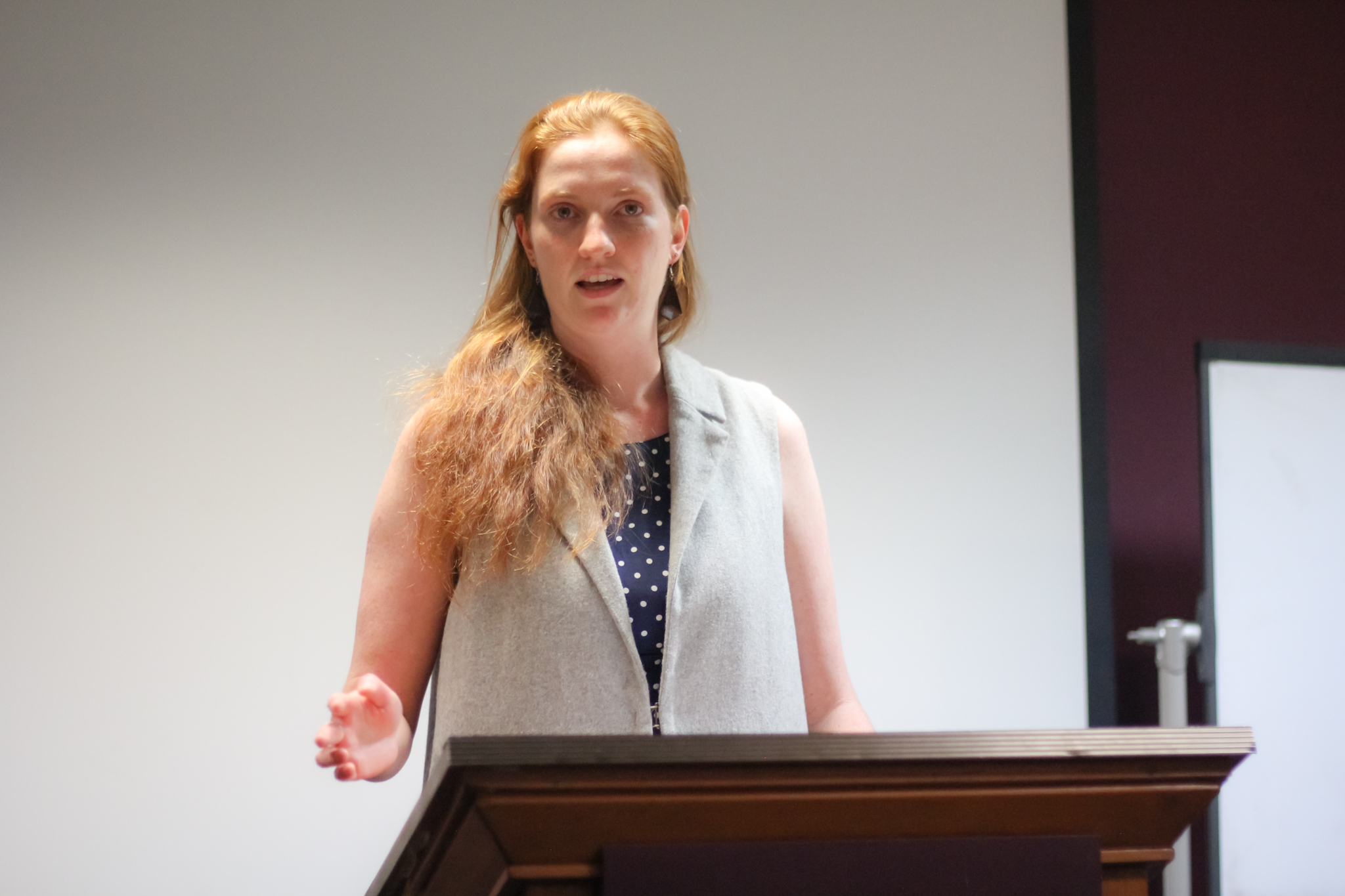 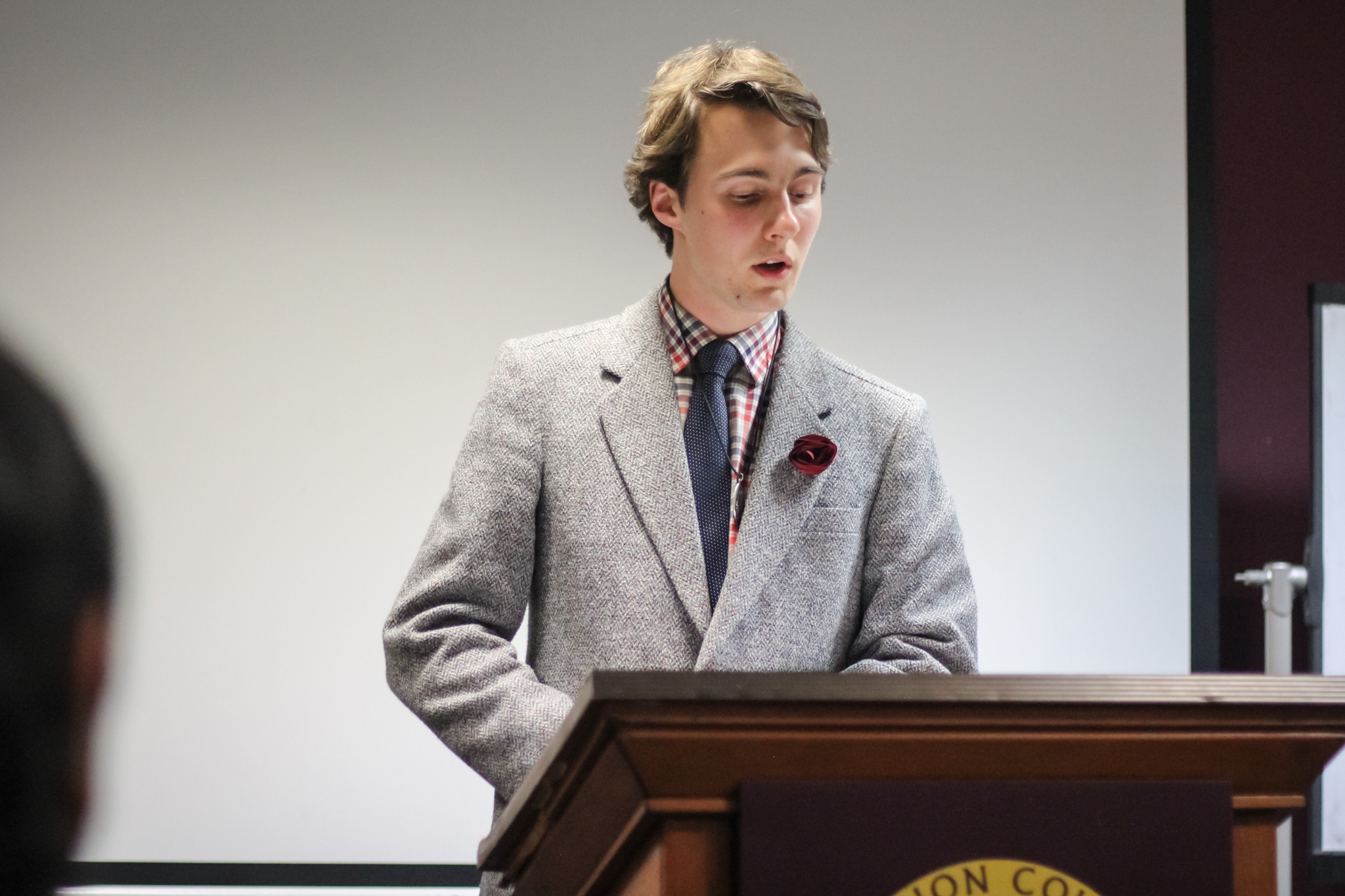 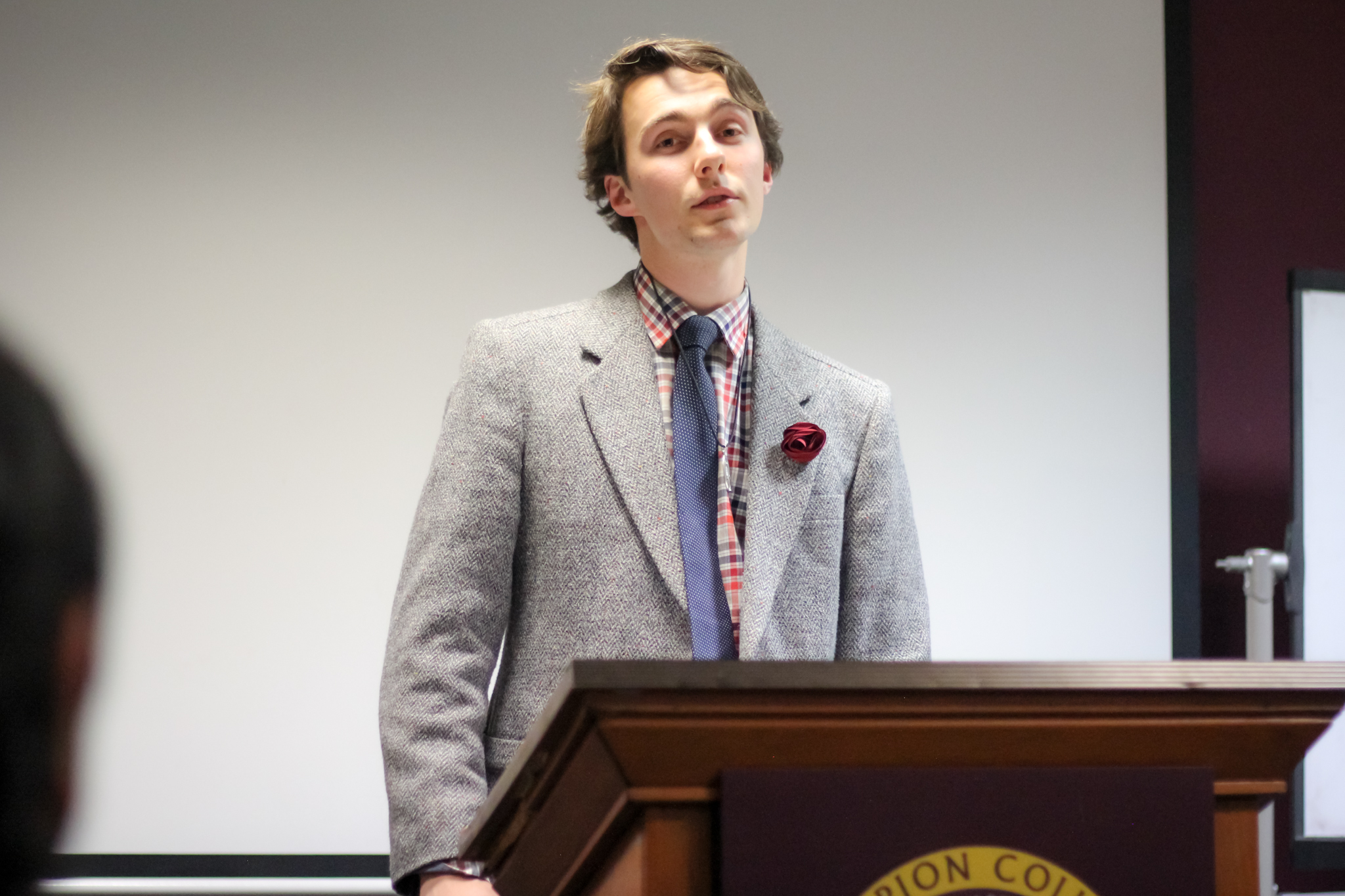 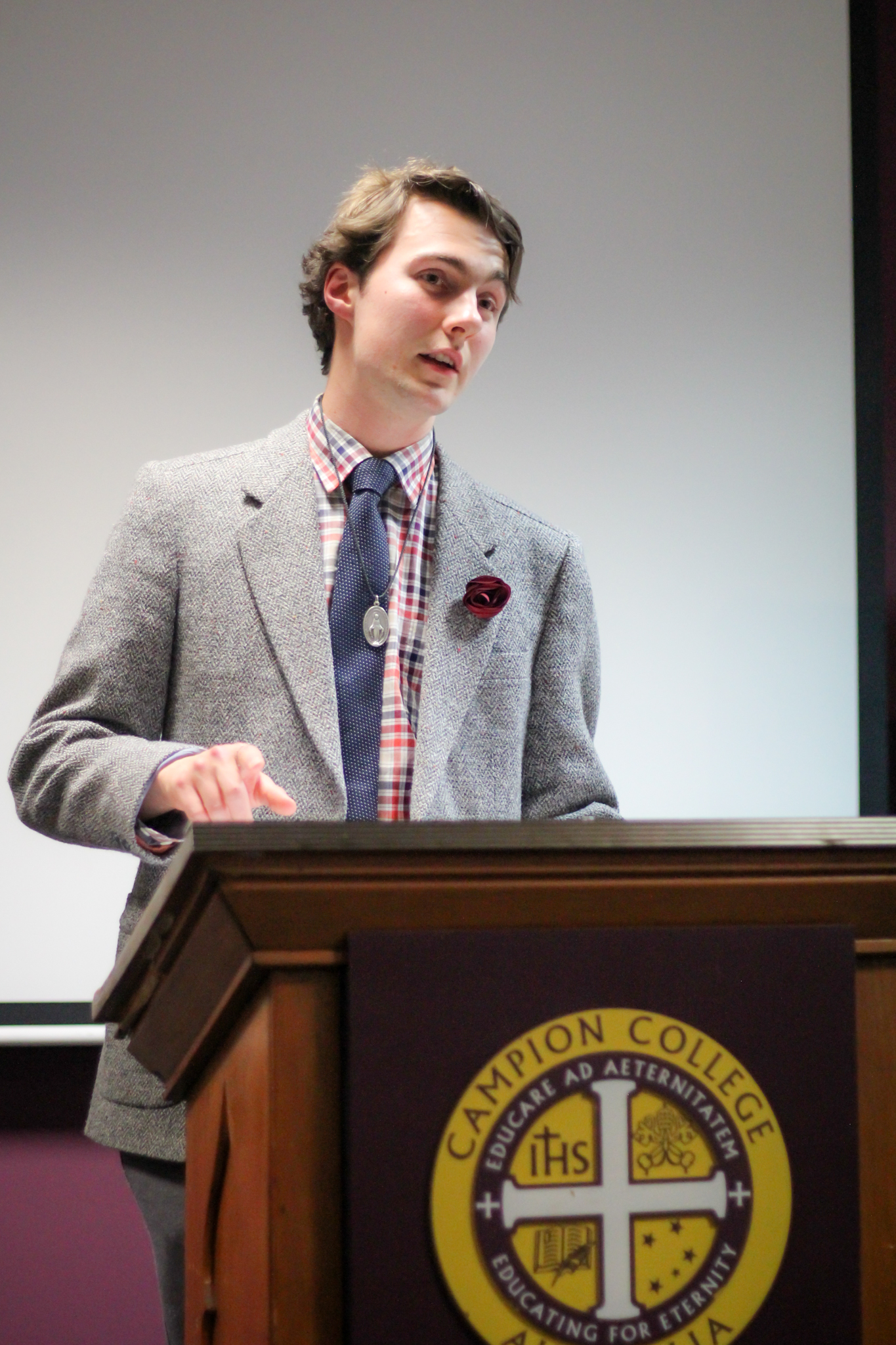 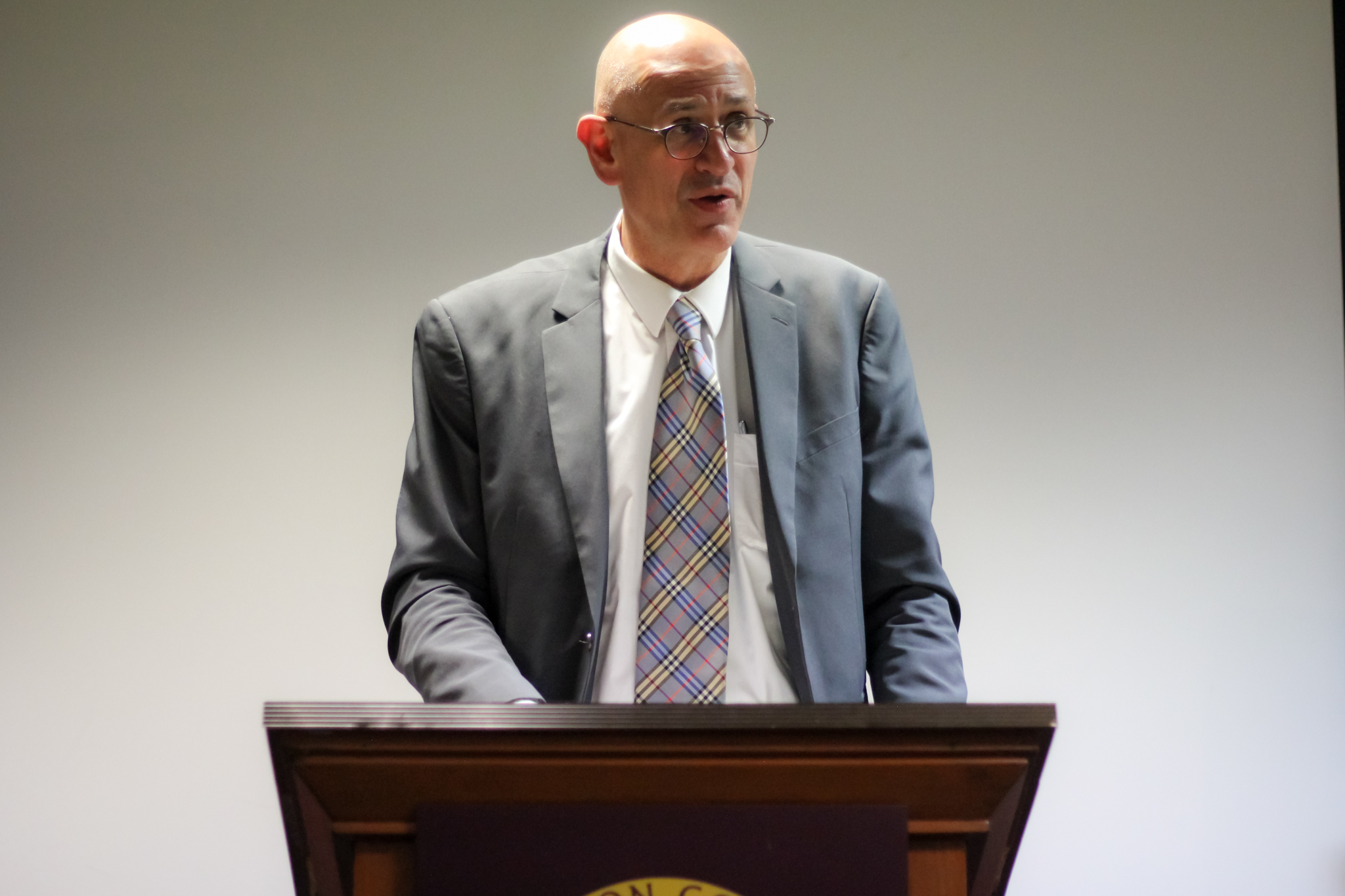 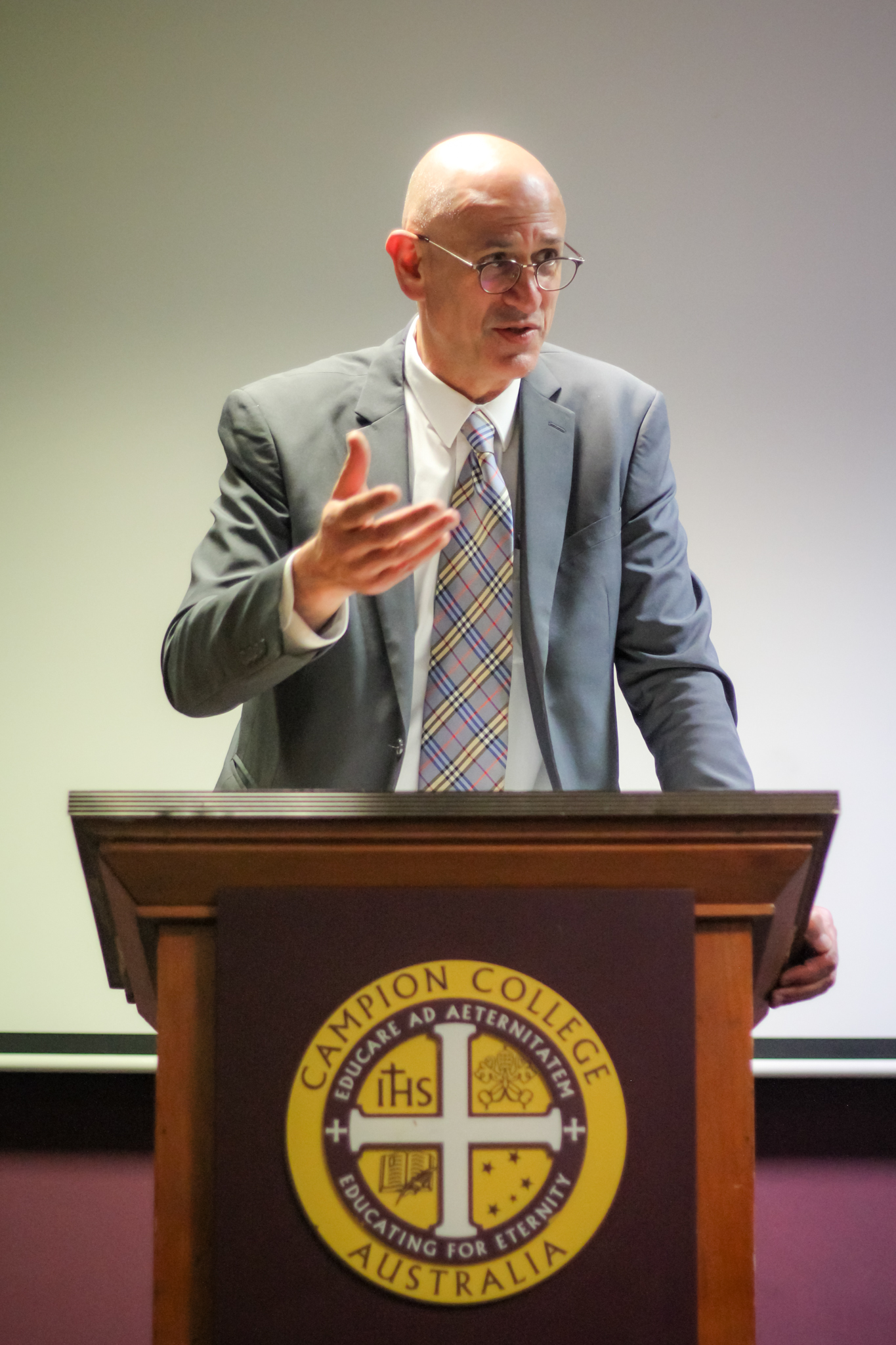 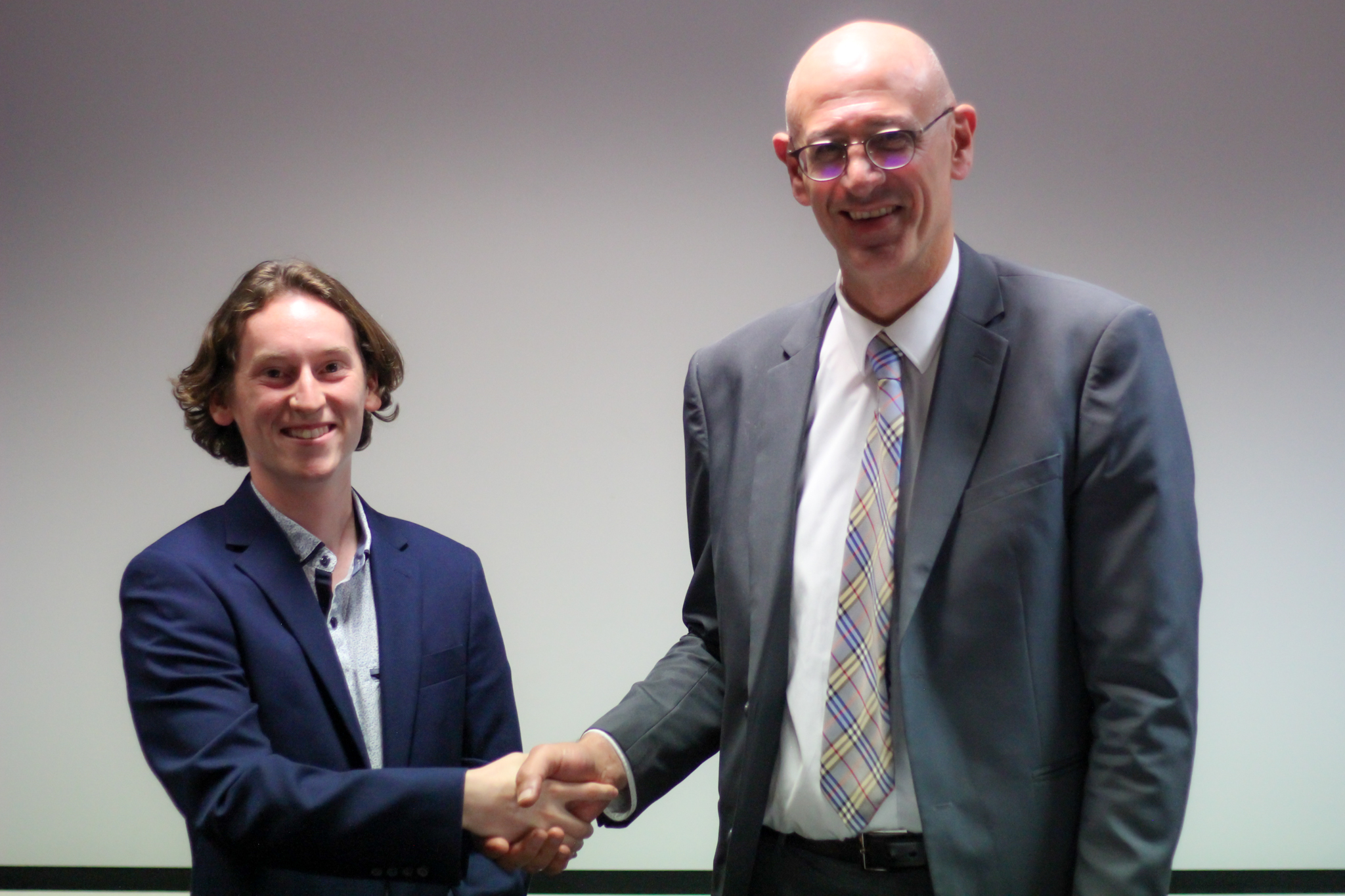 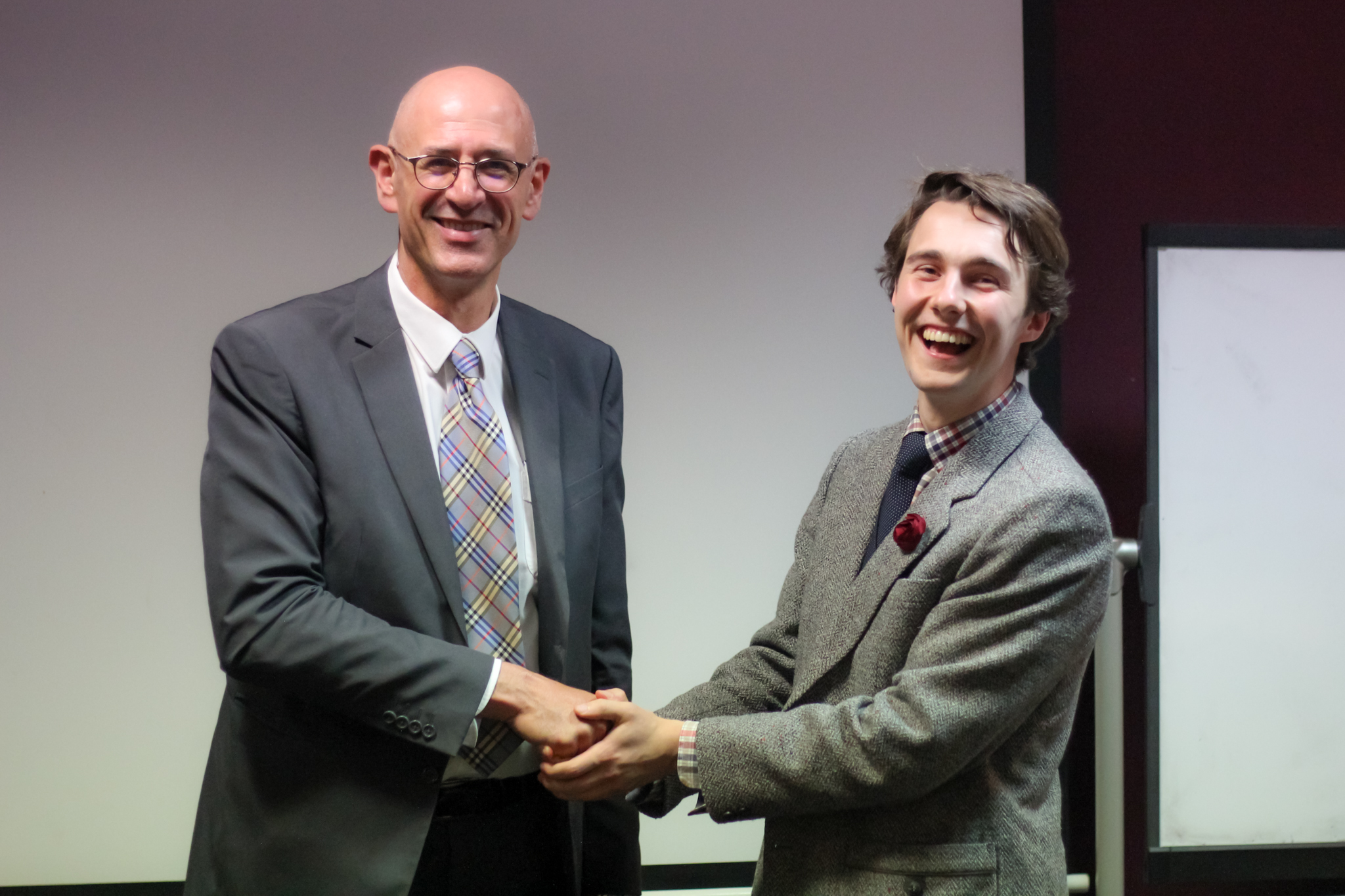 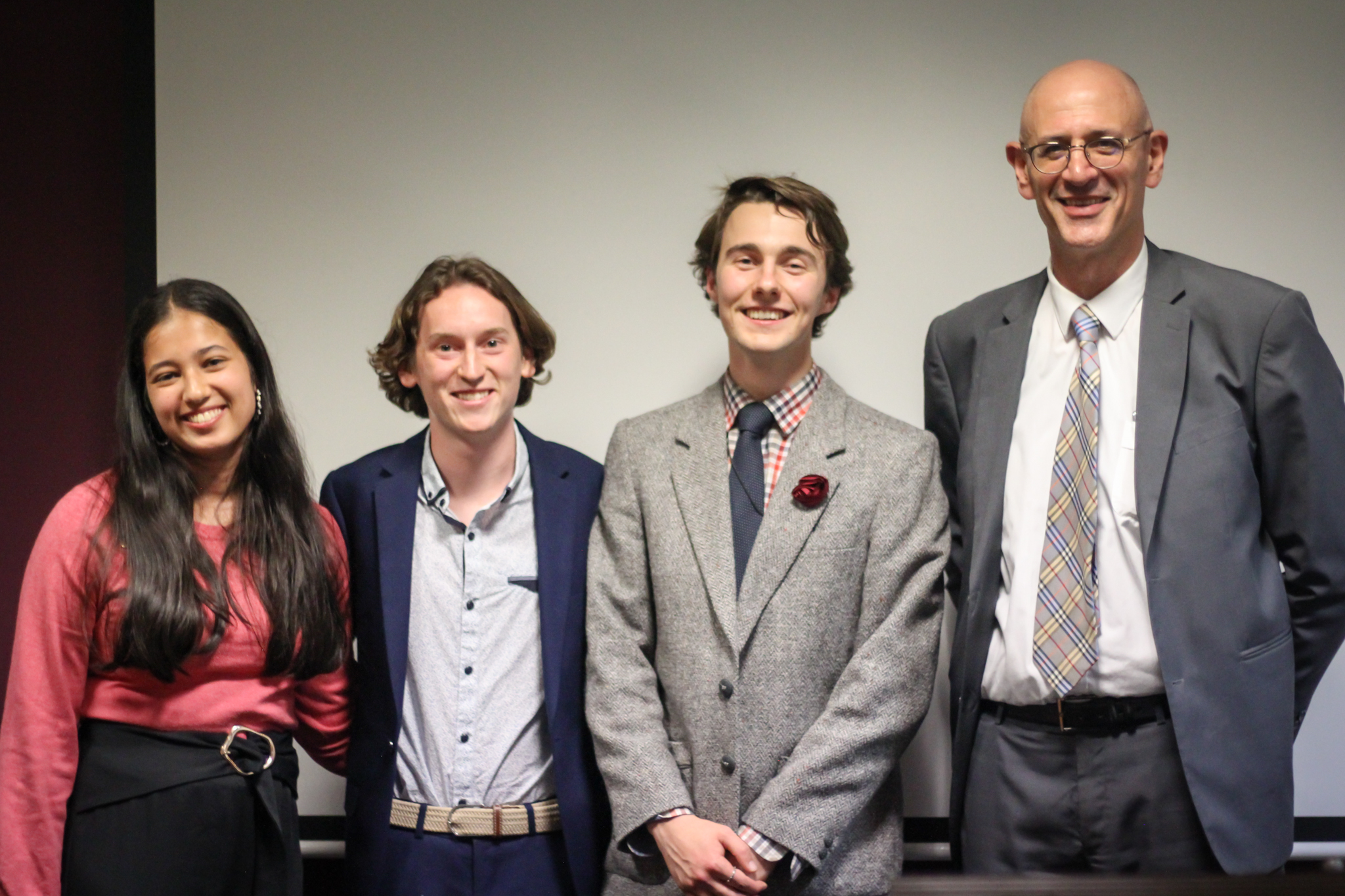