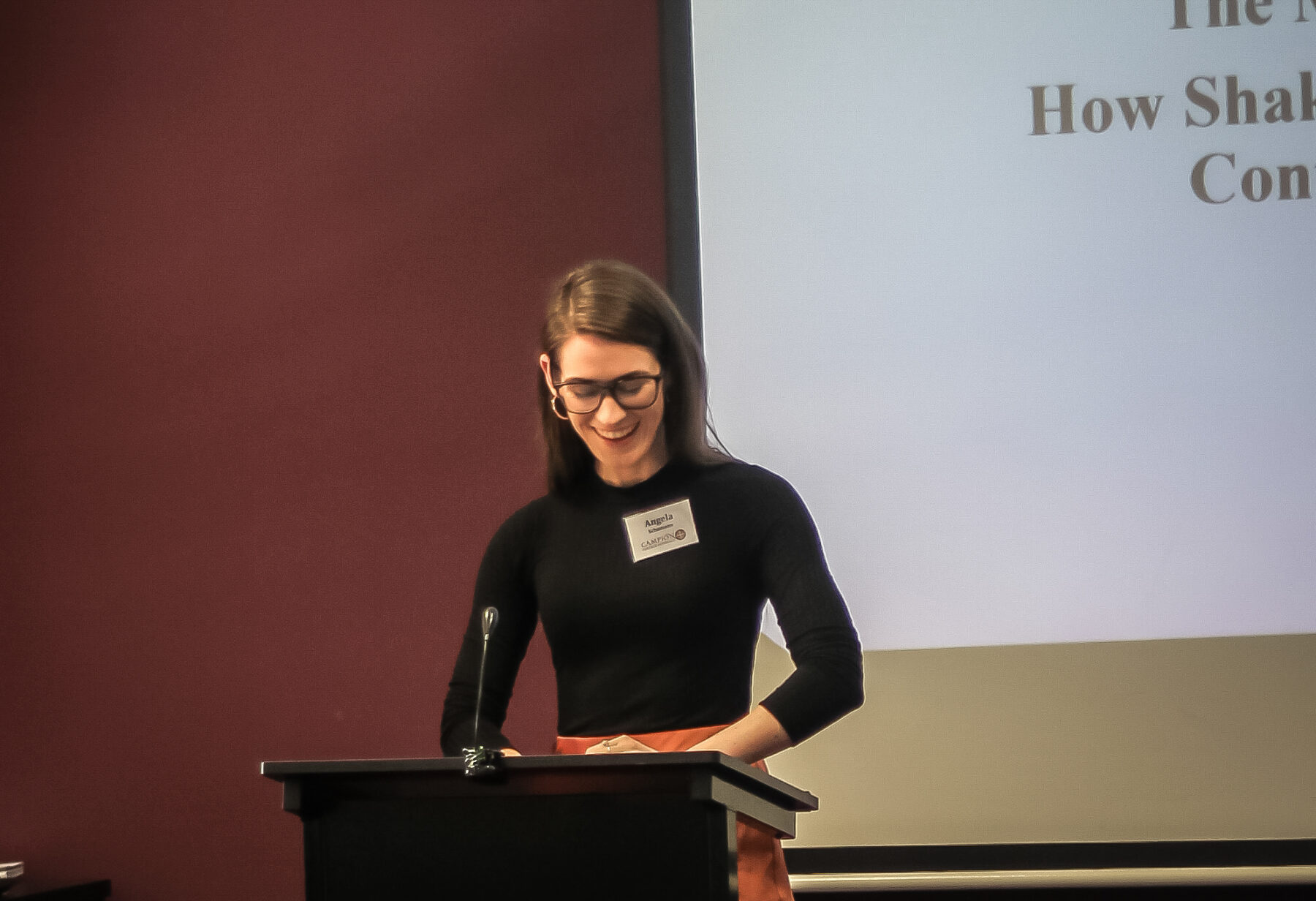 Angela, who is completing a PhD on Shakespeare at Monash University, spoke at Theology at the Pub on Monday to discuss the question of whether the English language’s greatest playwright was a Catholic.

After graduating from Campion in 2011, Angela returned home to Melbourne to study Honours in literature before beginning her PhD at Monash. Her PhD thesis tackles the hefty topic of confession and self-deception in Shakespeare’s plays.

Angela’s entertaining talk was uploaded to YouTube yesterday and is available for viewing below.