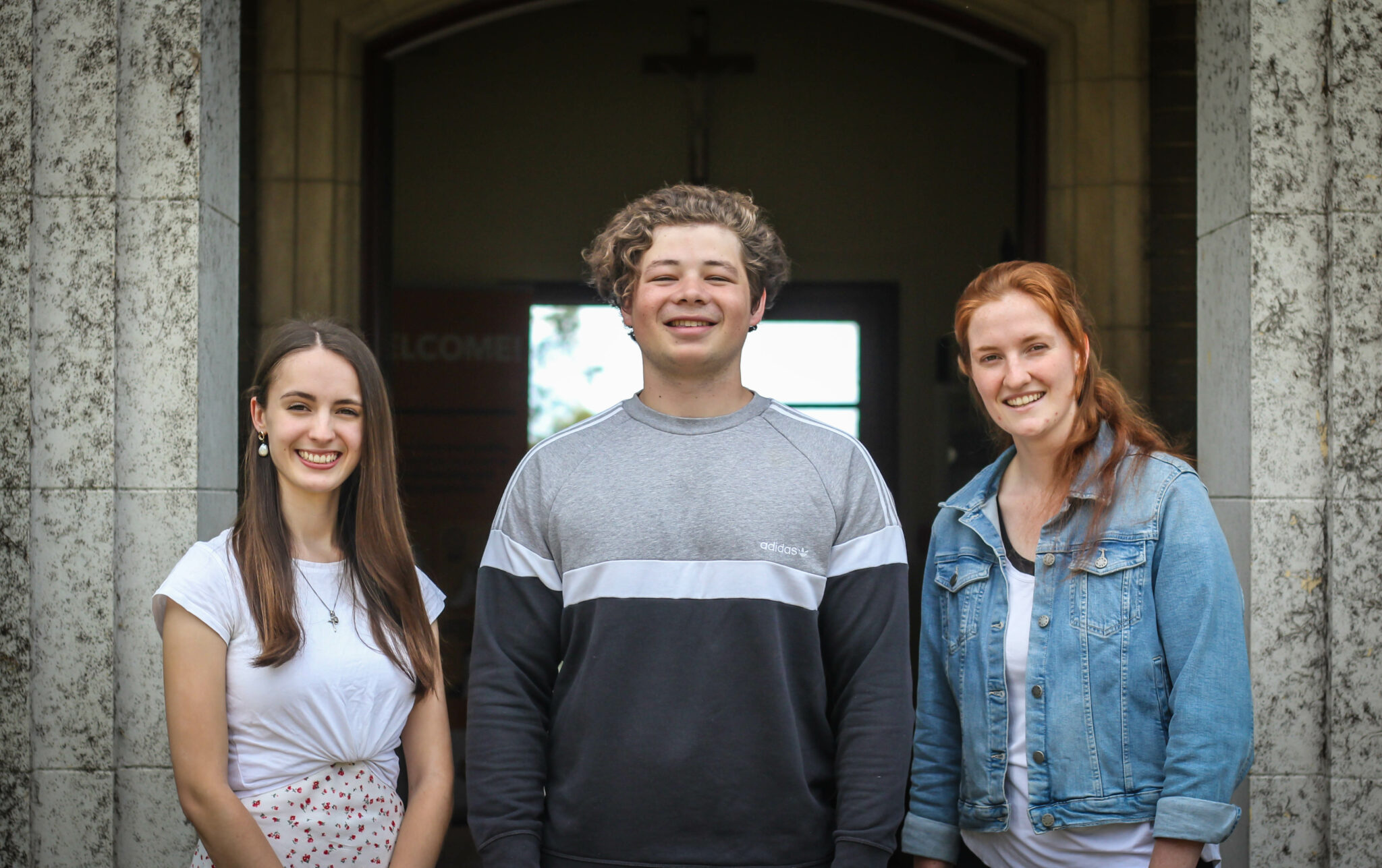 The competition, which was held online this year, was the first since the inaugural event in 2019. For the past several weeks Campion has debated other university chaplaincy teams on such theological issues as the papal role in the canonisation of saints and the morality of adopting frozen embryos.

Archbishop Fisher said he was deeply impressed by last night’s theological arguments made by both teams on the topic, did Mother Mary undergo bodily death prior to her assumption into heaven?

Campion, which won the coin toss, argued in the affirmative. First speaker Sophia Shogren argued that the Scriptural depiction of Mary teaches us that her humility and submission to the will of God were perfect, and that she always submitted to the Jewish law, even when it did not apply to her as the Mother of God.

“Though her death was not necessary, it is fitting that she followed her Son in death, desiring to be united to Him in all things,” argued Sophia.

Her argument was expanded by second Campion speaker Ashleigh Mills, who demonstrated that the longstanding tradition of the Church, including many Church Fathers, saints and doctors of the Church, was that Mary died prior to her Assumption into Heaven.

Campion’s team was cheered on enthusiastically, if silently, by a large gathering of Campion students, who gathered together on campus to watch the online event.

Archbishop Fisher gave an in-depth analysis of the debate at its conclusion, finally naming Campion College the winning team with a total score of 78, over Macquarie University at 76.

Smiles all round: the debaters the day after their victory.

Deon Testore, who is also President of the Campion Debating Society, sent Campion this reflection on the competition:

When I first received the invitation for Campion to participate in the Archbishop’s Cup, I was faced with the difficult choice of choosing a team. Despite having very little experience in debating, I chose Ashleigh and Sophia because I know them to be intelligent, virtuous and hard working women. Our first couple of meetings were full of nervousness on their part, as they realised the College’s reputation in this competition rested on their shoulders.

It filled me with pride to watch these young women grow so rapidly from very little experience and confidence in debating, to becoming the best debaters in the competition, in only a matter of weeks. I think I chose well. And my first congratulations and thanks go to them for all their hard work, sacrifice and commitment on top of all their other obligations as high-achieving students.

I have a deep love for Campion, and what it represents. It is unapologetically Catholic, and although we are a small college, I believe it deserves all the prestige in the world. Therefore, I made it my mission to do everything in my power to ensure that we won.

It was definitely a David and Goliath battle, and when the competition first started I don’t think many of the general audience took our team seriously. Larger and more prestigious institutions like Sydney University or UNSW were favourites to win, not to mention the reigning champions Macquarie Uni. I have always loved an underdog fight, and it makes the victory all the sweeter.

Winning the competition was a very humbling experience for me, partly because I feel I have proved myself in the eyes of the Campion community as Debating Society President, and partly because I know the victory is not my own, but belongs to everyone at Campion. Seeing all the students gathered to watch via Zoom, and watching their crazy reactions as we won, was the most gratifying part of the whole experience. Because ultimately, we did it for them, and this is the College’s victory.

As for the debate proper, it was clearly very difficult. But as I told my team before we debated, you must always have confidence in yourself, and not only believe, but know that you will win. The first battle is in the mind, always. If you lose that battle, if you doubt yourself, then it’s usually over before it begins.

This shouldn’t be an unfounded confidence. I know my team had poured a ridiculous number of hours in preparation, and so they had every right to believe in themselves. Whilst the opposition put up a worthy fight, I thought we were more collected, assured, prepared and persuasive, and it was this that allowed us to dethrone the reigning champions. To have the Archbishop himself crown us the victors, the best Catholic debtors amongst the universities of Sydney, was nothing short of amazing.

I would also like to extend a special thanks to Campion theology lecturers Dr Jeremy Bell and Fr Luke Holohan, who were most gracious in their assistance of the team when we asked for their advice or insight on what were some incredibly challenging topics. We could not have done it without them.